Continuing my s4 recaps with this first part of Steve´s tongue. There´s that pink beast teasing us again….sluuuurrpp 😉

Oh and one with Alex showing immense self control. The beast was not allowed 2 enter for air!

As Alex O’Loughlin headlines the exciting remake of Hawaii Five-0, he reveals the challenges of uttering the pop-culture catchphrase “Book ’em, Danno”

By Dylan Howard and Gerri Miller,

At a shopping mall in the Kahala neighbourhood of Honolulu, Hawaii, there’s a sculpture of actor Jack Lord, who played Detective Steve McGarrett in the original version of the TV series Hawaii Five-0.

It’s only a bust, but it reminds Alex O’Loughlin that he has some big bronze shoes to fill every time he passes by. O’Loughlin, the Australian actor best known for his previous series Moonlight and Three Rivers, and the rom-com The Back-up Plan with Jennifer Lopez, has inherited the memorable role of McGarrett in the modern reboot of the action series, which premieres in Australia this month on Network Ten.

“I’m an Aussie playing one of the most iconic American television characters of all time.  It’s a real honour for me,”

says the Canberra– born actor, for whom any early reservations about the show’s success or his part in it have vanished amid stellar ratings and an enthusiastic reception in the US, as well as worldwide.

“Sometimes you think something is going to do really well and it doesn’t, or vice versa. But everywhere I go now people want to shake my hand.

We can’t shoot the show without having security around,”

he says, recalling a recent off – the-set shopping trip where he was mobbed for photos and autographs.

“This might turn out to be my biggest break so far,” he acknowledges. “But I’m just taking it one day at a time.” 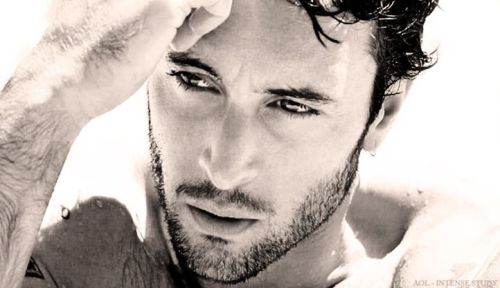 O’Loughlin, 34, wasn’t even born when the original Five-0 began its 12-year run in 1968, but anyone familiar with the original series can expect a different take — with lots of action, humour and a modern sensibility thrown in for pretty good measure.

The storyline goes as such: back in Hawaii to investigate his father’s murder, Navy SEAL- turned-cop McGarrett is tapped to head an elite police task force, and recruits New Jersey transplant Danny “Danno” Williams (Scott Caan of Entourage), Chin Ho Kelly (Lost’s Daniel Dae Kim), and rookie cop Kono Kalakaua (Battlestar Galactica’s Grace Park), who is Chin’s pretty cousin — with the latter part played in the original by a hefty Hawaiian dude who went by the single-name moniker of Zulu.

But producers knew better than to mess with other touchstones of the show, including familiar Oahu locations, Morton Stevens’ instrumental theme and the classic line, “Book ‘em, Danno!”.

“I try to figure out a new way to do it every time, to change it up,”

says O’Loughlin, whose bantering relationship with Caan is central to the show, and carried over off-screen.

“We’ve hit it off and become mates,”

he says. Military veteran McGarrett is more of the straight man, though O’Loughlin’s portrayal is less stoic than Lord’s.

He learned how to defend himself and his honour very quickly and very young in life,” he says.

“He doesn’t take any crap. And if you’re in with him, he’ll die to protect you.”

Signing on to Five-0 meant moving from Los Angeles, his home for the past six years, to Oahu, and although he initially felt isolated living in a hotel on the pilot episode, he now has a mountainside house with a great Pacific view, and loves island life.

“When I wake up, I make a cup of coffee and I look out the window — I view the surf report from there,”

says O’Loughlin, who, needless to say, has taken up the sport.

“I can see about five different breaks from my house, and each night I can see the sunset from my house. It’s an amazing place to live. It has just totally become my home since.”

He nevertheless plans to keep his Los Angeles pad until he receives the official go-ahead about the series’ second season this spring.

Interestingly enough, being a graduate of the National Institute of Dramatic Art in Sydney from the 2002 cohort, O’Loughlin had always planned to head to L.A.

“It wasn’t about the bright lights of Hollywood. It was about the pool of talent,” he explains.

Of course, it was by no means an easy task at first.

“I was the second-best actor for a lot of jobs, and I lived on a friend’s couch for about nine months,”

he recalls candidly. In fact, in one of those “almost” situations, O’Loughlin lost the role of James Bond in Casino Royal to Daniel Craig.

“I think I was a little bit young for the role.” Nevertheless, he “got to be Bond for a day” at the screen test, and “walked away having learned about myself as an actor with regard to my ambition, and about my achievement,” he says, convinced that when the role he is right for comes his way, he’ll be ready for it.

What he’s still coming to terms with is the invasion of privacy that accompanies fame. He laughs at the absurdity of a rumour that AC/ DC rocker Bon Scott was his father, calling it

“benign, not slanderous or harmful to my family or myself, and kind of cool.”

But he’s bothered that the career he’s chosen may impact the people in his life, including a young son in Australia, whom he’s tried to keep out of the press.

“I’m very protective of my family, and I don’t ever want this stuff affecting them.

Usually I’m okay with it, but sometimes I want to just go home and shut the door. I’m a very private person, and this loss of anonymity is the hardest thing to deal with.”

Now, living in Hawaii, just a nine-hour flight away from Sydney, he’s slightly closer to Australia.

“I miss my friends. I miss going out for the Sydney Morning Herald and a really good breakfast,” he admits, but his job keeps him too busy to dwell on that.

“It’s a really big, ambitious television show and I’m in a lot of it. There’s a lot of action, and the three Cs: comedy, character and crime.

For people who like crime-fighting and cop shows, it’s got that. The characters are really well-rounded, and there’s a lot of really funny stuff,” he says, encouraging Aussie audiences to check it out.

“I really think this is going to be a show that everyone will enjoy.”

One of Alex O’Loughlin’s top tips for Hawaii is a skill he learned on the island: surfing.

“I was actually deeply humbled by God yesterday when I went for a surf,”

he says. Although he grew up in Australia, a country where surfing is renowned for being a favourite past-time, it wasn’t until Hawaii Five-O that he began taking to the water with a board.

“I learned how to surf when I got here,” says O’Loughlin. “It’s the most amazing scene here, almost life-changing.

I’m trying to transition into a short border at the moment. Some people are telling me it’s a little early for that. So of course, yesterday, I fell.” 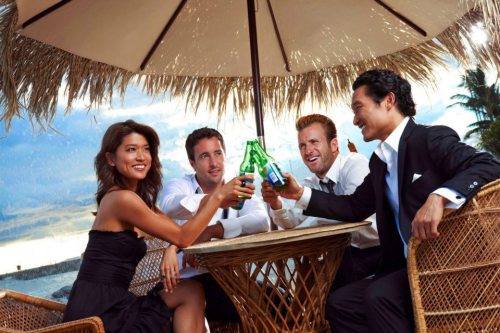 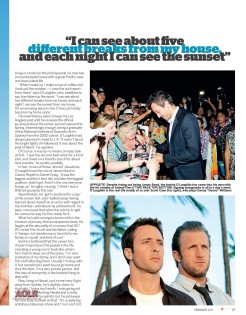