All the sexy men in Hollywood are …… Australian – April 2008

Alex O’Loughlin is hot property in Tinseltown, with a supporting role amongst a phenomenal cast of the new film August Rush (in cinemas now) and plays the lead in the US TV series Moonlight (which airs on Channel Nine). Plus, he’s dating the gorgeous Holly Valance.

Cleo: How often do you get back here?

Alex: I get back as regularly as I can. This year’s been good because I’ve had a couple of times where my family have actually come out to LA which is the first time. I moved there three years ago and was commuting back and forth for a few years before that. So this is really the first time I’ve had my peeps over there and it’s just lovely to show them where I live and all that sort of thing.

Cleo: How hard was it when you first hit LA as an actor?

Alex: Pretty hard. For the first few years when I was going back and forth, that’s one thing, because you’ve always got a return trip in your back pocket so you can go back anytime. But it’s frustrating and such hard work, there’s so many people you have to meet.

It wasn’t till I packed the final bag and took the one-way ticket and made the final move. The first year was very difficult for me and there were a lot of times in the first year when I wanted to shut up sticks and leave.

My car got written off and my stuff got stolen I had in storage, which was pretty valuable and all this stuff happened and I was thinking, ‘‘What am I doing? ‘‘. So there were a couple of times where I was thinking of pulling the pin but the people around me, my mates over there and my mates here, kept reminding me that these are really the months that determine the man you are. It paid off.

Cleo: What was it like to get a part in a film (August Rush) with such an amazing cast?

Alex: I read that script and I knew I had to be a part of it. I know that sounds corny, but I was like, ”I’ll kick down doors to get something in this’‘, because it was such a wonderful script.

Kirsten Sheridan, the writer-director, her father Jim Sheridan is one of my all time favourite directors who’s an absolute genius.

I also have a real affinity with the music [that is part of the storyline], it’s not something I’m really good at but it’s something I really love. And I ended up playing my own guitar in the movie and I learned every song we ever played.

The Band in August Rush

I started out going for the lead, which was Jonathan Rhys Meyers character, but in the end I’m not a name and they needed a name to fill the lead. I put so much into these auditions and I recorded two songs and played them in there and did three pages of thick Irish brogue singing, so it was quite a production to get a gig on, but once I got the role Kirsten and I became mates pretty quickly and she developed a role and made it about three times the size it was and really fleshed it out for me.

It was tricky, because I had to accept a local hire which is a kind of contract with Warner Brothers where I had to find my own accommodation and being in New York for four months, you do the maths, you don’t end up making money doing a film like that, but to have it on your résumé, these are the sacrifices you make. 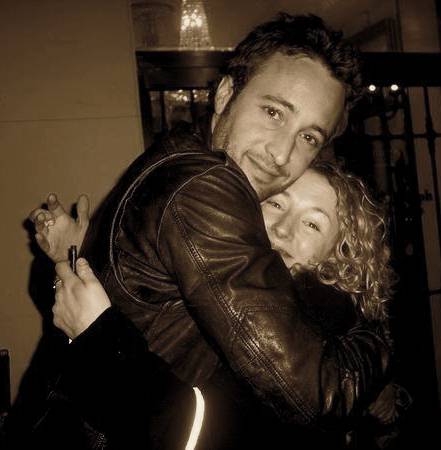 Cleo: Jonathan Rhys Meyers plays your brother in August Rush. What is he like?

Alex: He is sort of a model-like, beautiful person and I’m this hairy Aussie dude and I’m thinking, “No-one’s gonna buy it”. But we got on famously. We jammed together every day and went out at night.

Cleo: Is it frustrating that it takes so long from filming to release in projects?

Alex: I like theatre so much because there’s that immediate satisfaction and that immediate acknowledgement. From two minutes of walking on stage there will be an audience to respond and you’ll see the tone of the audience.

It’s a whole other animal then when you film. All this time passes and you grow as a person and you change as a person so much. So it can be a little daunting in that respect and then you’ve got obligations when it first comes out to go and back it up and do promotion. I try to see everything I’m in once, but I’m not comfortable doing it. I find it excruciating.

Alex: I really like the weather, because I can ride motorbikes all year round.

Cleo: Are you a motorbike addict?

Alex: Yeah, I am. The studios hate it. That’s just something I’ve always loved.

Cleo: Do you have a favourite place?

Alex: I’ve got a lot of favourite spots. I love being close to so many different getaways — it’s like Australia in that sense. I had some family over at my joint a couple of months ago, which is in the West Hollywood Beverly Hills area, and we got on the freeway and in an hour and a half we were in the most beautiful alpine country in Lake Arrowhead, in the middle of the lake fishing.

Then we got in the car a few days later and we were all rugged up because it was snowing. Drive a bit more and we were in the middle of the desert and floating round the pool — it’s mad to be able to do that.

But it has taken me a long time to get used to the way LA is you know because there’s heaps of surgery, heaps of sex and there’s so much on show. Whereas Australia’s different, we don’t subscribe to that bull****. I found it quite confronting, but I’m at the point where you just plug in for it. 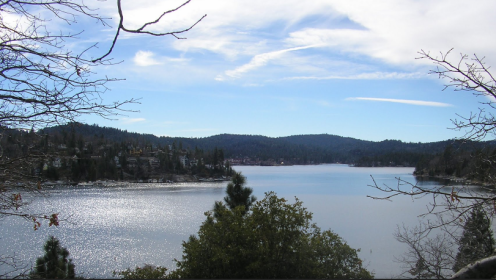 Cleo: Is it hard seeing Holly in kissing scenes?

Alex: You don’t wanna see someone you love intimate with another person. I mean, it’s a crap situation, but it’s part of the deal.

You really have to grow up with that stuff quite quickly. It’s a strange teenage angst you get. Like, ”Get your hands off my girlfriend”. But it’s natural. I’d be a bit concerned if I didn’t feel anything.

The thing is, you have 50 crew members around you, a boom up your ass and a camera up your nose so, I you’ve got to keep it in perspective and not sweat it too much.

Cleo: How would your friends describe you?

Alex: My friends would say I’m dependable, a joker, intelligent. I’m multi-talented, probably because I’m so ADD. I can also be quiet.

Cleo: How would you describe your fashion clothing style?

Cleo: Do you go for girls who are blonde and busty, brunette and cute, sporty and tanned or intelligent and shy?

Alex: I don’t have a type. I like pretty, smart, funny girls.

Cleo: Who did you idolise when you were growing up?

Alex: Heavy metal band Iron Maiden. I had an Iron Maiden poster, I idolised Johnny Depp and Monkey in Monkey Magic. My mum made me that gold crown he used to wear. 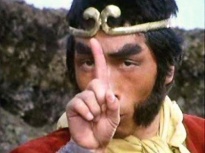 Cleo: What would you spend your last $5 on?

Alex: Probably a bus ticket out of wherever I am.

Cleo: How do you usually spend weekends?

Alex: Surrounded by music and my people.

Cleo: Do you have any pet peeves?

Alex: People who still believe in the class system, and people who fart and don’t admit it. The only other thing I hate is when Australian people talk like ‘Oz-stray-ya’.

Cleo: Anyone you would love to meet?

Alex:  I would really love to meet Al Gore at the moment actually.

Cleo: Five years from now, where would you like to live?

Alex:  On a beach somewhere in Australia. 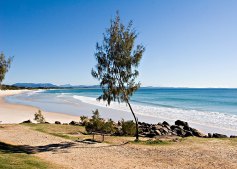