He’s smokin’ hot and he sleeps in a freezer! We’re not kidding! Starting Sept. 28th on CBS, you can get acquainted with TV’s hottest vampire P.I. since “Angel” on the new series “Moonlight”. Aussie Alex O’Loughlin plays Mick St. John who was turned vampire back in the 1950’s by his vamp bride Coraline (Shannyn Sossamon).

Mick had rather aid the living than call them dinner. In fact, he has the hots for one of them, Beth Turner (Sophia Myles) an investigative reporter while wifie from hell, Coraline forms the other point of this otherworldly triangle.

At a recent press event to introduce the new show, we were treated to a filmed “Interview with the Vampire”, as “Mick” answered Q’s about his nightcrawler habits. We learned that this isn’t your grandma’s bloodsucker.

He’s very 21st century and he laid down the rules: crosses, holy water and garlic, don’t phase him. Oh, he likes garlic on his pizza. Stakes will temporarily paralyze him but he can only be killed by fire or a nasty beheading. His fangs pop out when he’s angry or fighting or…attracted to a hot babe. He can go out in sunlight but will turn crispy if he stays out too long. Oh, and he doesn’t sleep in a coffin but a large freezer (we didn’t get the explanation for that one yet).

The showrunners for “Moonlight” include Exec. Producers Joel Silver of “Matrix” fame and David Greenwalt who was a staff writer on “Buffy” and co-created “Angel”; some pretty big guns who guarantee that this show will rock!

More great news! We stole a few minutes with sizzlin’ Alex to learn everything from his TV watching habits to musical tastes, fave vampire films and novels and his roles in two feature films coming up. Oh, and he auditioned to play James Bond!

Picture this hottie in all black (of course). Black suit, shirt and shoes. His longish hair and shadow beard complete the knock-out look. Pull up a coffin and cozy down….

TeenTelevision: What qualities does your vampire character Mick have that attracted you to the role?

Alex: When I read the character, the first quality that I really related to was his humor. He has quite a dark humor. I’m not as dark as he is in humor but I see the lighter side of things. I see the comedy in life so that sort of was my entrance point to this role.

TeenTelevision: Are you personally nocturnal?

Alex: I am a nocturnal. I wake up at midnight. It takes me a while to get to sleep.

TeenTelevision: What are you doing when you wake up at midnight or dare we ask?

Alex: [laughs] I watch “Family Guy” and “The Best of Stewie”. That’s when I do my writing. Whatever I’m working on. I write music just for me.

I’m certainly not good enough to do it on any kind of a level but I enjoy that time because it’s quiet.

Alex: I love rock and blues and I play the guitar but I never practiced enough to be good enough to do anything with it. But it’s something that brings me great joy.

I write songs for personal reasons. It’s an expression. It’s yet another expression of my art and that helps me be clear about what I’m doing in my chosen profession.

TeenTelevision: Do you find that biting women on the neck is a turn on or turn off?

Alex: [smiles] I like it very much. My girlfriend really enjoys it too … until she doesn’t and then she slaps me and that’s the end of that.

TeenTelevision: [now we’re laughing] You said that you like vampire literature and films. What are some of your favorites?

Alex: Bram Stoker’s Dracula, The Lost Boys and The Hunger are probably my three favorites and they were a part of my coming of age movies, especially “Lost Boys” but I think that Anne Rice’s Chronicles are my favorite stories. The characters in there are just incredible. They are just incredible books.

TeenTelevision: You’re going to have to stay in shape for this show. Do you work out or have a special diet?

Alex: I do work out but not in a gym. I hate gyms. I run in the canyons. I run in the mountains. I like running outside and I have some equipment at home that I use but I like using nature.

I rock climb as well. And I try to eat what I want but I eat moderately.

TeenTelevision: You mentioned before that your dad is a teacher. How did he feel about you becoming an actor?

I think most parents have preconceived, unrealistic hopes for their children but, children are people and they’ll find what they want to do.

TeenTelevision: Did they push you toward being a doctor or lawyer though?

Alex: The only reason parents want that for their kids is that it’s stable and it’s money.

TeenTelevision: Did you always expect you would be doing this?

TeenTelevision: You were on the TV show “The Shield” for a while. Who did you play?

Alex: I played the new, potential head of the strike team Kevin Hiatt. I was on for seven episodes in season six.

TeenTelevision: There was a weird internet rumor that you are the son of famous AC/DC rocker Bon Scott. What was with that?

Alex: I don’t know how that started. I got a phone call from a friend of mine and I Google-searched it and it was all over the internet. It was on IMDB and the tabloids.

It’s not that it was a negative rumor. It’s just so interesting to me that something that was completely fictitious could actually make it that far that quickly.

TeenTelevision: Were you up for the role of James Bond?

Alex: I was. I met with [director] Martin Campbell here in Los Angeles at his office on the Sony lot and he asked me to fly to London and test and we tested at Pinewood.

It was the biggest screen test I’ve ever done. It was very comprehensive. I had tuxedos and suits cut for it and hair cuts.

TeenTelevision: Did you get to keep the wardrobe?

Alex: No they kept it.

TeenTelevision: Were you just not blonde enough (since they picked blonde Daniel Craig)?

Alex: I wasn’t … I don’t know. To be honest, I think I was a bit young. I think in five years I’ll be a good Bond. Remember that.

TeenTelevision: [oh we will!] How does your Australian accent work over here with the ladies? [note: He doesn’t use it on the show]

Alex: [grins]. It’s funny. To me, it’s just what it is. It’s just how I sound but a lot of people really enjoy it. I think it has a relaxed thing about it, a relaxed drawl. Maybe I sound lazy.

TeenTelevision: How long have you been living here?

TeenTelevision: Was it culture shock when you first came here?

Alex: A pretty hard transition, yeah. I’d been coming over to L.A. for a while, five or six years for auditions and meetings so I knew my way around but to actually shift over here, it took me a good twelve months to get used to how much time I had to spend in my car, how far I had to go for a coffee, where to get my bread and milk.

TeenTelevision: We’ve heard that your nickname is “A-Rod”. Are you aware that there is an athlete here with that name?

Alex: Oh. Anyway, it’s embarrassing on many levels so we won’t go into that.

TeenTelevision: You mentioned a girlfriend. Do you have someone in your life?

Alex: I do. Her name is Holly Valance. She’s an Australian actress and singer. She lives here.

TeenTelevision: We’re familiar with Holly. Has it been difficult to break in here? You’ve done a few feature films and a little TV.

Alex: This was my first pilot season. It’s a scary thing, TV. It’s a big commitment and it took me a few years to get to the point where I was ready and relaxed enough to say ‘I’m ready to do a pilot season’.

I didn’t read that many pilot [scripts] and low and behold here we are.

TeenTelevision: You are in two new movies, August Rush and Whiteout. Who do you play?

Alex: August Rush, I play a rock ‘n roll guitarist from Dublin, Ireland. I play Jonathan Rhys-Meyers’ brother and I play in a band with Jonny that moves to New York from Ireland.

It’s a great supporting role. My own guitar is in the movie. And in Whiteout, I play the villain. I play an Australian pilot who is on the slightly dodgy side. I like playing the villain.

TeenTelevision: Why are vampires so sexy?

Alex: I don’t know. I think it’s the danger thing, the danger and the mystery, the dark mystery. 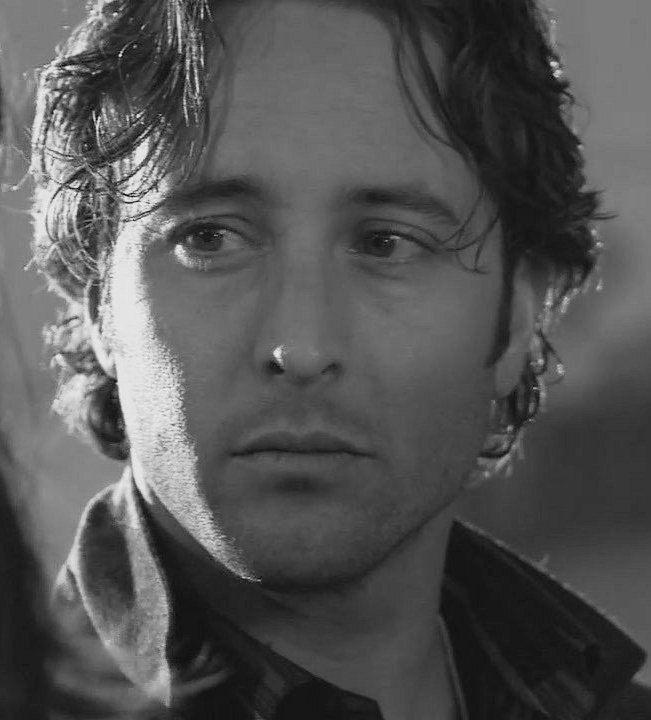 Funny fact: They are talking about A-Rod here in the interview, and of course at present now in 2017, Jennifer Lopez (Alex’s co-star from The Back-Up Plan) is dating Alex Rodriguez aka A-Rod who is also mentioned here.