We felt the fuzzies with this sweet-as story about a music miracle child, Evan Taylor (Freddie Highmore), who uses his talents to track down his parents who abandoned him when he was born.

It’s been a while since we got a ‘magic-does-exist‘ fix, and we promise this fairytale-ish flick won’t disappoint. 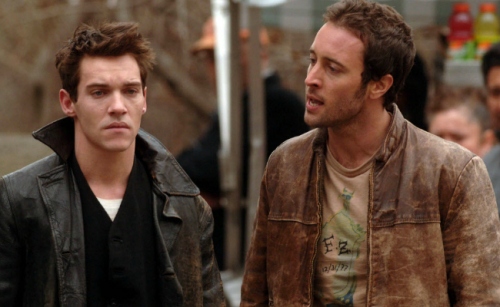 Keep your eyes peeled for Keri Russell and Jonathan Rhys Meyers (the parents), as well as Aussie actor Alex O’Loughlin (pictured with Meyers above). Hint: he’s the spunky Sydney boy who’s shacked up with Holly Valance in LA, and recently starred as a detective-slash-vampire in Channel Nine’s Moonlight).

We roped him in for a quick chat: 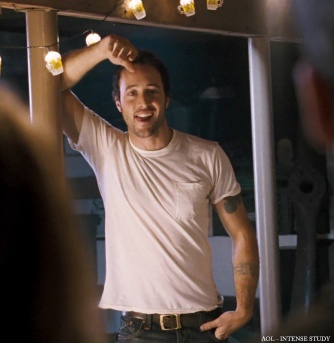 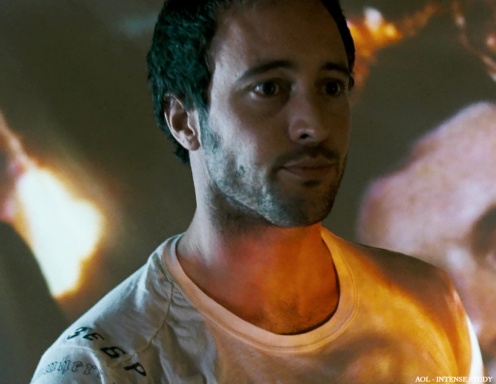 Cosmo: How’s the Aussie-in-LA thing working out for you?

Alex: I lived on a couch for a year and effed my back, but things are going okay now.

Cosmo: Were you bummed to miss out on the James Bond/Casino Royale role to Daniel Craig?

Alex: I didn’t think I’d get it, but being Jimmy Bond for a day was awesome! I had a tuxedo cut and was flown to London to shoot three audition scenes.

One was a seductive scene with a topless Bond girl, and in another one I had to “assassinate” a guy!

Cosmo: You play an Irish muso in August Rush. Can we expect a duet with Holly (Valance) to hit the charts anytime soon? 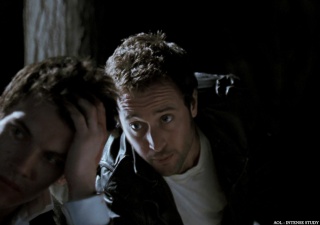 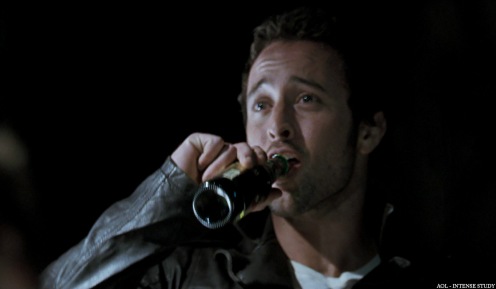 Alex: [Groans] I know you didn’t just ask me that.

Alex: Holly’s fantastic, but no, not going to happen.

Cosmo: So spill: what’s the most romantic thing you’ve done for a chick?

Alex: I’m going to sound like a knob aren’t I?

Alex: OK … I took her to a national park, built a campfire, and told her she would have to sleep in a single swag with me for the night!

Cosmo: Aww. Can we keep you? 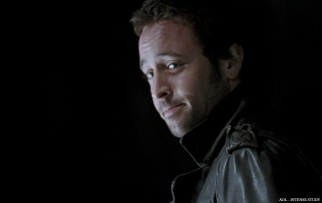 – The movie was too full for me. It was as if they wanted to take too many roads with the boy – if that makes any sense? 😕

– Robin Williams is a great actor, but him as a “villain” in this movie, did not really work for me. 😦

– Now that I know Alex, more of him in the movie would have been great – I think sometimes movie makers should take the risk of casting lesser known, but talented actors in their starring roles. ❗

– I think they missed out on the actual connection between the parents and the boy at the end. In another feel-good music movie  “The Concert“, they have a great ending, by showing some clips of the people together while the music is playing, after they re-united. This could have worked great in August Rush as well………

Link to the scene of Alex that did not make it into the movie.