I’m an organ donor – if anything happens, I can save up to eight lives, just with this body

Hyped as the newest hot doc on TV, giving both Patrick Dempsey’s McDreamy and ER-era George Clooney a run for their money, Australian actor turned Hollywood star Alex O’Loughlin, 33, appears to be doing his best to downplay his looks. Relaxing on the Los Angeles set of his TV drama Three Rivers in heavy-framed tortoiseshell specs, casual polo shirt and jeans, he tells WHO,

“It’s flattering, but you can’t take anything like that too seriously.”

Canberra-born, Sydney-raised O’Loughlin brushes aside Clooney comparisons with a simple,

“It’s because I’m going grey. I got a little speckle on the sides there.”

Playing a transplant surgeon in the series – yes, he is on the organ-donor register in real life – the amateur guitarist, who spends rare evenings off seeing up-and-coming bands in LA, talks about his crusade to save lives, romance and fatherhood.

– by Sal Morgan. WHO (Television),

Question: The doctor’s garb in the Three Rivers pilot was very tight. Was it to emphasize the handsome doctor physique, do you think?

Alex: I don’t know what that was all about. They were like rashies. It was like we’re going surfing, you know. They’ve loosened them up, thank God. Now, we actually look like doctors. 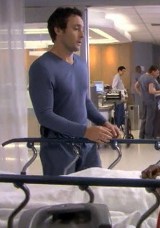 Question: Do you hope the subject matter might spark discussion about the importance of organ donation among viewers?

Alex: Absolutely. One of the main things that stood out to me when I read the script was the potential for community service. CBS has been really proactive and really helpful with me and my endeavor to form a relationship with Donate Life America.

I’m now officially an ambassador. We’re aiming to get the numbers of organ donors up. In the US alone, 18 people die every day because of the shortage of organs.

Question: Were you inspired by anyone in particular?

Alex: Dr. Gonzalo “Gonzo” Gonzalez-Stawinski out of the Cleveland Clinic, who is the guy my character’s based on. I spent a lot of time doing rounds with him and standing in the OR, shoulder-to-shoulder with him.

He gives the gift of life to people every day and maintains a family. He’s married, takes the kids to ice-hockey games on the weekends, goes to the sports … and the phone is always on.

He’s so smart, he’s so capable, he’s so talented, but he’s also selfless at the same time.

Question: You appear to be on a career roll right now. Have you been living the Hollywood dream?

I felt like I was on another planet and I was very, very intimidated. I had very few contacts and so I left.

I came back about eight years ago. 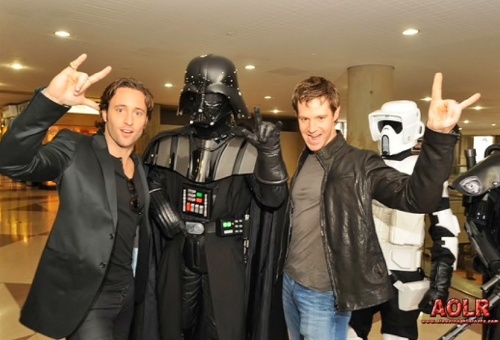 Question: Was it easier second time around?

Alex: I was very focused and very driven and no-one would give me a job. My Ducati got stolen and I had no insurance. My car got written off, my money ran out and I didn’t have a place to live. I sort of hit my knees and… this voice said, “Go home!”

But I didn’t even have a ticket home and I had a bit of a meltdown.

Question: What made you stick it out?

Alex: My best mate here literally picked me up every day and took me to coffee and said, “How’re you doing today?” and some days, I’d be like, “All right” and other days I’d be like, “You know, I’m not all right.”

And he just said, “It’s gonna be all right. You’re not going anywhere.” And he was right.

The last four years, it’s been an upward trek but I’ve had a couple of good gigs and I’ve worked hard.

Question: You’ve filmed the romantic comedy The Back-Up Plan with Jennifer Lopez. One gossip magazine said your relationship made her husband jealous.

Alex: I work with a married superstar and there’s a rumor that comes out. It’s crazy! We became great mates, but it was absolutely platonic.

She’s married, and she has two beautiful little kids, and Marc [Anthony] was on-set a lot.

Question: Did you meet her twins?

Alex: Max and Emme, they’re great kids. Max looks just like Marc, and Emme looks just like Jennifer, so they got these little Mini-Mes waddling around after mum and dad. It was lovely having a family vibe on-set.

Question: You’re single now, but do you have a long-term family plan?

Alex: I have a son. I kinda keep him out of the press. That’s how we do it.

But the joy of fatherhood, it’s been the greatest gift. Fatherhood was some time ago for me, but in the future, I’d love to have a mini footy team. You know, seven-a-side or something.

Alex: No, not seven! I reckon a couple of kids would be great, but I haven’t met anyone.

Question: Is there anything you still miss about home?

Alex: I miss my family, you know. I miss kind of getting up and just sort of plunking down to the cafe, your local sort of cafe, and grabbing The Sydney Morning Herald and having a good coffee and a little eggs and bacon.

You can get that here, but you gotta get in your car.

Question: Do you have plans for a visit any time soon?

Alex: I always go home at Chrissie, and the second I get off the plan I want to go and jump in the water. I want to have a glass of water from the tap, that sweet Aussie tap water, then I want to just put my boardies on and jump in the ocean. And just let that Pacific wash over me. 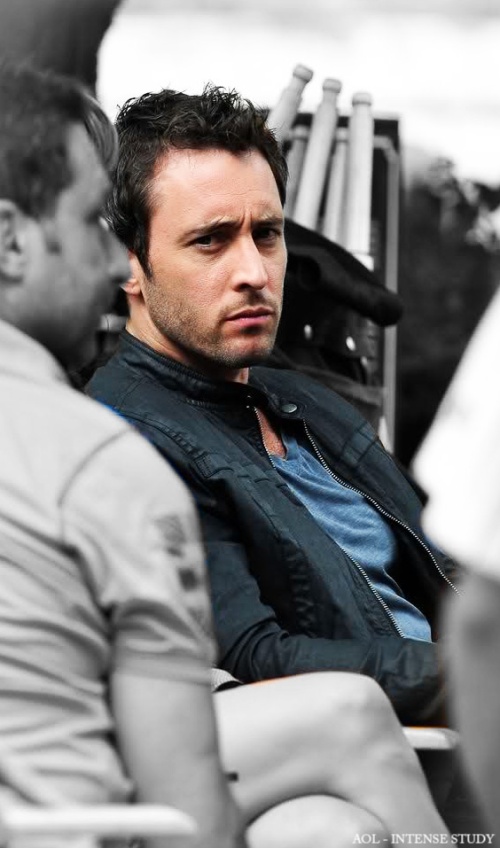 Alex: I still think they’re pointing [the cameras] at someone else, but sure enough, they’re not.

We hang out, she jokes. She’s like a normal person.