Sunday’s series premiere of  Three Rivers (CBS, 9/8c) marks Alex O’Loughlin’s return to TV, and the Aussie hunk hopes his Moonlight fans will follow him to the medical drama not just to support him, but to support organ donation. Rivers explores the lives of organ donors, recipients and a team of transplant surgeons led by O’Loughlin’s Dr. Andy Yablonski. Since scrubbing into the role, the actor has become a Donate Life America spokesperson and ambassador to raise awareness, while CBS and Donate Life have partnered in a joint initiative to encourage people to donate their organs once they die.

We caught up with O’Loughlin to learn about his passionate new roles on- and off-screen for our new Celebrity Charities feature, which highlights stars’ favorite causes.

TVGuide.com: You’ve been an organ donor since your teens. Why did you decide to become one?

Alex: Yeah, I sort of stamped it on my license way back when. That was more about kind of doing the right thing and having an open mind as a young person in the cool group. It wasn’t about what it is about for me now. I wasn’t sure before, but now I’ve been officially confirmed as a donor. I have the card saying I’m an organ and tissue donor. I’m like, “You take it all.” God forbid anything ever happens.

When I first read the script, one of the initial things that came to me was the obvious potential for community service, and this sort of philanthropic idea of maybe being involved with Donate Life America or any company that would come onboard with us.

TVGuide.com: And you’ve become a spokesperson for Donate Life.

Alex: I am now officially a spokesperson and an ambassador. I’ve done my ambassador training, which is great. I’m very, very proud and I feel very privileged to be a part of an organization like Donate Life because it’s just so important. They save so many lives every day. The way they operate — they do it with such integrity on a mass scale. I’m only one person, but hopefully I’ll bring more awareness to more people.

TVGuide.com: Can you give us an idea of what you’ll be doing with them?

Alex: Before we even started shooting, I approached CBS and said, “Listen, this is my plan of attack. If we do this script, I want you guys to sign on with me now and be in agreement that you will help me get this up and running.“ What I’ve been doing with Donate Life, in conjunction with the show, is PSAs for TV. I’ve gone to a couple charity events. I’ve written some testaments for them. I’ve done a lot of press about the organization on the red carpet and stuff like that. Every opportunity I get.

I went on The Bonnie Hunt Show and I forgot to wear my pin. I was so mad at myself. I take my pin everywhere. People ask about it and I tell them about it. Whenever people ask me about it like you’re talking to me now, I will talk about Donate Life.

TVGuide.com: Do you get input from them? How accurate are the procedures and the storylines in the show?

Alex: They’re very accurate. We have an incredible writing staff, who are not only talented but very meticulous and professional. None of them will deliver, I can say in faith, something to be shot without all the possible research done. We have a large team of medical technicians and consultants.

Donate Life, when I approached them, they were hesitant for very good reasons. Until this point, other people’s storytelling around these issues has been so inaccurate that they have not wanted any involvement. They found it made their lives more difficult. This is a non-profit organization that saves people’s lives everyday, so why would you not want to get it right? Forgive me for searching for the specify here, but really, it’s so important.

TVGuide.com: How did you get them to come onboard?

Alex: At first, we convinced them the integrity of the organization was of utmost importance and that we wanted to tell the truth of how it is for everyone — donor, recipient and medical group. We wanted to tell real stories about what’s really happening to real people right now. Once they read some scripts, they’re like, “Oh my God, this is exactly how it is.” I met with one of the heads of the organization.

He came down to set and I showed him around and we sat down and I said I really want to be involved. If enough people see the show and know my face and who I am, then hopefully we can make a difference, or at the very least get a few more people to realize the importance of being a donor and giving the gift of life. 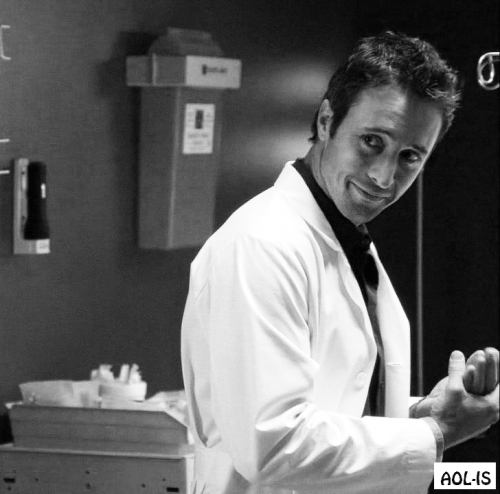 TVGuide.com: What’s the most important thing people need to know about organ donation? What are the myths that need to be dispelled?

Alex: It’s not true that a doctor will not try to save you if you’re a donor. It’s not true that the medical staff of whatever medical institution you’re in will put less of an effort toward you if you’re going to allow your organs to be procured post-mortem. A lot of people I’ve spoken to have said they’re not an organ donor for that reason. That’s an absolute fallacy. Also, the hospital doesn’t have access to the records the procurement organization has to see if you’re a donor.

TVGuide.com: I imagine the response from within the community has been great.

Alex: You wouldn’t believe me if I told you how many stories I’ve heard. There are some amazing people working on the show who have had life experience with organ donation. One of our guest stars in our earlier episodes about a heart transplant took the role because she had not yet dealt with the fact that her father died as a result of a failed heart transplant. One of our background ladies — her son died in a car accident when he was 17 and his organs saved five people’s lives. One of those people is a young woman who’s now in her life as her sort-of surrogate daughter. This thing brings people together and this show has proven cathartic for a lot of people already. 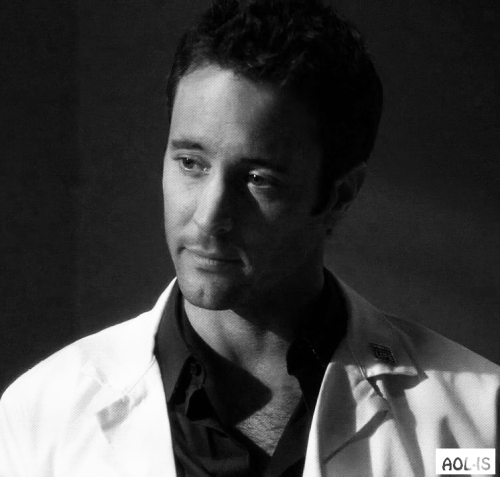 TVGuide.com: How did you go about preparing for the role?

Alex: My character is based on a real doctor called Gonzo Gonzalez Stawinski and he’s a cardiothoracic surgeon in Cleveland who specializes in transplant. He was amazing. I spent a bunch of time with him in the hospital. I’d go in for all the post-op rounds and pre-op rounds and all sorts of things. I saw about nine different operations. To see the process from beginning to end with people who were very sick — a lot of whom had congenital issues — to surviving long-term is from the generosity from the donors.

It’s the gift of life. There’s a whole process you have to go through and you never know if it will happen. A lot of people don’t make it, but when it does work, it’s magic. It’s the most wonderful thing in the world. I realized when I read the script that I’ll move into this world and I researched — like I do with any role — and realized the actuality of this world.

TVGuide.com: Since the stories on the show are told from three perspectives and someone needs to die for a transplant to occur, can or will the format ever change?

Alex: No. There are variations on the theme, of course, but it’s always, someone dies. Do we get the organs? We get the organs and someone lives and there’s the medical team. It’s about recipient, donor and medical team. But there are other storylines that will come along.

I think it’s important since there have been so many medical shows that I think everything’s been done, but this hasn’t. Characters are really distinctive and we fall in love with characters. … We fall in love, with, like McDreamy or Tony Soprano, because he’s amazing. It’s the characters in the piece and our characters are becoming more defined as we go deeper into the storyline.

Andy — there’s more to him. He’s got some history and you’ll find out. But the core of the story is something unique and something that hasn’t been explored before, and that’s the meat and potatoes of our show. And that’s what’s going to give us a longer shelf life.