We are using the name The Steve McGarrett Story for these commentaries on the episodes, because these are not actually reviews. There are many other people who write real reviews on the Hawaii Five-0 episodes and many points of views to be followed if people are interested. These are just our way of having some fun with it and as always to just enjoy Alex doing his thing as Steve.

We also call them the Steve McGarrett Story because our site is about Alex, and therefore we make it about his character in the show. But unfortunately even though he is supposed to be the  main character, he does not get more or larger personal stories than any of the other characters. Maybe even less of a personal story than some of the part-time characters.

But I guess the whole show should actually be seen as his personal story, because it is his task force and his Ohana, and I should not really complain too much. Everything happening to them, is his story.

But why am I writing all this now? It is because there is so much potential to make this character so much deeper, but it is hardly done. And most of the time there is not much for me to report on about Steve, other than to have a closer look at some weird questions that come up while watching it.

Most of us would not know much about the day-to-day accomplishments of our grandfathers, especially because young people do not always think that those stories are important. Only when we grow older and we want to remember them, then we sometimes wonder about who they were, where they have been and what they have accomplished. We know however that Steve feels a special bond with his grandfather. Not only because he is his namesake, but also because he was a Navy man and he died in Hawaii where Steve was born and grew up.

He did not know his grandfather personally and neither did his late father John, because he died three months before John was born. Both of them had to gain knowledge of him from whatever they heard from others, like hearing this story of bravery from war veteran Lt Michael Murphy.

To be honest, I was disappointed that there was no direct interaction with Steve and any of these war veterans that actually knew his grandfather. First hand knowledge and insight is so much more than just hearing how brave he was from an old interview. I know most of you will say that my view about it is greedy and that the sentiments were all there and should be enough ….. but I would have liked just a bit more.

Watching the rest of the episode and its two storylines ….. here are some of my observations and questions.

Koala Smartass: Maybe Kono is feeding him lots of carrots on those sandwiches she makes him every day. (Not that I have ever really seen or eaten carrots on a sandwich) 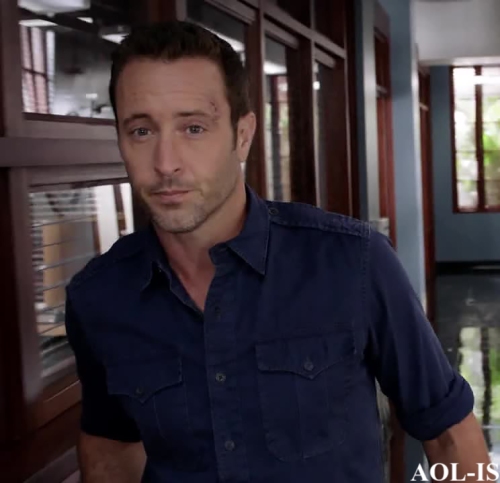 Koala Smartass: Look at them. They most probably can’t keep their hands of each other and have ”better” things to do all night long, than to talk about their friends and co-workers and Jerry in particular  – she is a ‘Smokeshow’ after all and they have a LOT of catching up to do. 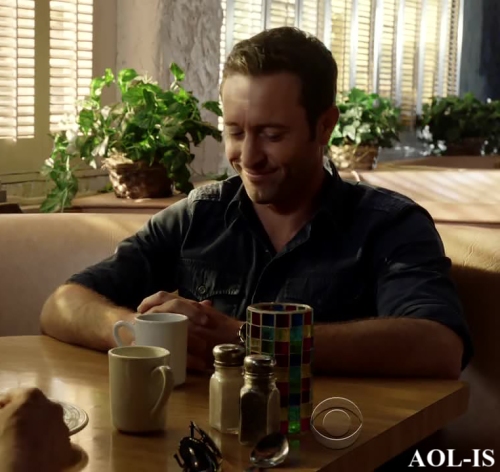 Koala Smartass: You said it  …. nitpicking in an episode with some great action and stunts. 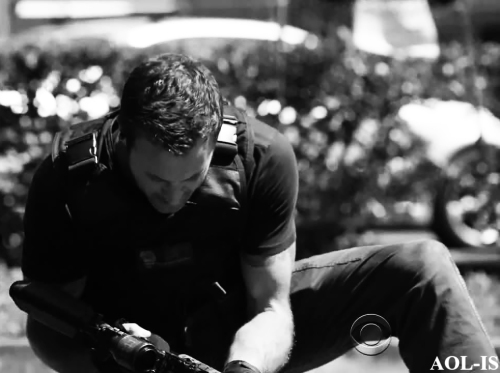 Koala Smartass: It was in the script. 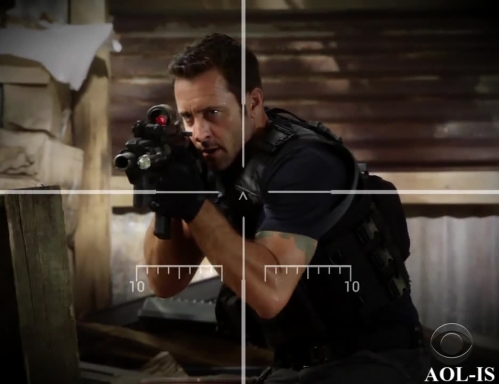 Koala Smartass: Their relationship has been riddled with so many lies over the years, what is your point?

Koala Smartass: They had to give Danny something to do ….. visit the widow. (And later on mediate with the bank on her behalf)

Koala Smartass: Maybe because he is just a murdering thug, or maybe because the writers did not even consider it as an issue that he would feel anything …… or maybe he was just playing it cool. Remember, acknowledging that he cared about Rider, would kind of proof his guilt. 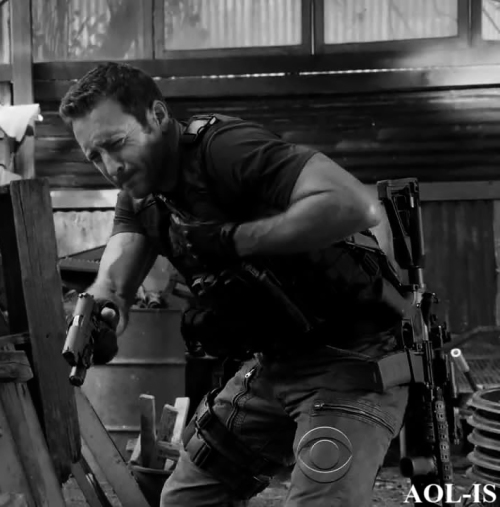 Koala Smartass: Maybe it was his day(s) off?

Koala Smartass: One of those weird missing pieces, or odd dialogue mishaps that bothers only you, I am sure!

The timeline for Adam’s story:

Day 1: He finds the bone. Asks Jerry for help.

Night 1: He looks for more bones and finds nothing.

Day 2: He gets fired. After talking to Jerry again and gaining knowledge about the previous owner and a missing wife, he sets a trap for the guy.

Night 2: He stakes out and follows the suspect to the site. He also saw him place a shovel from the trunk of his car before he left home.

Day 3: He reports to Kono and the team only after their big gunfight (not first thing in the morning or over breakfast that morning). Why wait until the murderer can get away with evidence before he tells Kono?

Why am I telling you all this? Well if you look closely the team members are all still wearing the clothes that they wore the second day of their storyline – so their case only spanned over 2 days. Unless they all sat around in the office again that whole night, or if they just constantly walk around with the same clothes every day. Although it is Adam’s 3rd day in his story, when he arrives, they are all dressed in the same clothes as the day before. Specifically Jerry who actually came in contact with Adam on the second day is now still wearing the clothes from that day.

And here lies one of my big problem with these split storylines during one episode. The timelines do not always match. And the other problem I have, why give a part-time character like Adam this separate storyline of playing detective all on his own, yet they do not spare the time to make something more of grandpa McGarrett’s story and therefore give us more of Steve’s story?

I guess we have to be grateful that after all this time, we are once again reminded that Steve is a soldier. Once again treated with him in uniform. But really all that trouble to get him to shave and dress up, and after 65 episodes  we see him in uniform again, but we only get a headshot of him in that uniform? REALLY?

With my next comment, I know many will say, “What are you talking about?“, but I feel they really just go a bit over the top to show how badass and how much of a superhero Steve is. They make it look like he can do it all on his own? I know he is our hero and I like it when they show his skills and competence, but really he is still human after all.

My main gripe is that they go to extremes. The one day you wonder where he got his training from, when they make him do stupid stuff, and the next day he can just do it all on his own and take it all and even recover from it without many physical and apparently no emotional scars. 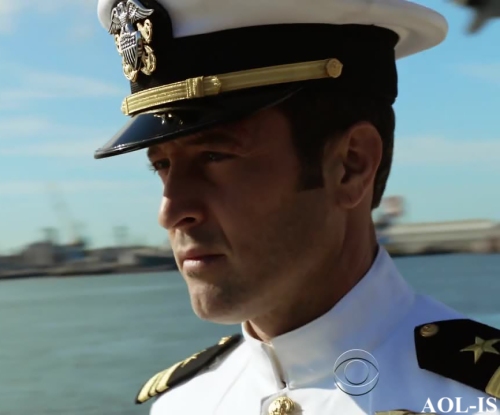 I guess you  might think I am therefore asking for him to be mediocre. No, not at all. For me it means, just don’t write him as incompetent on one day whenever the story needs it, just to make him superhuman the next time to show how great he is ….. (if that make any sense at all)

Having said all that, I actually regard this episode as one of the better ones for this season. Lots of action and human drama provided us with lots of entertainment to enjoy. And of course once again during this whole episode Alex displayed his versatility as an actor. Playing all the finer nuances of what is happening with his character throughout the episode so masterfully. Compassion when needed, leadership when asked, playing it cool when he does not want to alarm his team, etc.

His reaction after his fight to the death with Lee, is spot on. Not only the relief of being the survivor, but also the horror of the moment, can be seen on his face. He gives Steve so much depth. But unfortunately he makes it look so easy and hardly ever gets a mention for it by those who I feel should acknowledge him for it. He just IS Steve McGarrett ……

Watch the Slide show of screencaps from the episode here: