Although I find the idea of this episode interesting, I feel it is as if they somehow missed the mark about what they wanted to achieve. It was a novel idea to show something about Danny from before the pilot. The prelude of where he was in his life, just before the story began – I guess to endear him to us. But we already knew where he was in his life, because the pilot was so good at explaining it to us back then.

We knew and liked the fact that Danny was a man dedicated to his daughter and who moved to a place where he did not want to be, just to be near her – and as he said to Steve in the pilot “To keep the place, where she lives, safe”.

Up until this episode, I felt that Steve appointed a competent detective to his team when he asked Danny to join him. I thought that Danny was chosen to investigate John’s murder, because the Captain at that stage thought he was the best person to handle it. Was I that wrong? For me it feels like they finally ‘killed’ Danny’s character as a good cop who was actually respected at the time. 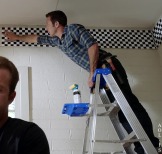 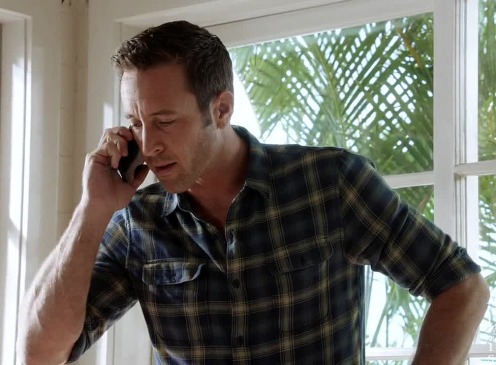 For those of you who have come to know me and know how much I adore Alex’s talent, what I am about to say further in this post, might come as a big surprise….. I would rather not have had Alex/Steve in this episode. It took away from what was supposed to be Danny’s moment. 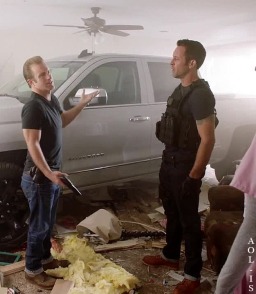 And on top of that I did not enjoy Alex’s being Steve in this episode. It was as if he was “acting” and not just being Steve as he normally do so well. He was playing a part. I do not really know what kind of different takes there were for these scenes to be chosen from, but I feel that those chosen were really not Alex’s best work ever. I am sure during a day of shooting, they sometimes get things right and then they get things wrong. Who knows, maybe there was just not any better takes to choose from?

There is an element of overacting from Alex in the scenes with Scott, lately.  Mostly in the first part of the season, which I did not write Steve stories about. It is as if Alex is trying too hard to be funny in the Steve and Danny supposedly ‘funny’ scenes. It is as if he is trying to make a joke out of it. Trying to be funny …… For me the “McDanno” scenes have over the years moved from fun riffing of each other, to bickering like two grumpy old men, to acting like toddlers fighting over toys during this season. It seems a bit backwards to me …… no growth.

And about the characters – I found the scenes with Danny condescending from Steve. He is treating Danny like a child. And Danny acting like a child does not help either …… The dialogue feels forced and unnatural. And some of the subtle sexual innuendo thrown in there, is becoming really creepy by now.

And then the final scene with Charlie was kind of weird at times because it felt forced. And at times the look on Steve/Alex face looked creepy and strange to me. 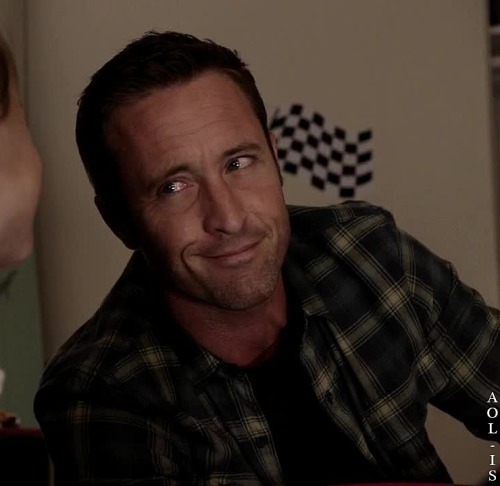 I do not know if it was the lighting or the camera angles – but it looked weird.

He did not feel natural to me – again with the trying too hard I guess. I agree, it is a great “Awww” moment and the scene was sweet. We all know Alex is great with kids, and we have seen it in the way he interacted with children over the years. But I felt that the scene was clearly set up to appease the people who continuously keep begging the producers for some “sweet moments”  with Steve interacting with Danno’s kids.

And it felt weird because they were looking at seemingly nothing in front of them? 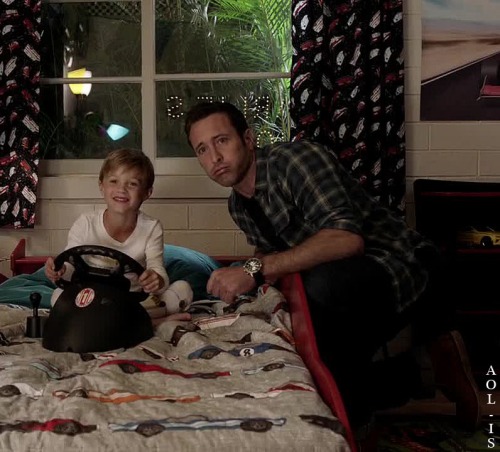 Of course there are a lot of the stupid questions that I normally have about what happened in the episode, but I do not even want to waste my time to have fun with this episode (I scared the Koala Smartass away on this one) ….. You know, things like Danny not recognising the real nurse, after he just saw her talking on the news clip that he watched. She’s got a very distinctive look. HPD not being able to get there faster than Steve – REALLY? etc ….. 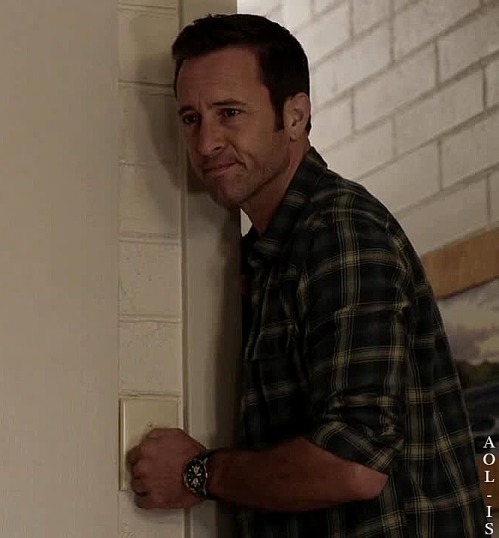 Having said all that – I am still hoping and maybe against better judgement, also looking forward to two great episodes to end this season …….