Transcript of a short BBC report and interviews with Alex O’Loughlin and Daniel Dae Kim at the LA Screenings that took place on 24-27 May, 2010 at Paramount Studios.

Reporter (Voice over): It was a huge hit first time around. Now America’s CBS  is banking on Hawaii Five-0, becoming television’s next most watched show. The remake, or reboot as they call it, features the same sun-kissed beaches and crime fighting storylines, but there’s a new cast and a 21st century spin, on the 70’s classic.

[Clip from the pilot episode]

Reporter: The original show was a bit cheesy wasn’t it? 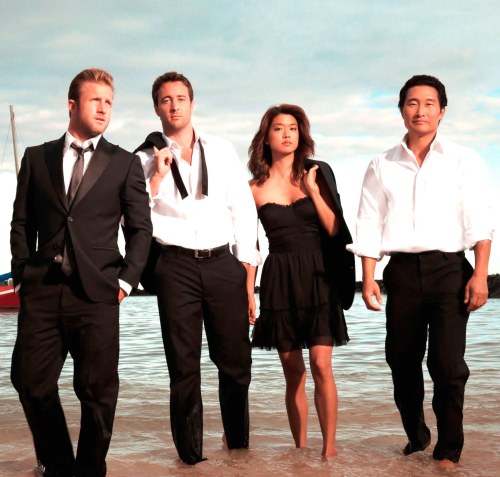 Reporter (voice over): With one of the most recognizable theme tunes in TV history, the show run for 12 years.

Alex: The hairdo is slightly different, you know. [Laughs] I don’t have his quiff … his quiffed hair. 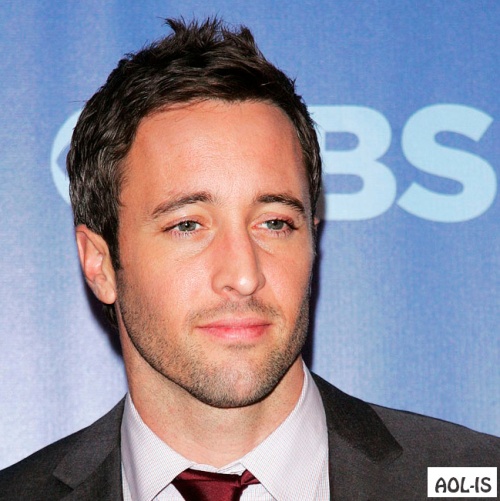 Reporter (Voice over): American TV hopes to inspire a new generation of viewers with Hawaii Five -0, as the sun sets on Lost, 24 and Heroes.

Reporter: So from Lost to Hawaii Five-0. Is the pressure on to have another hit?

Daniel: You know I don’t look at it as pressure. I actually looked at it as being fortunate to be on a show that was so successful and packed-full as Lost. And now I get the opportunity again with Hawaii Five-0. I think there is expectation, but I feel pretty confident in the show that we have.