Alex O’Loughlin: And then came #H50

TV Guide Magazine
by Lisa Bernhard
8 December 2009
(Sorry, I can no longer find the link to the original article. 😦 )

What’s to become of heartthrob Alex O’Loughlin now that CBS has mercifully pulled the plug on his organ-donor drama, Three Rivers? Says CBS president and CEO Leslie Moonves, “We still have his upcoming movie!”-referring to The Back-Up Plan, the feature film from the network’s new movie division, CBS Films. In the romantic comedy, Jennifer Lopez plays a baby-mama wannabe who meets Mr. Right (O’Loughlin) after becoming impregnated with the help of a sperm bank.

That’s a bit of a drag, given that O’Loughlin’s character would’ve been one hot biological papa. “Alex spends almost half of the movie with his shirt off,” says Moonves, with a wide smile.“I mean, I’m a straight man, but even I, you know….”

As for putting O’Loughlin back on the small screen, Moonves half-jokingly says, “I don’t know, should we bring Moonlighting back?” (O’Loughlin’s short-lived vampire drama was actually called Moonlight, but who are we to correct a network head?)

In the end, Moonves offers some assurance that Australian native O’Loughlin won’t be shipped back to Oz any time soon. “He’s in the family,” Moonves says. 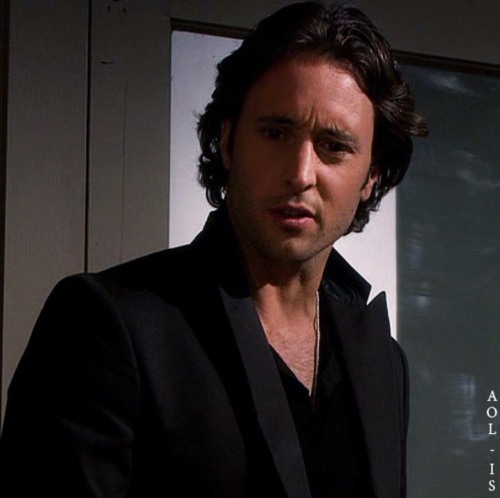