Erin: It’s been a year since we sat down to talk about the show.

Alex: It’s been a year? I can’t believe it. I thought of you every day.

Alex: I feel like a local. A Kama’aina, they call it here. You like that? It’s a Hawaiian word, it means it’s local.

Alex: It kind of … it pretty much means ‘local’.

Erin: And have they honestly embraced you? Cause I know when the show was starting, you had some …. not concerns. But you had like…..

Alex: I had some concerns.

Erin: These people, they love the show.

Erin: They love their land. And you’re coming in and you’re filling big shoes.

Alex: No I did have some concerns and it’s been wonderful. I’ve actually bought a house, since I last saw you.

Erin: Look at you, putting down roots.

Alex: Yeah, I got a dog. A little poochy. We’re doing pretty good, her and I, in the house.

Alex: I’m staying. I’m very happily staying. I love, I love what we’re doing on the show. I kind of ….. in the …. We don’t get that much time off, but I have time off, you know, the people here are great. I’ve made so many great friends here. And they’re very …. As an Australian, I feel more comfortable here than I ever did in Los Angeles. Because they’re very kind of Aussie

Alex: As a Canadian you get that …

Erin: LA doesn’t work for me either.

Erin: Yeah. No, I totally get it.
So when you had your hiatus, in between Season 1 and Season 2 shooting, I’d love to know how many sit-ups, when you realise you had to come back to the show? 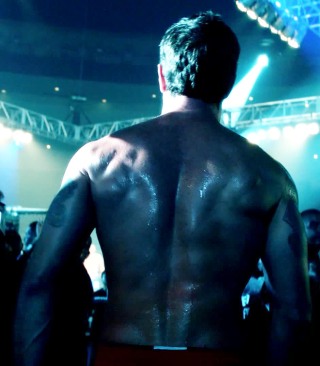 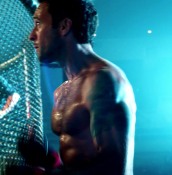 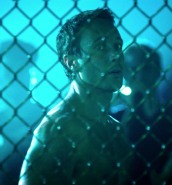 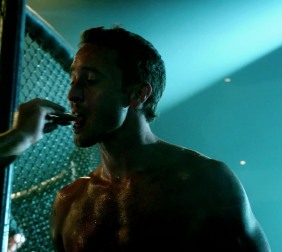 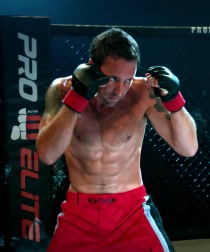 Erin: When you know you got to come back.

Erin: All the action, all the no-shirt, action.

Erin: So you don’t let yourself go?

Alex: I don’t let myself go.

Alex: You can’t go, “So, I’ve got a shirtless scene” and you go [making ‘training’ moves]

Alex: But I do try. To be perfectly honest, when I have like … when I know they are going to take my clothes off, I do kind of try to curb the French toast with syrup you know.

Erin: Can you say that again?

Erin: When I know they’re going to take my clothes off.

Alex: Yeah. That was it.

Alex: Sometimes they take my clothes off …. They just did it again. They did it, yesterday….

Erin: I tried to get Scott to take his clothes off, he wouldn’t do it.

Erin: But he showed his abs to me in the elevator later.

Alex: There you go.

Alex: He easily starts. They usually have to tell him to put on his clothes. They’d go, “Thank you for doing the first half of the interview naked. Would you mind just popping a robe on, or something like that, so that we can focus on the questions?”

Erin: I love it. Now I know that hand to hand combat has always been McGarrett’s thing. And in Season 2, I have heard rumblings that that you’re maybe…

Erin: That perhaps, you would be doing some MMA?

Alex: I actually am. Next Thursday, with some of my clothes off, I will be fighting…. “Make-believe”, fighting an actual USA champion and the Bladesdale.

Erin: And who is the champion?

Erin: I know who he is. His face is mangled 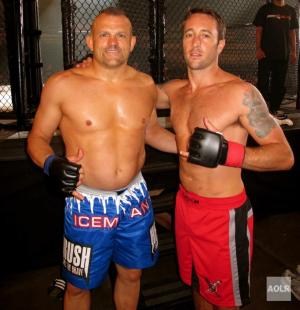 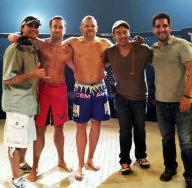 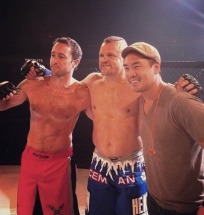 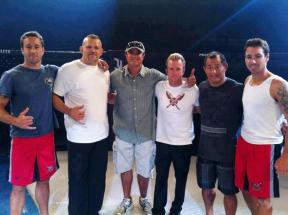 Erin: He’s going to kill you.

Alex: He’s going to kill me. But he’s not …… I don’t know, McGarrett is always the hero, but I am just going to stop and say, “Chuck, I’m so sorry. I’m so sorry about whatever happens. And please don’t hurt me too badly ….”

Alex: “Please teach me some shit”

Erin: Do you know any death stuff?

Alex: I know the Klingon-paralyzation grip.

Alex: After the thing, I’ll show you.

Alex: You have to be naked to do it, you know. It’s a McGarrett thing. That’s part of why they take my clothes off on the show, it’s because I’m more dangerous when I’m naked.

Erin: You know what just happened?

Erin: When you said that, I got the “last question“. Thanks a lot for that.

Alex: Last question. Look the CBS people are all trembling, cause I’m talking about nudity ….

Erin: So here is my last question.

Alex: ….. and sex and dangerousness….. Is that a word, “Dangerousness”?

Erin: At the premiere last year, I noticed you were fabulous with your fans.

Erin: At the premiere. Yeah, you were amazing. You talked to everybody. You did pictures. But, I heard, you do not like the social media side. Like you do not want to connect with people that way. I want to know why?

Alex: What? What do you mean? Where did you hear that?

Alex: You know it SHITS me. Okay, look. Let’s talk about it.

Alex: Okay, I’ll tell you. Because I’ve probably … look at my phone. I probably have got 89 e-mails right now, that need to be answered.

Erin: Maybe you should try it naked?

Alex: I have. That’s when I answer them. On the weekends I go, fine, you’ve got to do it. I get fully naked. I sit down and I answer them. And then, that’s how I do it.

Erin: And that’s how you do it.

Alex: But I just, I don’t like. … I don’t know, there’s something sort of so creepy and voyeuristic in like, “Look what everyone’s doing” and “Look at all my $%@&”.

Erin: I got you. So if I tweet about you. You and I, we won’t be friends anymore?

Alex: Whatever that means. You can do whatever you want.

Alex: It isn’t. If you want to tell people how great you think I am. And how humorous and enjoyable my company was, and all that stuff.

Erin: I can do that.

Erin: I’ll just edit out all the negative stuff that I’ve experienced the last 4 ½ minutes.

Alex: That’s okay. It’s fine, you do that. It will be good. And people will think….. So yes, maybe what I’ve learn is that Twitter can be a tool used for good.

Erin: There you go. You’re hilarious. Thanks buddy.