Spoiler warning: If you haven’t seen  Man-Thing yet, this article might contain major spoilers about the story for you: 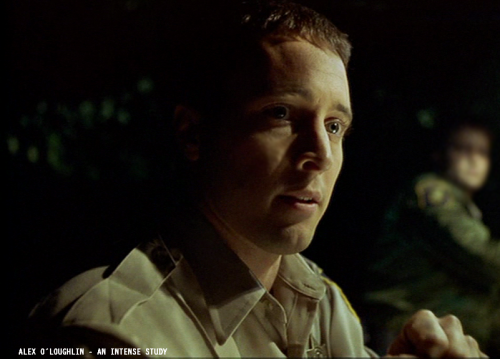 This is the first full length movie a very young-looking Alex starred in, as one of the minor actors of the main cast.

Also the first time he worked with Director Brett Leonard and the actors Jack  & Patrick Thompson and also Matthew Le Nevez – They all worked together on Feed again.

We add this photo of Alex and Matthew taken on 17 June 2009 (6 years after Man-Thing was shot) at the premiere / screening of Matthew’s movie ‘Tender Hook‘, because a lot of people always post this as a fan picture. 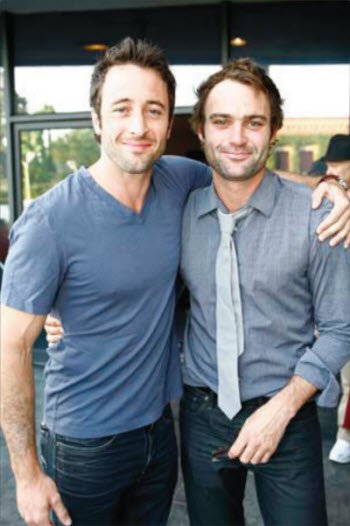 Alex & Matthew at the screening of Tender Hook (Jun 2009)

Although Man-Thing was only released in 2005 (after some of his other movies) it was filmed in 2003 before Alex did any of his other films.

Alex mentioned in an interview that he met Jack Thompson, who he regards as his mentor who “potty trained” him as an actor, on the set of Man-Thing. (Jack also appeared with him in Oyster Farmer and Feed ) 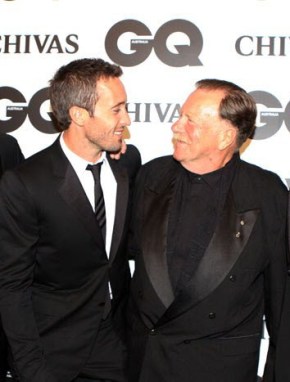 In this movie Man-Thing, Alex plays the role of small town deputy Eric Fraser. For me this is one of the roles which are the least like Alex in real life, I think. Therefore to me he delivers a great performance by becoming this innocent like cop, trying to deal with the duties of his sometimes scary job.

If you think the corpses that Max has to deal with in this season of Hawaii Five-0 are gross, you might want to avoid the ones you get to see in this movie.

It must have been the first time Alex had to do a different accent for a role in a film – quite interesting to hear his, I think, Mid-Western American voice.

It is not really my type of movie, but I ended up enjoying the story and watched to see the ending, even after Alex’s character came to it’s awful demise. You can also see the Director Brett Leonard in one of the few movies he contributed in as an actor and also maybe a good example that directors might not always be good actors 😀

Please click on the pictures for better viewing, some are gifs. 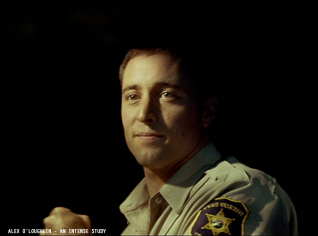 As we showed you in one of our previous articles, Alex O’Loughlin – It’s time to say goodbye, Alex’s character that he portray, kicks the bucket quite a few times and this is one of those times

Great background info by FOYeur thanks partner 🙂 , pics – me.

(PS I added this bit of video simply because the screaming sounded so hilarious to me, I do hope it was Alex´s voice – Paula)