Another old 2011, Hawaii Five-0 article from an Australian magazine for our archives.

We have used quotes from it, but never realised that it was not posted here before.

Hawaii Five-0 might be filmed in picture-perfect postcard locations, but its stars reveal that making the action-packed police drama is definitely no holiday! 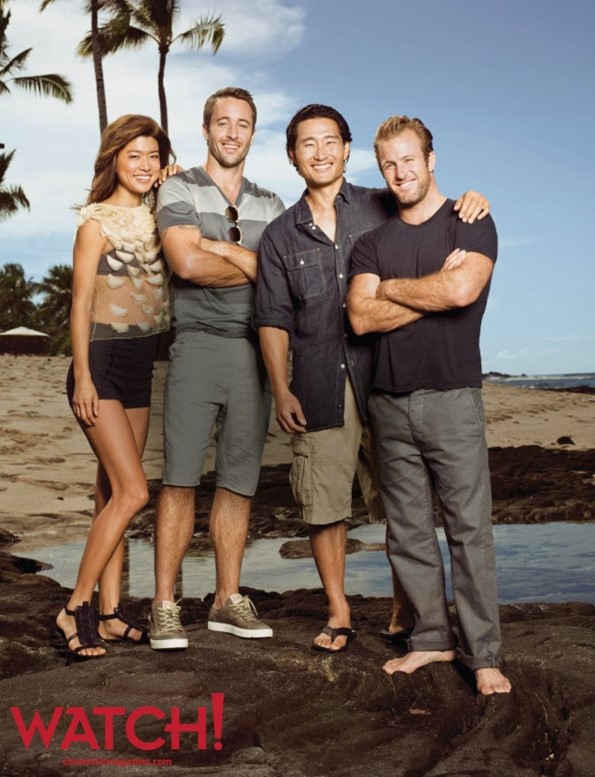 The scent of coconut oil fills the air as detective duo Steve McGarrett and Danny ‘Danno’ Williams dodge tanned bodies to hightail it along the sunny sands of Hawaii in a bid to nab their man. This is a regular occurrence in Honolulu, and it’s one the locals have grown accustomed to since the rebooted version of Hawaii Five-0 – along with all its Hollywood bells and whistles – rolled into town last year.

While tourists crane their necks to catch a glimpse of the buff boys in action, the locals don’t even flinch. And you can hardly blame them – after six seasons of JJ Adams’ cult drama Lost, they’re used to the rich and famous frequenting their island.

“When Lost first became popular, a lot of people would say, ‘Hey, you’re the guy from Lost,’ even though there were 11 guys from Lost,” Daniel, 42 says.

“But then eventually it became Daniel Dae Kim or, ‘You’re Jin!’  And now I’ve been around so long, they don’t even get excited to see me anymore! They’ll see me in the grocery store and just say, ‘I really liked that last episode,’ and walk away” 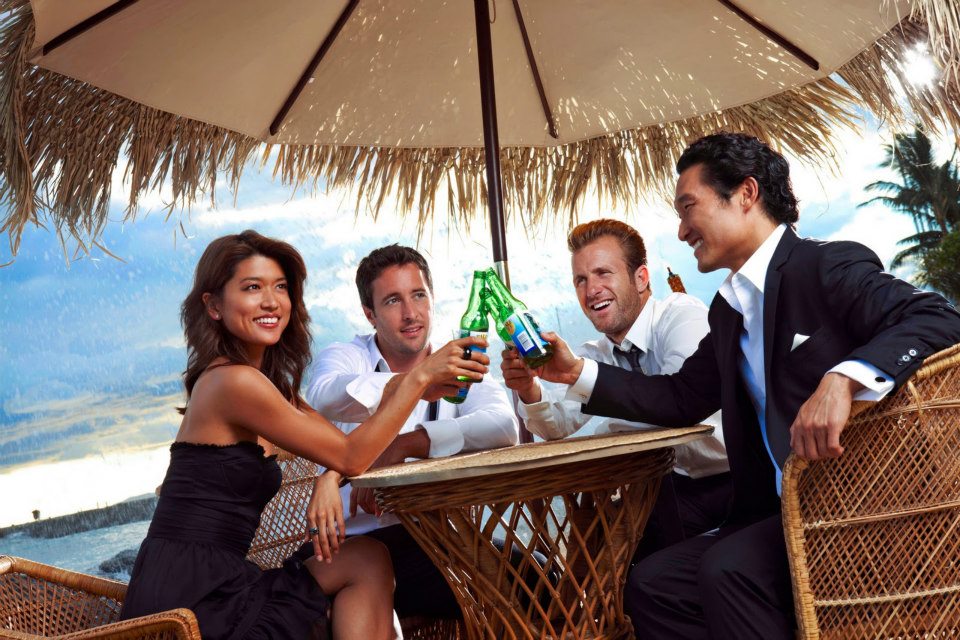 Guts, passion and a tough-nut attitude are what revs up the Five-0 team when it comes to catching crimes, so it’s not surprising that embodying these roles can lead to some serious mishaps. Being in peak physical condition is a must for the lead actors, and, while Chin’s cousin, rookie officer Kono Kalakaua (Grace Park), adds the female flavour to this testosterone-driven drama, when it comes to stunts, it’s purely boys’ play.

“I’ve been getting thrown out of tanks [and] beaten around the island of Oahu,” Aussie star Alex O’Loughlin (who plays McGarrett) told HollywoodNews.com.au.

“If I took my shirt off, I’d look like a beaten piece of meat!”

However, the bruises that Alex, 34, has sustained are nothing compared to the damage co-star Scott Caan (Danno) inflicted on himself while shooting a stunt. Already suffering knee problems, the avid surfer en sports enthusiast suffered a knee injury during film, forcing him to undergo surgery in Los Angeles to repair a torn ligament.

With the accident occurring in the early days of filming, producers were given no option but to write the 34-year-old’s new accessory, a walking stick, into the script to cover the unfortunate mishap.

“Scott’s actually had a bit of a rest from the action for the first year of episodes because he tore his ACL (anterior cruciate ligament),” Alex tells TV WEEK.

“He had to have surgery, so I took double the load of action – and yes, I am feeling it!”

Scott adds, “I keep getting hurt. I don’t know what happened. I am old. I’m getting older. I went to the eye doctor today and I can’t even see out of my left eye anymore!”

So what about Battlestar Galactica star Grace, 37? Does she hold her own? According to Alex when it comes to handling herself around the boys, Grace is well and truly one of the club.

“Her energy is wonderful,” he smiles. “But it’s funny, we’re doing the action stuff and it doesn’t feel like female energy, you know. It feels like I’ve got to keep up with her! She’s incredible with the stunts and the surfing and the gun work.” 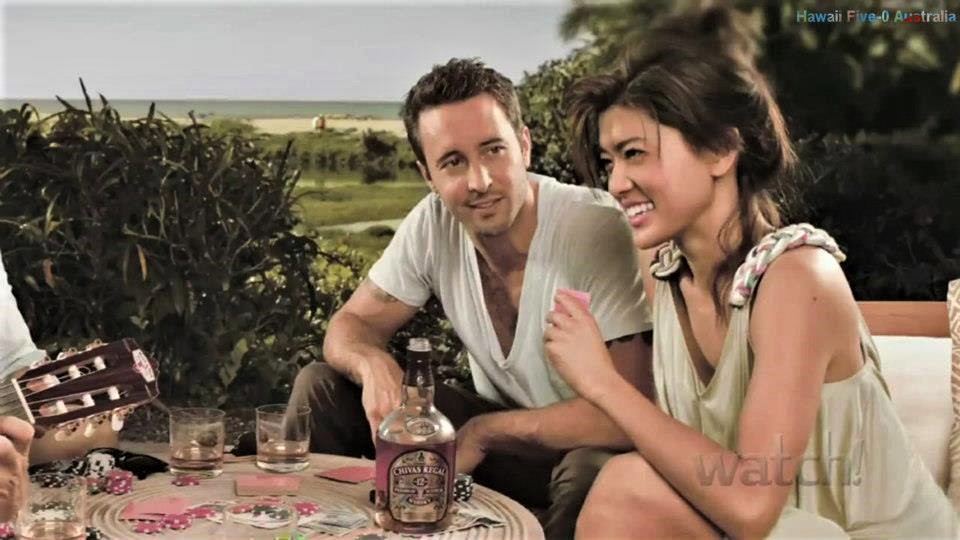 Scott agrees, saying, “Grace likes to do more of the stunts than I do. I want to sit it out and she’s charging it!”

It’s clear the four co-stars have formed a firm bond, but the friendship between leading men Alex and Scott is even stronger. They banter back and forth easily, and it’s this chemistry that has helped Hawaii Five-0 maintain solid ratings in the US and around the world, including Australia.

“We’re similar in a lot of ways,” Scott explains. “We have a lot to talk about off-camera. I think you just get lucky [with some co-stars]. You can agree to do a show and be on with someone where you don’t have that. The first day we did a scene [together], we just clicked.”

And Alex reveals the pair’s similarities can be traced back a long way – they were born within a day of each other in August 1976!

“He was born here in the United States on the 23rd at night, and I was born in Australia on the 24th in the morning, so we’re actually born a couple of hours apart!” Alex says.

The duo can’t believe their good luck in being cast in Hawaii-Five-0 – especially since Alex’s first Hollywood leading-man gigs – in Moonlight and Three Rivers – failed. But even so, they admit that the long hours involved in producing a weekly TV series do take their toll.

“The hardest thing about working in this beautiful weather, under this beautiful sunshine and looking at the water all day, is the fact that I’m wearing army boots and I can’t jump in,” Alex explains.

“And by the time I finish work, it’s dark and I go home. I shower and I’ve just got enough time to have some food, go to bed and learn all my stuff for the next day.

I’ve had so much work to do. I knew this coming into it, but in television it takes everything you’ve got just to learn, just to get on top of the work and to get the work out.”

However, it certainly isn’t all bad. Spending up to eight months a year soaking up the atmosphere of idyllic Honolulu does give him time on the weekend to kick back, relax and dip his toes in the surf.

“I love that, on the weekends, you wake up in Hawaii,” Alex enthuses. “It’s pretty amazing.” 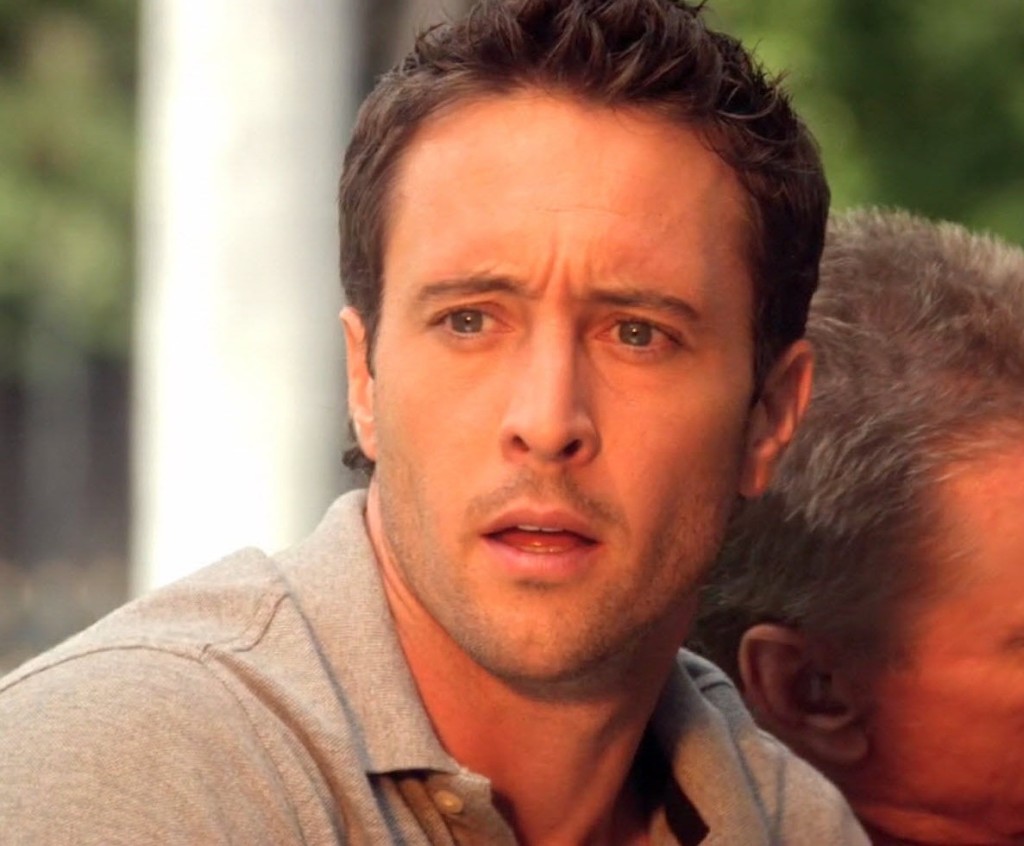