As a follow up for yesterday’s post, another interview just a short while after the one that they recorded on set.

And also another interview from 2018  that I somehow can’t recall seeing before today.

This time Alex does talk about Meaghan.

And on that note, we also want to congratulate Meaghan on her baby that’s on the way.

She got married last year after H50 ended and today she revealed the news, with pictures that show how far she  is into her pregnancy already.

We want to wish her and her husband the best with the little one! 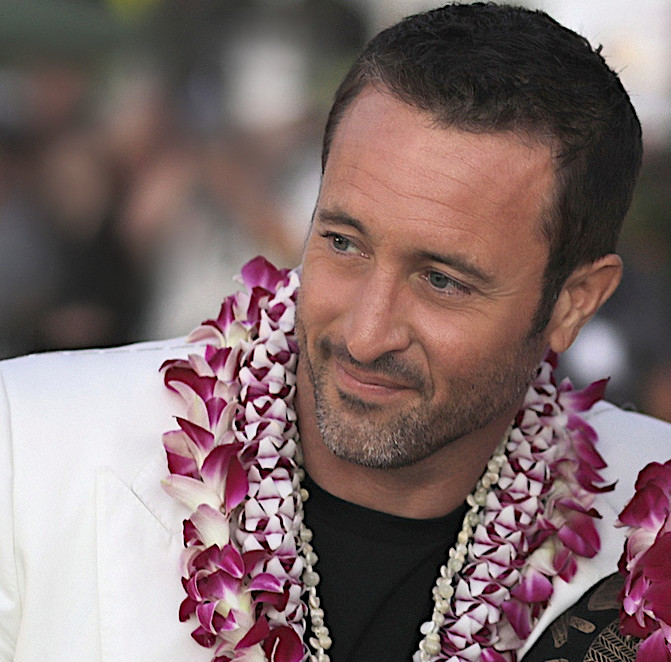 Transcript of the interview

Reporter: Canada loves this show. What do you want to tell them?

I was doing a bit about Meaghan, talking about herself, and then he dropped in like, how awesome she is hammer … and I didn’t get … and it was like, good moving on … and I was like wait, I didn’t get to say how great she is.

She’s amazing. She’s brought such a breath of fresh air to the show, that it really needed. She … she filled some shoes that needed filling. And that were… I mean, she came in …. It’s really hard to come onto a show that’s established and running hard. And you know, it’s hard man.

I’ve done it on other shows and she just bounced right in and …. and took over that role.

And we really appreciate her off camera as well. She’s a delight to work with and … and very talented.

Reporter: Your ninth time out here. What can you tell us about the crowd that show up year after year?

I’m so grateful for all the support. Here’s the thing I always say. If people … if people stop watching this, I don’t have a job, you know. And so the fact that not only people continue to watch, but to show up. And they .. and they … People fly from all over the world to this. It’s … it’s … it’s nuts.

Unfortunately we … we had a bit of potential inclement weather coming in, and so I … I fear that some people that had come out for it, might have had to head back on the tickets that they had bought.

But for those people, we miss you guys. So thank you.