As a follow up to the post of the First Hawaii Five-0 Wrap party ,  we want to share this one about the Season 2 Wrap party as well. 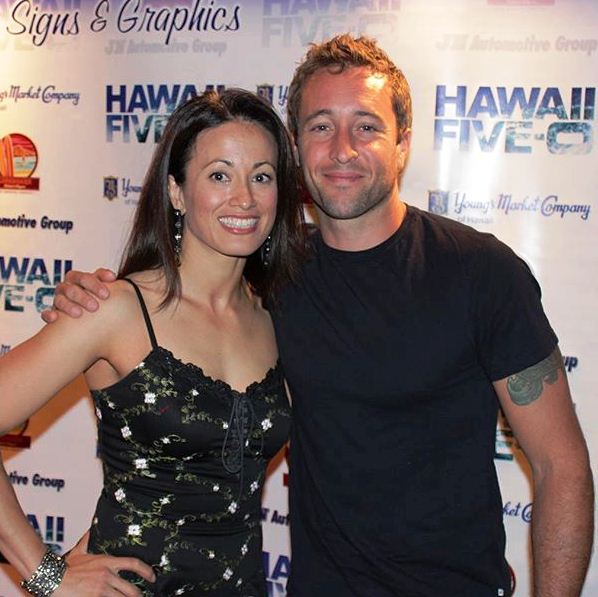 This post has been in a draft here for ages, but never got finished ….. It is actually an old article by the late Christa Wittmier.

– The original article is unfortunately no longer available

At the end of each season of Hawaii Five-0, the cast and crew attend a wrap party to finish their work for that season. We as viewers don’t get to see a lot about those events.

It is understandable, because it is a work event where people can let their hair down with their families and they might be restricted from posting too many pictures from it.

The only night I managed to get anywhere was Sunday, which was one for the books. Cycle City hosted one of the best wrap parties yet that Hawaii Five-0 has had.

I didn’t even know you could do events there. They are pros. The place was transformed. Hogs were moved off the motorcycle showroom floors and replaced with cocktail tables and a stage.

Anuhea jammed to a hugely receptive crowd of almost 500 guests and I found myself spending way too much time staring across the room at an extremely attractive Alex O’Loughlin, laughing and talking with his crew.

I remember the first time I met him and he turned my hand over after shaking it to look at the tattoo on my wrist. He kept holding my hand as I told him how each star represented a different country that I had traveled to, and I found myself drawing out the story as long as I could so he wouldn’t let go. That is one sexy man.

For two years in a row, the scheduling was not in their favor as they all had to go to work super early the next morning but it didn’t stop them from dancing their faces off until the very end.

I seriously love those party monsters.

And some of the pictures shared from that evening:

(Again we are not sure about the original sources)

Unfortunately there is also a sad part to this story, because Christa is no longer with us.

Christa passed away peacefully on Thursday, January 3, 2019, after a three and a half year battle with cancer, at her sister’s home in Hutchinson, MN at the age of 43 years.

The other sad part is that I could not find any picture of Christa and Alex together.

But as you can see she had a great  sense of humour, reflected in this next Twitter post.

Never want to ask Alex for a photo but look- here's one we are kind of in together ! pic.twitter.com/Ej7976euMi

“Never want to ask Alex for a photo but look- here’s one we are kind of in together !”

The two of them are in 2 different pictures on the same newspaper page, but on top of each other. 🙂

Over the years Christa was regularly seen in pictures with some of the other cast and crew members of Hawaii Five-0. She also made a few Social Media posts about them and Alex.

As a DJ she also provided music for a number of the Hawaii Five-0 events. 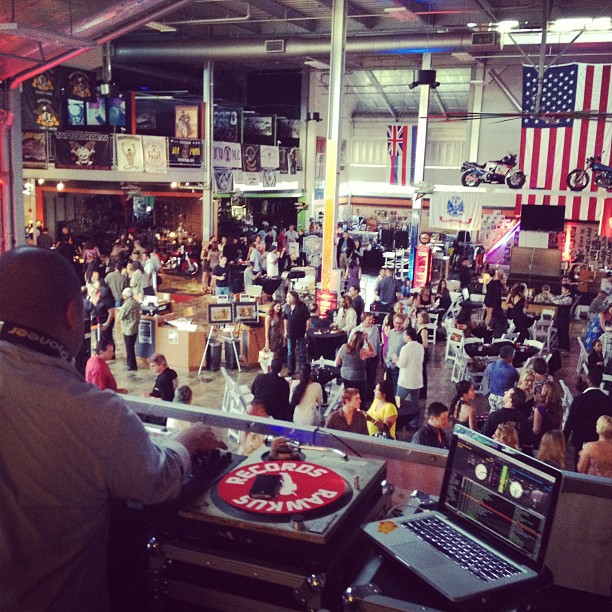 — with Jason Genegabus at Hawaii Five 0 Sunset On The Beach. 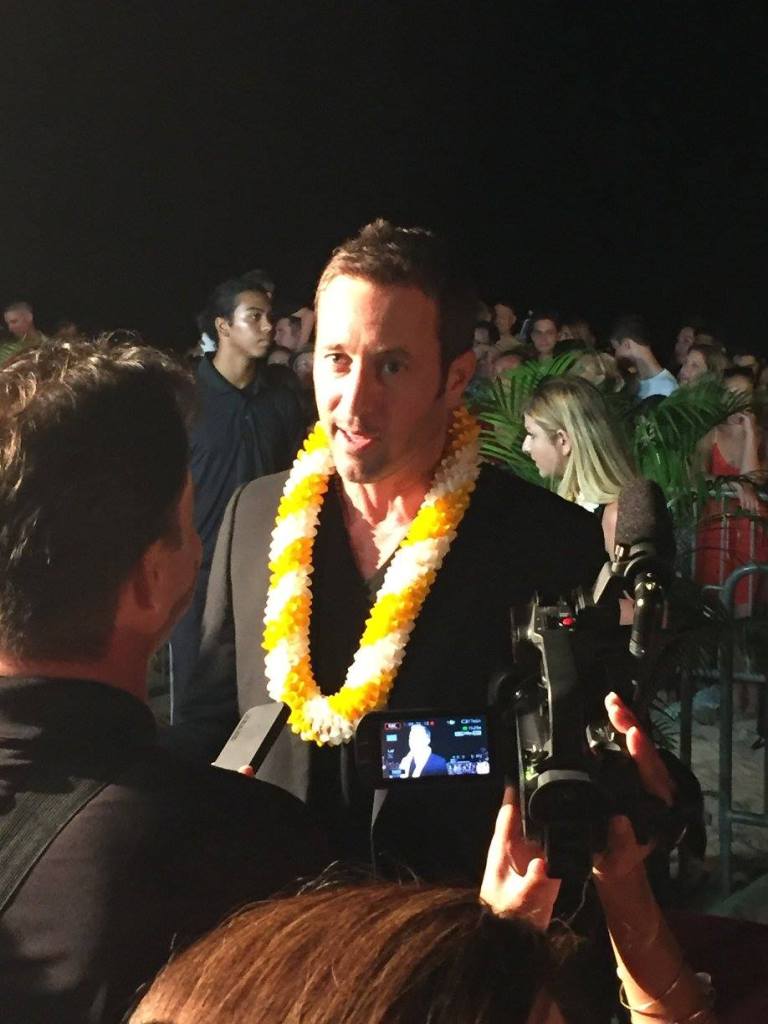 they love alex so much and so do i. he always remembers me from even back in the day and sat next to me one time when i played a soldier in the lunch tent like “who let you in here!” and even stopped from his super-fast gotta-go walk out of the event to come back and say hi and tell me i looked so good and healthy. ….. he gets three.. 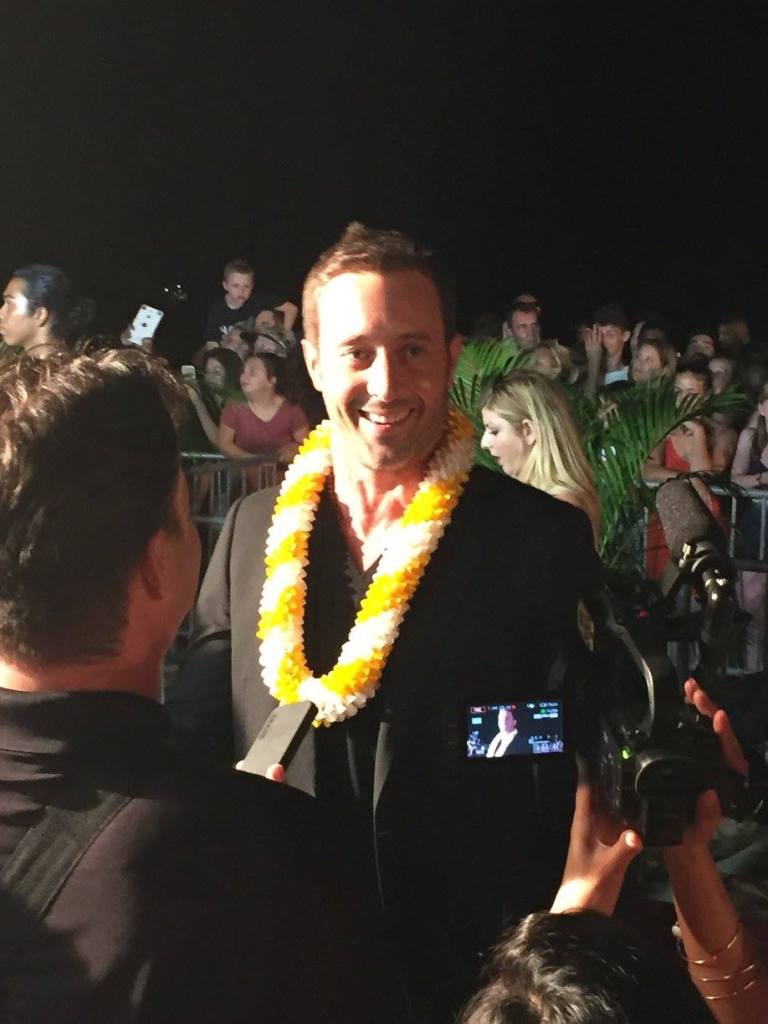 ok one more of alex

i was SO CLOSE! got to watch jason genegabus chat him up they got a long time rapport. 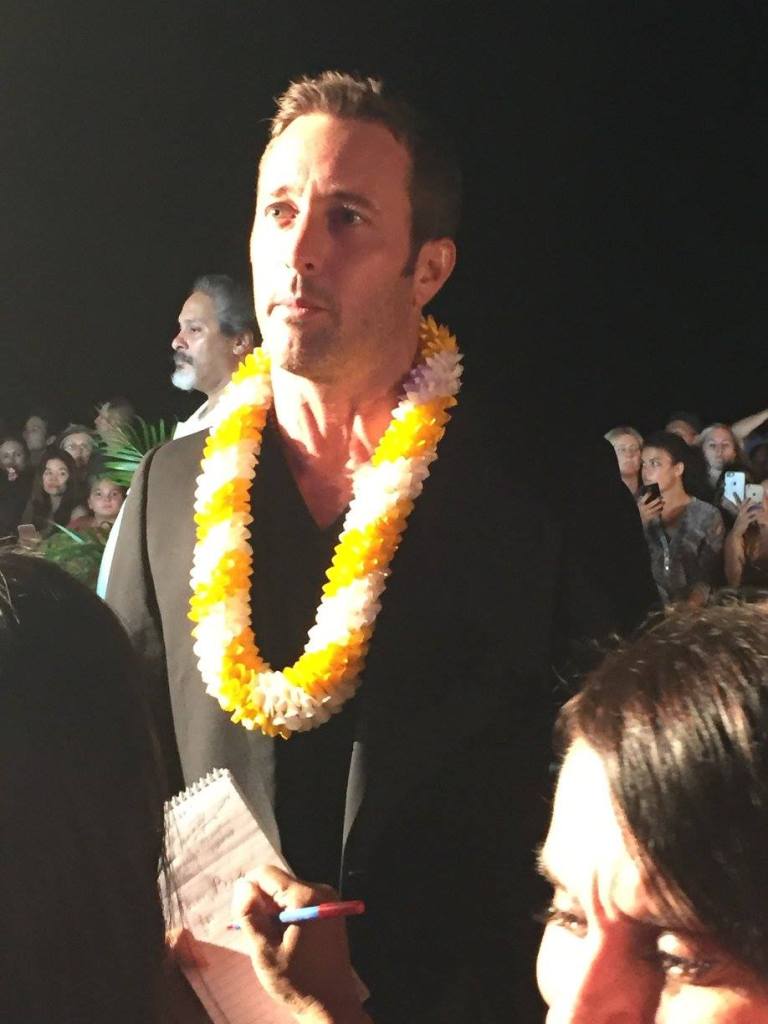 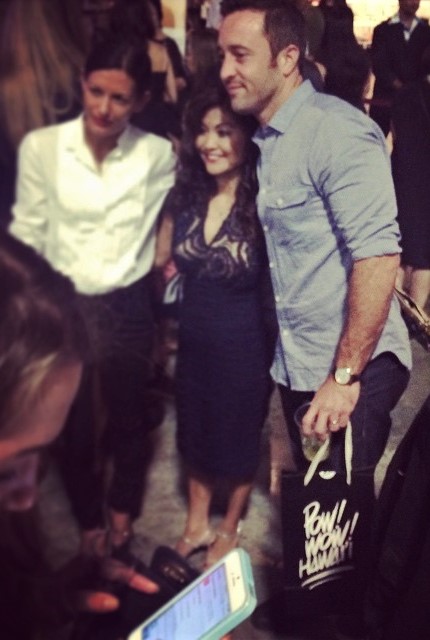 Christa was a founding director for the POW! WOW!, Hawaii art festival and the creator of many popular signature events on Oahu. 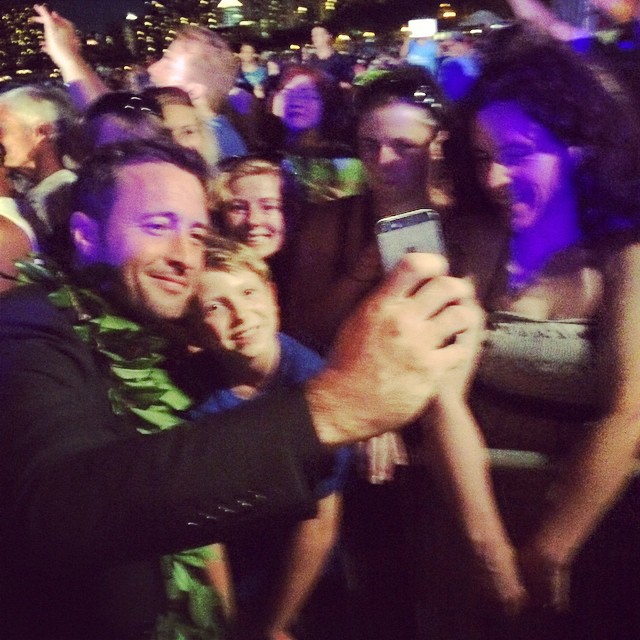 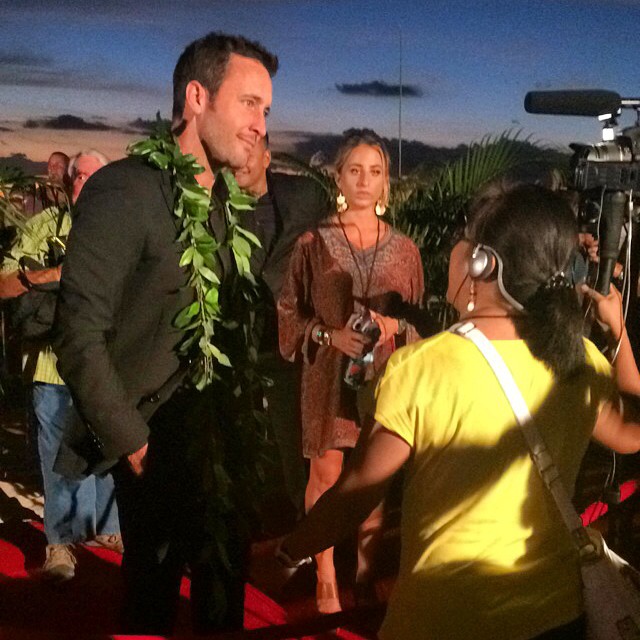 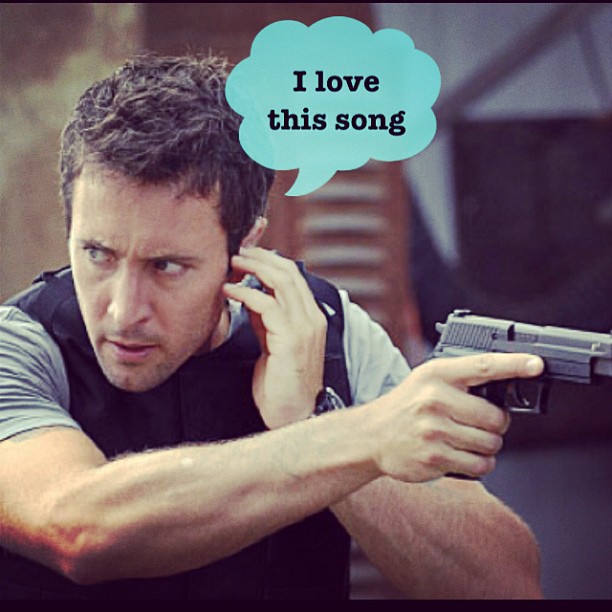 It looks like Christa was DJ at the Season 3 Wrap Party in 2013. Alex attended – so we hope she played his songs.
We are not even sure if he ever attended any of the Wrap parties after Season 3 – no pictures as evidence.

In the end this article became more that just a Wrap Party post.

– He is loved and adored by so many and for so many reasons!

Thank you Christa for sharing some of your thoughts and experiences around Alex with us all.

We are sure you are still dearly missed by your many loved ones and those who could spend time with you! 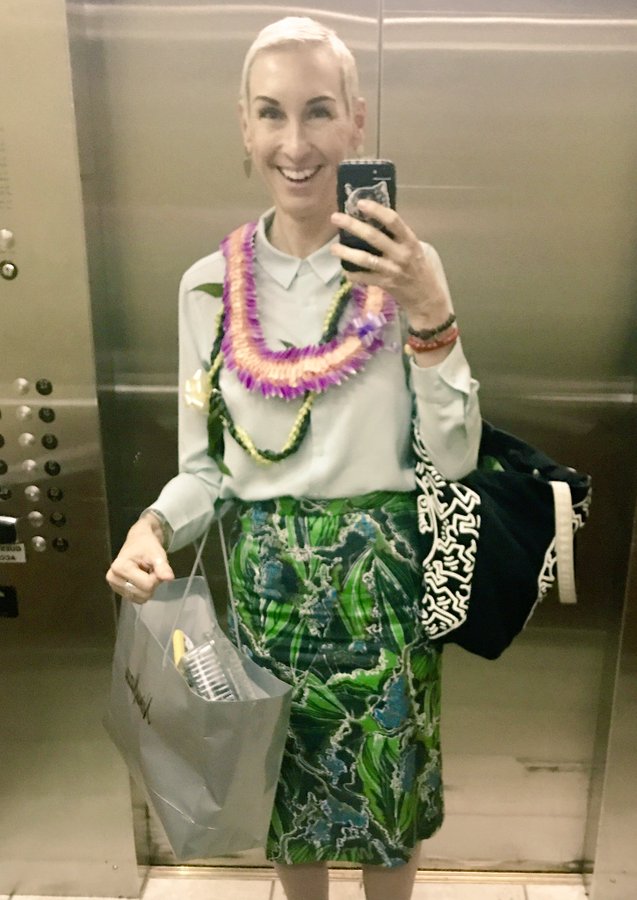