The cast of Hawaii Five-0 got interviewed on set, by Audrey Cleo from TV Guide, during the filming of the Season 1 finale. She asked some questions about the end of Season 1, and got some fun remarks back from the main cast, which included Alex, Grace Park, Daniel Dae Kim, Scott Caan, and  Larisa Oleynik.

Who knew? Alex can knit! And from Grace’s comment, it is clear that even back in Season 1 already, the fan fantasies of a McDanno romance were a big joke on set.

Audrey: I’m in beautiful Oaau, visiting the Hawaii Five-0 set where I’ve got the secrets, scandals and spoilers of the season finale.

To Alex: This thing isn’t even on, so

Alex: We can have some beers.

Audrey: So, who dies?

Alex: You’ll be blown away.

Audrey: Don’t think that’ll happen on the Season 1 ender, airing tomorrow night on CBS. But we do know that head Five-0 hottie, Alex O’Loughlin aka Steve McGarrett, finds out whose been leaving hints about his parents murders.

Audrey: Is the person who’s been giving Steve those clues, someone we already know?

Alex: Yes, he gets double-crossed. He gets lied to. He gets … he gets set up. 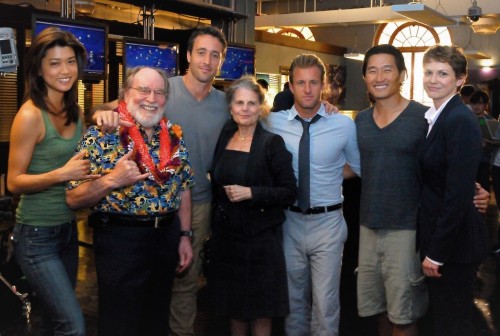 Daniel: Yeah, but that’s just between you and me.

Audrey: We can tell you, one major character will meet a grisly end.

Scott Caan’s character, Danny Williams, might also be saying Aloha, and heading back to Jersey.

While Chin may get his badge, looks like McGarrett loses his. 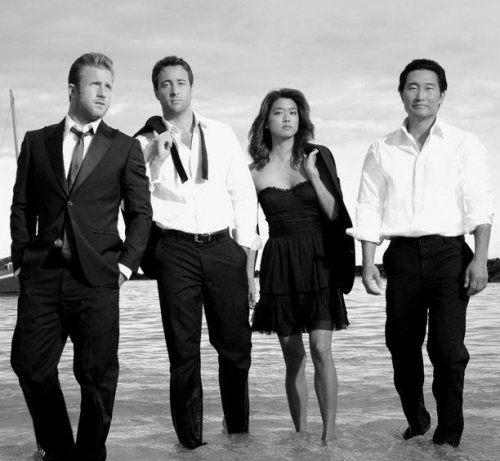 Audrey: And as always, expect losts of action.

Audrey: What was the most dangerous stunt that you had to do? For the season final?

Scott: I had to kiss Claire Van Der Boom.

Larisa: We did have an explosion, yesterday. 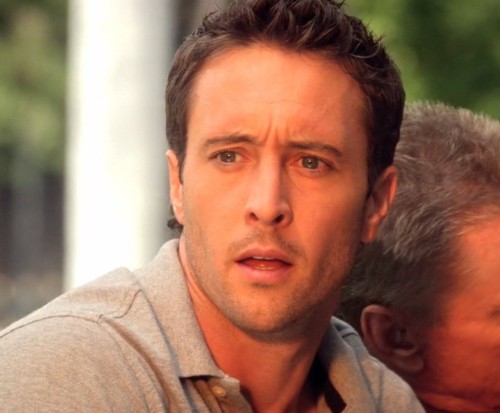 Audrey: It’s a physical role too. I mean, this is serious stuff.

Alex: I’m sort of beat up and I’ve got like a torn shoulder. Look at this.

I just really want to touch you …. [ touching his shoulder again]

Alex: She just wants to touch my arm. [Laughs]

Grace: They don’t do needle pointing. They’re dealing with criminals

Audrey: Is that why he has Kinesio tape on his shoulder?

Audrey: Is that from all the crocheting that he is doing?

Audrey: I don’t think I got a clear … [hinting to touch his arm again] 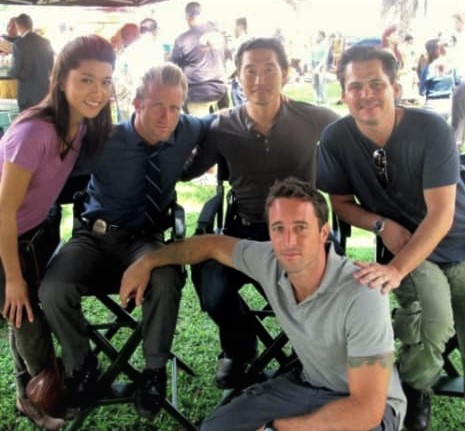