In some of my old files, I came across magazine interviews with Sophia Myles and in them found a few things she had to say about working with Alex on Moonlight.

Some of it sounds repetitive, but you can see that in general, they had a great friendship and a wonderful working relationship. It is really a pity that it was so short-lived. 😥 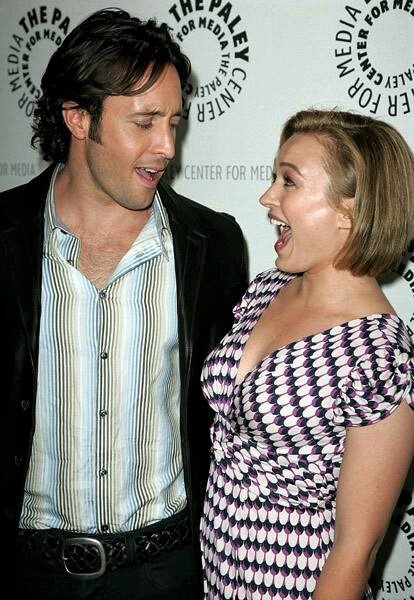 Q: Discuss the chemistry between you and Alex.

Sophia: It’s absolutely luck. It’s like the gift you wish for. If there was a formula you could produce, then every show would be a hit show.

I’ve had a lot of costars and leading men, but it’s like normal life. Some people you click with, and some you don’t. We make the other one better. It’s like playing a really good game of tennis everyday.

Out of character, Alex and Sophia, our relationship is based on humor, and we laugh our asses off. If you filmed us off screen it would make an even better show than Moonlight. It’s hilarious.

Q. Talk about your tremendous chemistry with co-star Alex O’Loughlin. Can you predict something like that?

Sophia: It’s absolutely luck and the most wonderful thing. It’s the gift you wish for as a producer. If there was a formula for chemistry, every show would be a hit show.

But all I know, is that in twelve years of working, I’ve had a lot of co-stars and some people you click with, some people you don’t. We just happen to be really lucky, a fantastic due, we make each other better. It’s like playing a really good game of tennis, we raise each other’s game.

Q. And off the camera?

Sophia: Our relationship out of character is based on humor. We laugh our asses of. If you were to film us off set, it would make a funnier and better show than MOONLIGHT.

Sophia: I can’t speak about Alex highly enough. He’s like an older brother to me. And we laugh constantly.

There’s something about a Brit and and Aussie together. It’s a good combo. We’re outrages.

Sometimes the Americans don’t know what to do with us.

Sophia: And the chemistry between Alex and me seems to work. It’s one of those things that everyone wants.

Money can’t buy it and there’s no logical formula to create it. We’re lucky, the sum of the two of us works really well.

(These rare promotional pictures belong to Jill. You can see more of them on her IG page from time to time)

All of my favourite stuff is some of the really, really deep and poignant scenes between her and Mick. I ‘ve been doing this for 12 years and, I have to tell you, Alex O’Loughlin is my favourite person to play opposite.

There’s such an incredible connection and we have such a clear line of communication between us while we’re working. It’s so thrilling. It’s like playing a really, really good game of tennis every day.

We force each other to raise each other’s game. And we want to be better and better; we want to give the absolute best that we can and because we’re aware we have this wonderful, glowing fanbase, we feel very responsible, we just want to make more and more great stories for them.

I wonder if now, after another 12 years since then, if Alex is still her favourite person to play opposite?

– And here are some things Alex had to say about them as well:

Alex: Sophia and I spend a lot of time together and we’re great mates. She’s really fantastic to work with. I’m Australian and she’s British, and we have similar sensibilities and a similar sense of humor. We grew up with the same TV. We have a lot in common.

She’s easy to get along with, which makes a big difference, when you’ve got to spend 18 hours a day with somebody. But, as far as our relationship goes, in comparison to Mick and Beth, it’s very different.

There is no tension between Sophia and I. We’re colleagues. We’re not lovers. We have our separate lives.

People talk about on screen chemistry. We work together, and those two characters have this really fantastic chemistry. I see it, when I watch the show back, but it’s not tangible in real life. When you put it on film, it’s there 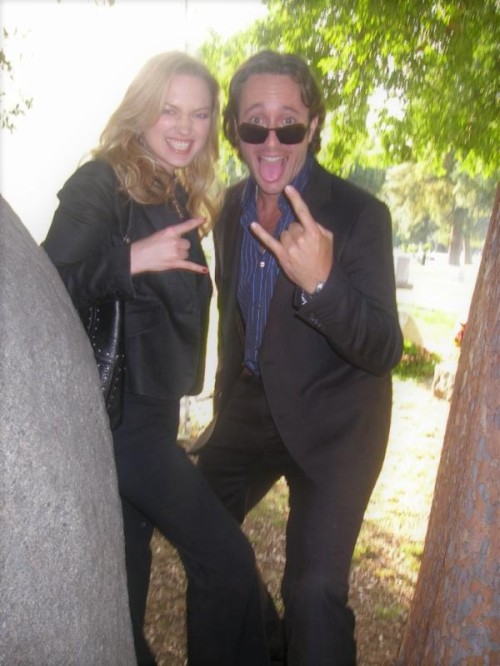 Alex [playing around with a lence]:

Question: Are you starting to feel like a vampire?

As soon as Sophia Myles steps on the set, the magic will erupt.

Question: She said she was very excited about working with Shannyn, because she’s got a little girl-crush on her.

Alex: She said that about Shannyn? What about ….?

Alex: You must be excited about working …

Sophia: I told you I had a girl-crush on Shannyn.

Shannyn:  I guess that goes with charm and sexiness.

Sophia:Shannyn doesn’t know it yet.

Shannyn: Someone said something about that, that I have to check. Did you guys know about this?

Alex: You told me, but you have also told the world now. Well, you all know.

Alex: Let’s keep it a secret.

Question: Tell me a little bit about the chemistry that goes between Mick and Beth.

Sophia: Can you not just feel it?

Alex: Yes, not much.

It’s really sort of …What’s weird is that it’s … it’s sort of sibling-like. Add a bit of  …. I mean it’s weird. We shouldn’t go into it, because kids may see this.

We’ll be magic on screen.

You can also read some more of the things Sophia had to say about Alex in one of our old posts: