We were busy with the transcript of Alex’s martial arts interview of last week, when we stumbled upon some beautiful footage of Alex from back in December 2018.  It seems like it involves Alex’s great love for martial arts and also the indigenous people of Hawaii

(We had to rely on internet translations – so some of the dialogue and correct names might be lost in translation. And we know nothing of the terminology used with swords) 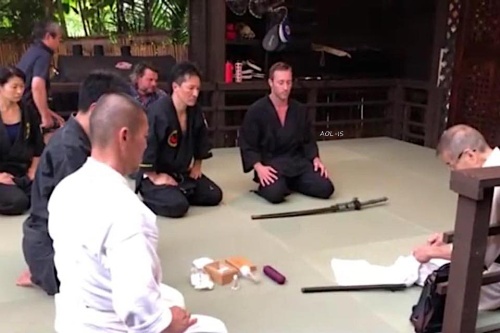 (We also notice one of Alex’s partners  at Trident Adventures,  James Beck, at the back on some of the pictures)

Dr. Tanaka instructed Mr. Alex O’Loughlin, who plays the role of Commander McGarrett in the drama “Hawaii Five-O”, at the Shiseido Dojo. 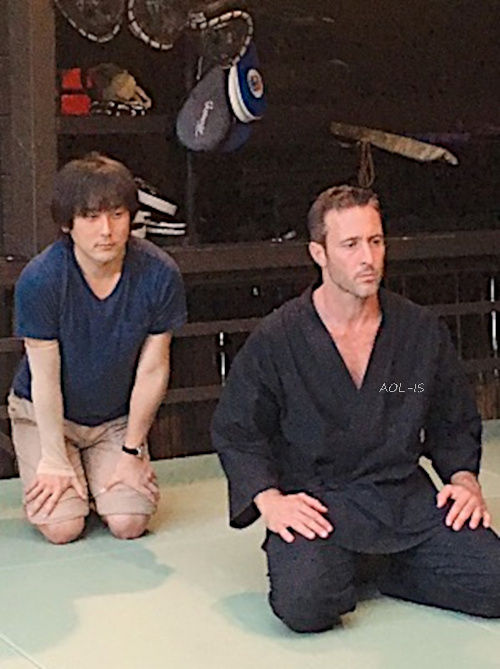 Jena Crawley is with Brandon Makaawaawa and Puuhonua B. Keiki Kanahele. 5 December 2018 · 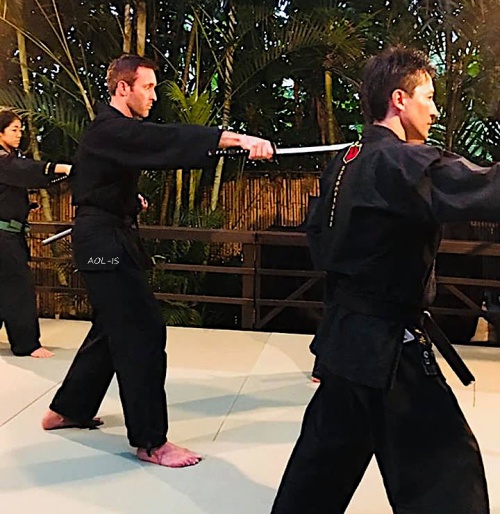 Last week, Mr. Koshiro Tanaka, who is a technical adviser to the Honshinkan Dojo, and the members of the group visited us and stayed at the main building for daily guidance.

This week has been a very important week at Shishokukan. With only a limited number of people, we were able to spend a very meaningful time with Navy Shields members of the Navy Special Forces and Peace Force Security of the Hawaii independent country participating.

Mr. Tanaka’s technique is a movement that has been cultivated in battle on the battlefield, and even if there is a slight deviation, it will be cut by the return of a knife or dagger, so it is a very accurate technique.

In contrast to ordinary army manual fighting, which is very rough and physical action using force, Mr. Tanaka’s technique is very functional, including control of fist, and it is said that God dwells felt.

I also trained Kodachi. Kodachi is directly connected to physical arts, and I felt that the level of physical arts had improved.

Besides practicing, I had my friend Alex’s sword examined, and Dr. Terao also taught me how to do cane late at night. Thank you for your guidance, Dr. Yoneda and Dr. Itami of Hiko Fluid Surgery, and Dr. Terao of Naoko Kageryu. 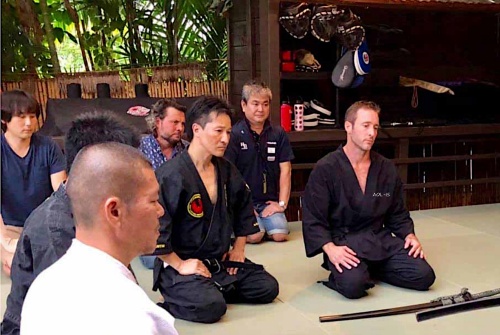 The dialogue on the video is not very clear – so our transcript of it is not very good. And we can’t seem to agree on what is said. 🙂 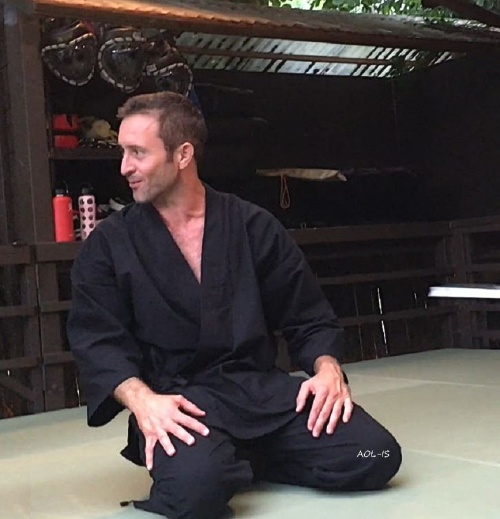 [Some Japanese dialogue from Dr. Tanaka]

Alex: So, it’s not worthless after all? 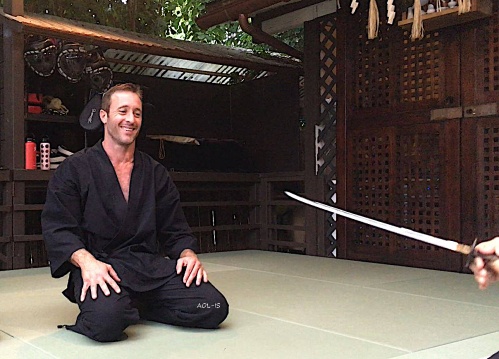 It would be great if there are any Japanese fans who could translate what the Karate Master says here on the video. 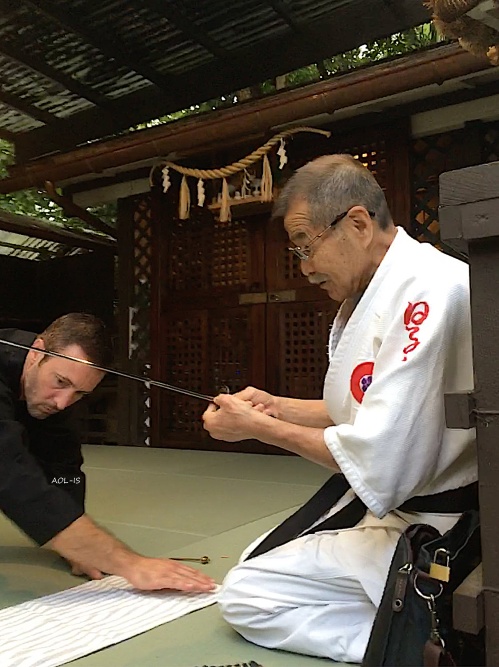 He explains the types of swords in Japanese.🇯🇵
It is a type of Japanese sword called a “wakizashi”.
He says that his sword is of the short type, and if this is a “kodachi” then it’s the proper length.
Normally, a “wakizashi” is said to be about 45 centimeters long.🇯🇵

#2) It Was Invented During the Kamakura Period

Like the katana, the kodachi was invented sometime during Japan’s Kamakura period (1185 to 1333). This period was defined by the ruling shogunate as well as the emergence of the samurai class. Japan experienced a constant wave of invasions during the Kamakura period, prompting the government to develop new weapons like the  kodachi.

#3) It Was Used as Secondary Weapon

Samurai warriors carried the kodachi as a secondary weapon. During feudal Japan, it was customary — and even required by law — for samurai warriors to carry two weapons: a long sword and a short sword. With a blade length of less than 23 inches, the kodachi as the perfect side weapon for this purpose. Samurai warriors could easily carry it on their waist, from which they could quickly draw it when needed.

#4) It’s Often Confused With the Wakizashi

The kodachi is often confused with the wakizashi because of their similarities. But there’s one major difference between these two traditional Japanese swords that shouldn’t be overlooked. The kodachi was forged for a single samurai warrior, whereas the wakizashi was forged using standard measurements and specifications. As a result, many samurai warriors preferred the kodachi, as it was designed specifically for their unique needs, featuring the ideal length and construction.

#5) It Was Available to Citizens

During Japan’s Edo period, the government established a new law restricting the ownership of swords measuring longer than 24 inches to samurai warriors. Because the kodachi was shorter than 24 inches, it didn’t fall under this new law. As a result, even citizens could own the kodachi — and many did for the purpose of self- and home defense. The kodachi allowed ordinary citizens to protect their property, family and themselves against invaders and criminals.

15 responses to “#AlexOLoughlin and His Sword”