Posting some Hawaii Five-0, throw-back moments that we never covered before.

On 11 July 2014, Alex and Peter Lenkov, together with two other co-executive producers, Jeffrey Downer and Bryan Spicer were invited to attend one of the formal military ceremonies on the Island.

After three years as commander, Capt. Jeffrey W. James, transfer command of Joint Base Pearl Harbor-Hickam to Capt. Stanley Keeve, Jr. during a change of command ceremony on Friday, July 11 2014

Here are some of the pictures from that day:

(On the way to the event, Peter took and posted this picture)

“A s/o to #AlexOLoughlin who stopped by our historic event” 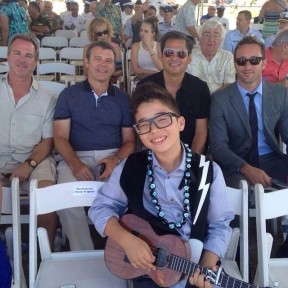 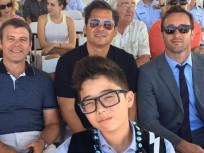 There were a lot of these events which happened before we really regularly covered all the news around Alex and the show. We will be doing a few of these post during the weeks to come.