The death of Steve McGarrett, according to #AlexOLoughlin – #H50

Amongst all the speculations and angst about the show coming to an end and the fate of Steve McGarrett, I scouted some older posts and found this very humorous quote from Alex from way back in 2011

If you enjoyed Alex’s Cosmo candid from yesterday, you’ll love this… Frank Rousseau of France’s TV8 got this quote from Alex O’Loughlin:

“In the course of a parachute jump with the Navy SEALS, in full descent, I’d notice that I had mixed up my backpack with my parachute!  They’d scoop up my body with a spoon and number each piece, and place each one in little boxes with the label “Steve McGarrett Parts, 100% Guaranteed”, which would be sold to tourists as souvenirs.  The proceeds would benefit the Association of Hawaii Five-0 Fans”.

(Unfortunately, apart from The Undercover post, all the other old links are gone.)

This is the funny picture that was shared the day before

With Alex on the picture is Senior Fashion Editor of Cosmo Magazine at the time, Rebecca Hessel Cohen.

One magazine that featured the fashion shoot pictures wrote : 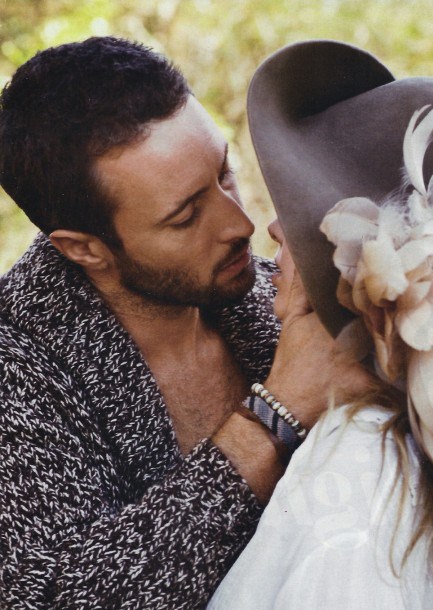 “The hottest of these details to complement your style is undoubtedly the handsome star of the Hawaii-Five-O series Alex O’Loughlin…. “

I think the world is in need of some silly humour at the moment.