If  we look at the way Alex handled the  first two Hawaii Five-0 episodes he directed, we can really look forward to this one ….. 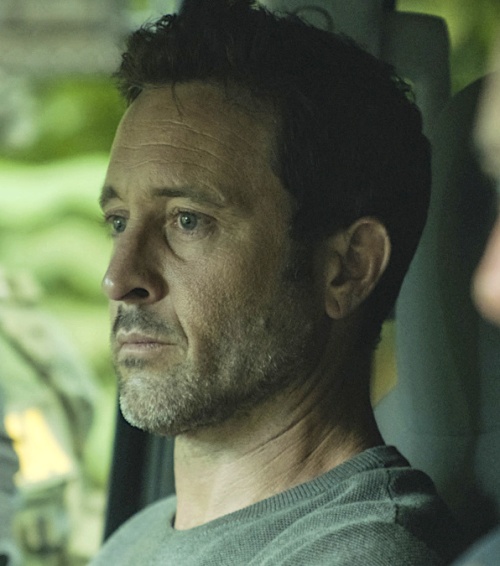 It (ambition) can be a very ugly word, especially in this business.

But I’ve always had a lot of drive.

So much posted from everybody about this episode and I am sure even more will pop up during the day.
Let’s have a look what we have this far (apart from that we have already posted about it since July):

kimeebalmilero Whether you’ve seen every single episode of #hawaiifive0 or have yet to see your first one (<—-I mean…what are you even thinking), DO NOT MISS THIS WEEK’S EPISODE on Friday, 11/8! It is written and directed by the man himself-Alex O’Loughlin and holy crappers did he kick major booty! We got a sneak peek of it a few months back and it absolutely took my breath away. It feels like no other episode you’ve ever seen before and is inspiring in so many ways. It makes me even more thankful to be a part of such a wonderful team, it reminds me that settling is never an option, it proves that there are no limits on how many dreams we can have and that we are able to accomplish them all if we really want to. You’ll be sad if you miss this. Your minds will be straight up BAH-LOWN!!🤯 #Repost @hawaiifive0cbs
・・・
When the CIA informs McGarrett that his mother has gone rogue, Steve goes solo to bring her home and prove her innocence on a NEW #H50 tomorrow at 8/7c 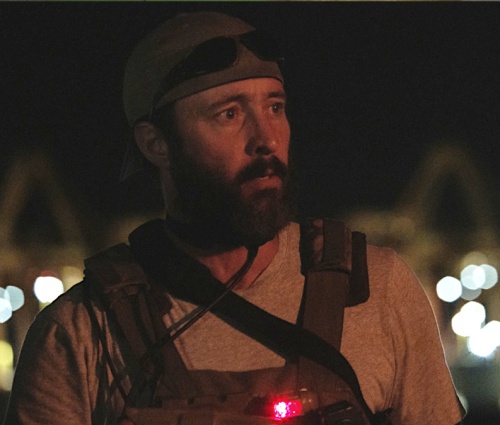 It was interesting to watch O’Loughlin as McGarrett in this episode. While he directed the episode, his role as head of the Five-0 task force was not marginalized or cut down in any way. It made the episode stronger as he still worked the case of the week and was center stage in both big action scenes.

O’Loughlin has played this role for going on eight years, and he obviously knows his character, and he also deeply understands all of the other characters within Five-0. While this is not surprising, it is very refreshing– as well as exciting to watch. 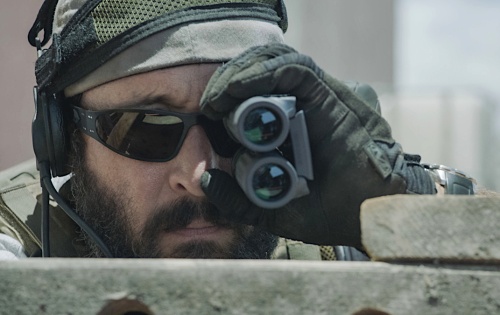 drafdal  Everybody tune in to cbs is at 8:00 tomorrow! I don’t post about my work often but my boss wrote and directed an episode of Hawaii 5-0 and I think it’s really good! You should watch, we worked really hard.
#hawaii50 #cbs 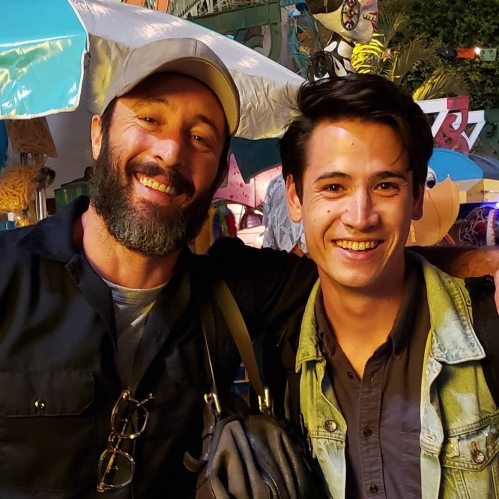 There’s some early and big!!!) news out there in relation to Hawaii Five-0 season 10. Not only is Alex O’Loughlin writing and directing an upcoming episode of the CBS series, but he’s also filming in Los Angeles! This news was confirmed this morning by executive producer Peter M. Lenkov on Twitter.

This is not the first time that O’Loughlin has contributed to the CBS show outside of his acting duties, but it is the first time that the actor has worn so many hats for a single episode. It’s clear evidence of his ambition, and then also the faith that Lenkov and the whole team have in him to deliver something awesome. If this helps to keep him creatively fulfilled and excited to be a part of the series, we are all for it.

We tried to keep it a secret. We failed 😜 #H50 shot some scenes in LA for an upcoming epic episode written and directed by our superstar Alex O !! Hope you have plenty of tissues at the ready! Season 10 officially starts in a couple weeks. Mahalo to everyone who got us to Season X 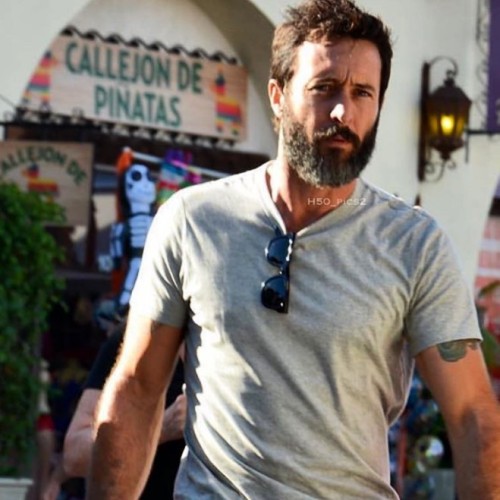 thedennischun Don’t miss this week’s episode. Script written and directed by Alex. Superb camera by Alex, Jones and the camera crew. It is a high water mark for this series. Certainly a special and emotional moment of television. Be there – aloha !
#h50 #hawaiifive0 #hawaiifive0cbs #alexoloughlin #stevemcgarrett #mcgarrett #dennischun 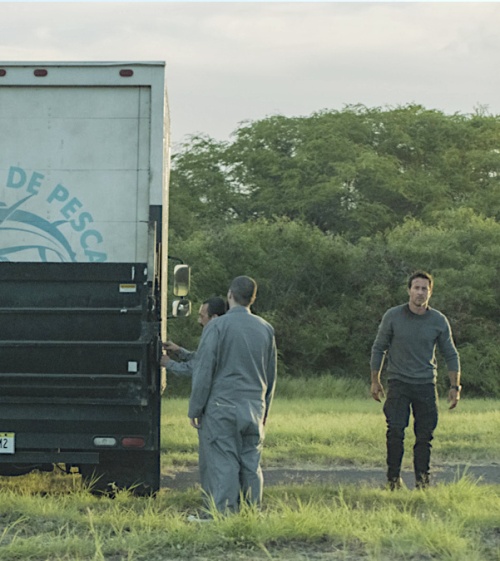 fbrfilms  If you watch one episode of HAWAII Five-0 this Friday at 8 pm on @cbstvstudios this is the one to watch! Written and directed by our very own Alex O’Loughlin with beautiful cinematography by Kurt Jones @jonesydop . This is like a mini movie with intense action, beautiful globe trotting exotic locations, and a suspenseful story. It feels like Michael Mann and Ridley Scott had a love child that made a movie. I highly recommend it. And you might catch me in there as well! Big ups and mahalo to Eric Norris , Paul Lacovera @paullacovara and Laura Albert for the opportunity! So grateful and blessed! #hawaiifive0@hawaiifive0cbs#stunts#actor#stuntman#action#badguy#actorslife#actors#bookemdanno#tv#tvshow 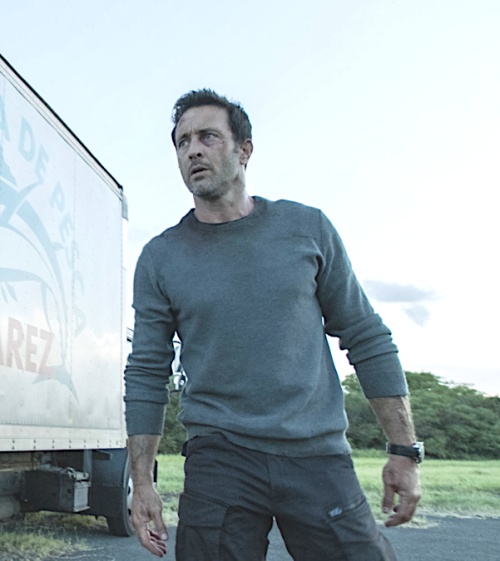 beulahkoale This weeks ep. Written and directed by Al. Shot by @jonesydop . 🔥🔥🔥🤯 . So good you have to record this bad boy and watch it again over and over. The best one yet. 📸: @bwallace80 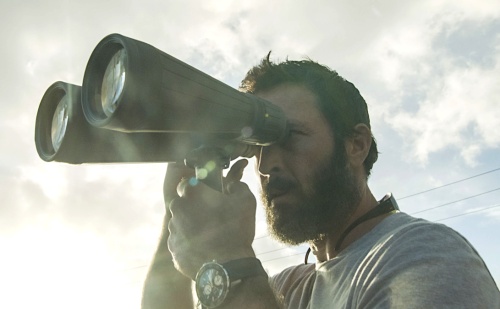 Previewing O’Loughlin’s first script for the long-running drama, Lenkov said, “He really wrote a great script, and he sort of wrote it almost on spec. He told me what he was working on and wrote the episode over hiatus, he did multiple drafts…. It wasn’t a vanity thing. He genuinely dug in until he got to a place where he felt like, ‘OK, this is a story I want to tell’ — and he nailed it.”

On the directing front, “We looked at it like a movie, and really wanted it to be very cinematic and big and have big stakes.” And as suggested by Doris’ involvement, “It has a big mythology aspect to it,” said Lenkov. 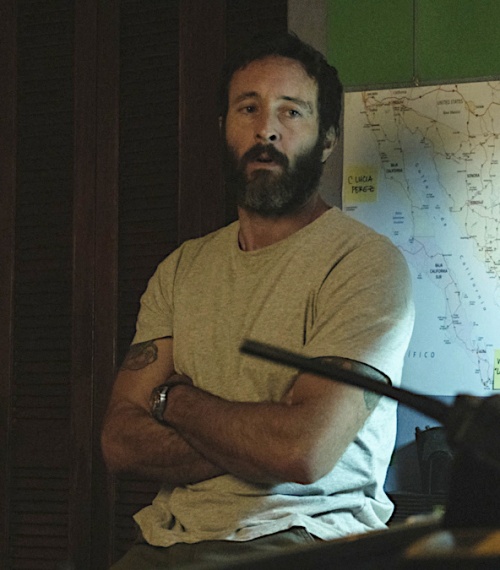 bwallace808 If there is one episode of Hawaii Five-0 you watch in your life, make sure it’s this one! Written and directed by our main man Alex O’Loughlin! Paired up with @jonesydop to deliver a feature felt episode. It’s a heavy plot with some intense action, definitely not a series norm. This Friday night at 8p on @cbstv. DVR it if you have to! Enjoy! #hi50 #hawaiifive0 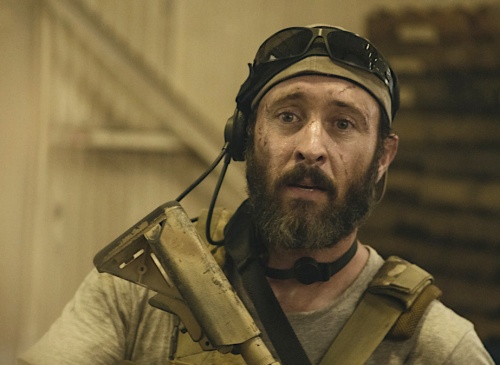 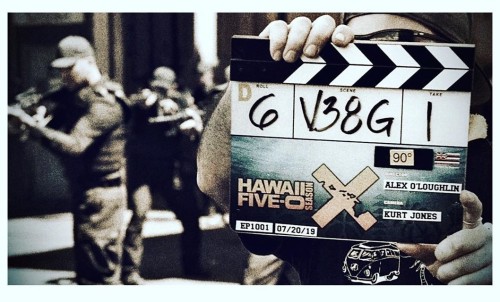 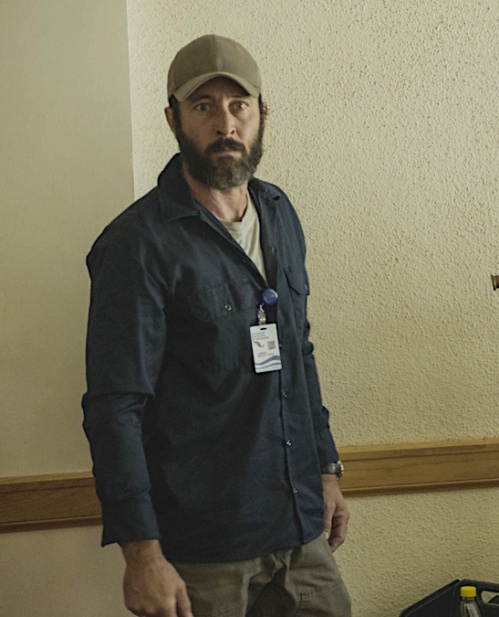 davidnaylor_1 Everything you’ve been reading about tomorrow night’s episode of @hawaiifive0cbs is true.
The passion and hard work of everyone involved in this epic grabs you from the very first frame, and never lets you go.
Do Not Miss #h50 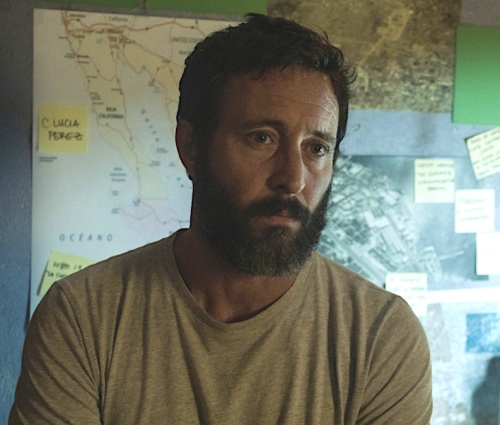 iananthonydale  It’s damn near impossible to upstage Alex O’Loughlin, unless of course you’ve got a fabulous Aztec Day Of The Dead costume on standby, but even then….
Al’s many talents are on full display in tomorrow night’s unforgettable new episode of #H50 written by, directed by, and starring the man himself. Episode 1007 will no doubt go down as one of the best ever. Don’t miss it! 8/7c on @cbstv @hawaiifive0cbs 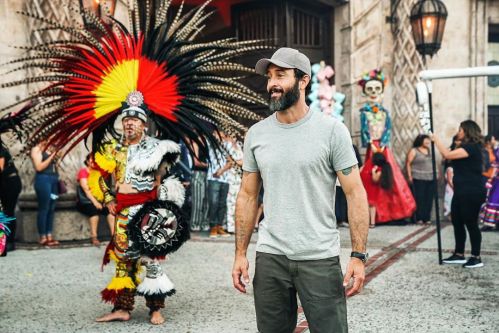 Hawaii Five-0@HawaiiFive0CBS
Important story about Ohana for McGarrett and the legacy of #H50.

At this stage I do not even mind if the episode is any good or not. Or whether it lives up to the hype around it, or my, or anybody else’s expectation. And I guess that for many even the outcome of the story will not be what we wanted.

All I know is that the sheer passion with which it is/was done, and the fantastic support from all those involved around Alex, make me a proud fan!

My wish for him is that this is the first big learning curve for many more such projects as writer, director, actor and producer and that he will get the chance to do this for the big screen one day (soon!).