No Man is an Island – #AlexOLoughlin #H50 (Includes Transcript)

Two years ago I used the same title for another post, but I thought it will apply here even better ……

We got more bits and pieces of pictures and posts from the private screening of Episode 10:07 on Friday at the Hawaii Theatre and also from Saturday night at Sky Waikiki rooftop club, where  Alex hosted his ‘Private Appreciation Party’ for Hawaii Five-0 cast & crew .

Some of these small videos posted, includes Alex’s speech from the screening. We decided to transcribe one and a Big Thank You to @chiranuj for posting it. She did a great job in not ideal conditions. There are a few pauses and breaks in sound and the footage, but we are able to get most of the important stuff. The speech gives us a lot more insight into why Alex hosted these events over the weekend.

Alex: Without the advocacy and the championing of Peter Lenkov and Kim at the studio and those guys, this ….. we wouldn’t be here.

Alex: Thank you. We haven’t been here that long, you know. [Calling people who are still hanging around outside] Come into the theatre.

Alex: You know, you the guys, the crew, my crew …. You get to see one each year, at the thing on the beach. And this year they said you were not allowed to bring any friends. So, a lot of you probably didn’t even see that one.

And I know that on set, as an actor, on set as a director, and now on set as a writer … what a pain in the ass. I know I demand a lot from you guys. And it’s very difficult to find ways to thank you individually and collectively. It’s … it’s … I try my best.

But I want you to know, without you – my crew – this isn’t happening. These opportunities for people like me, they don’t happen. I’m only as good as as all of you guys. You guys are my backbone.

I was given this Lei tonight …. Sort of falling apart. This is a Maile lei …. [break]

And I really appreciate it …. but all you guys should be wearing this. Cause without you, I’m nothing. So, I wanted to give a gift …. [break]  …. because it takes a village and you know we’re only as strong as our weakest link, which is as you are about to witness. So, thank you all very much. 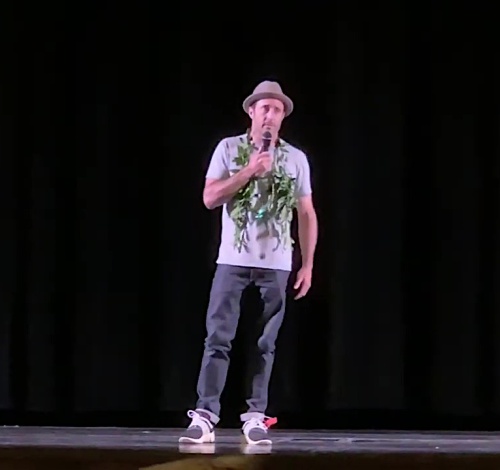 Then after the show, they gave it a standing ovation.

Alex: The three things that I need to say. First of all, clearly it is a temp mix yet. It’s not finished. Still a bunch FX missing, and sound …. 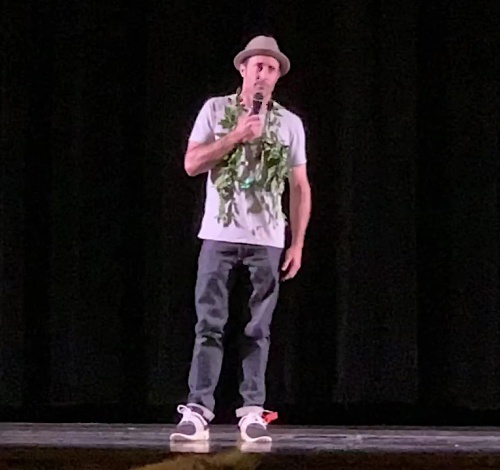 Then Alex invite Beulah on stage.

Alex: [About Beulah] He brought such and incredible, exuberant, youthful, positive energy. And he, you all, he is a big reason why I found the inspiration and the energy on top of all the madness of our lives, to do something like this.

And you know along with Beulah, Steve Kaplan and Jim Beck – you’re going to punch me in the neck for doing this to them, putting them on  [Break] ……. – you guys are not only, you know, incredible servicemen and members of this Ohana. Where are you? Hiding up there. You’re our brothers, you are our family. And I love you very much.

Thank you to the the crew. Look what you did, you guys killed it. So thank you very much.

Then Beulah performs the Haka for Alex.

At the end of the video we see how they sing to Stephen for his birthday.

Some information about what you saw on the video:

Stephen Kaplan and James Beck are two ex-Navy SEAL’s who run the company Trident Adventures. We posted Alex’s experiences with them early on in the hiatus, here: #AlexOloughlin started his hiatus fun!

And of course this episode will be the second time that they (Stephen And Jim) form part of the team with Steve and Junior, on a mission in Hawaii Five-0. We last saw them, when they had to rescue Joe.

The maile lei is a symbol of respect, peace, friendship and love. In Old Hawaii, this lei was the lei of royalty. Kahunas, Hawaiian priests, used maile leis to bind the bride and groom’s hands together as a symbol of their unity. The Hilo method of twisting is often used to make a maile lei for sale.

The maile lei is generally worn open ended, but a closed maile lei can also be created. This lei is Hawaii’s most popular lei for its long tradition on the islands and its good looks. Maile is its Hawaiian name, and Alyxia oliviformis is its scientific name. The leaf has a dark green hue, and its scent is a woodsy fragrance with just a hint of spice and vanilla. It is not tinted because its dark green color is so popular and sought after in Hawaiian leis. The maile leaf is delicate, and when refrigerated its leis will stay fresh for three days. It will turn brown if exposed to excessive heat.

The Maori people, indigenous to New Zealand, greet with hongi. When you hongi, you touch forehead to forehead, nose to nose and exchange breath.

In the Eskimo tradition, the Inuit people, rub noses. This practice would likely be seen with an elder and child, someone that is family. The energy of this greeting is very intimate and familial.

The Hawaiian people exchange honi this way as well. It’s how you would greet someone honored, loved, and esteemed. It is a sign of respect to receive a honi.

Hawaiians believe that our ancestral DNA is contained within the bones. When we connect bone to bone, we’re connecting the lineage of both parties. In other words, it’s a way of identifying the person in front of you and connecting with them on that very deep level.

Finally, we exchange breath. The ha, divine breath, is held within each of us. When we exchange divine breath through the nose, it is the part of us that comes directly from Spirit. The breath of God.

To me personally the Haka was only a war dance done by the All Blacks (New Zealand’s rugby team) before matches to instill fear in the hearts of their opponents. But in recent years I have come to see it at funerals and places where people are honoured. Thought it might be a good idea to provide a bit more information about it for you.

“We Maoris use our whole body to express ourselves,” notes Kateia Daniela Burrows, owner of the Manaia performing arts company. “Whether that be through the use of eyes, hands, legs, voice or tongue, the whole body is used to speak. When I do haka, I feel alive, connected with my tupuna [ancestors]. Through haka, I can express myself. I can celebrate, grieve, support or protest.”

Haka is to Maori culture what hula is to Hawaiian culture. Maoris may dance to express the joy they feel at a birth or wedding, or to convey a sense of purpose when first encountering a group of strangers.

War dances, marked by wild postures and frightening facial expressions, are meant to get the adrenaline pumping. Traditionally, ferocious Maori war dances were just the thing to intimidate enemy tribes. Not only did the aggressive movements strike fear in the hearts of enemies, they invigorated Maori warriors and united them in battle.

You can click on the link to get even more background on it.

PS. The Rugby World Cup is underway in Japan at the moment and of course New Zealand and Australia are as always some of the top contenders to win it. Make sure to tune in and see the NZ team performing the Haka before each of their matches.

Some more pictures from the weekend 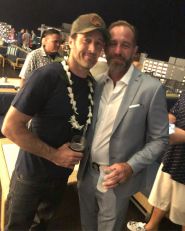 Thank you once again for so generously posting all the footage! 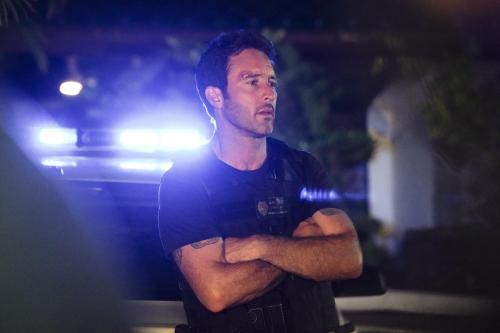 Back to my title of this post. The phrase ‘no man is an island’ expresses the idea that human beings do badly when isolated from others and need to be part of a community in order to thrive.

It is clear that Alex appreciates each and every person working on the show and at the moment he thrives on their fellowship. He realizes that it is all a team effort and that without them and their support and hard work, he is nothing. He is fond of  using the words , “I am just a  cog in the wheel of the show” and now you can see why.

It seems that this weekend’s activities was Alex’s way of saying Thank You to his Ohana.

And all this positive energy around Alex and the show creates a renewed energy for me in regards to the show. It kind of feels like a fresh start …..

(Included in the post, are promo pictures from the first episode coming this Friday)