At long last the 24th also arrived in Hawaii and once again we would like to congratulate Alex on his birthday by continuing with all his gorgeous different faces over the years.

The second year of Hawaii Five-0. The year of many injuries. And the year Alex met his wife Malia 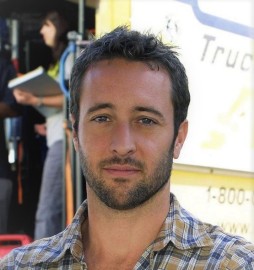 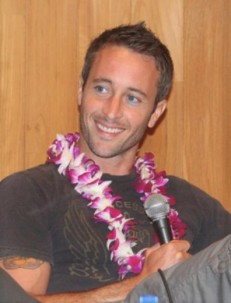 The year did not start good for Alex, with aggravation to his injuries and dependence on the pain meds for it. Luckily he got help and came back with a new lease on life and also with news of a new baby on the way. 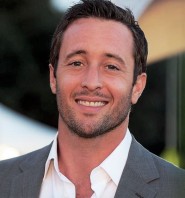 Alex settling in family life and a successful show.

In April,  Alex and Malia got married. He also took part in a few charities in Hawaii.

Alex and Malia revamping his home with a hands-on approach and becoming more and more part of  local Hawaiian society..

Alex, once again struggling with lots of injuries, but as he called it later, managing to get Humpty Dumpty back together again. 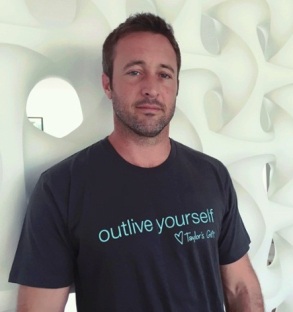 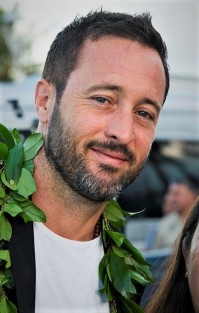 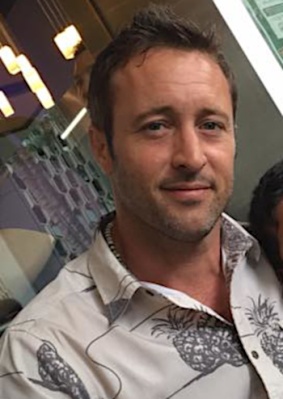 A year with a bit of turmoil caused by lots of changes on the show, having to cast new main cast members. These changes resulted in a closed set during the Blessing Ceremony and a delay of two months with Sunset On The Beach for that year. 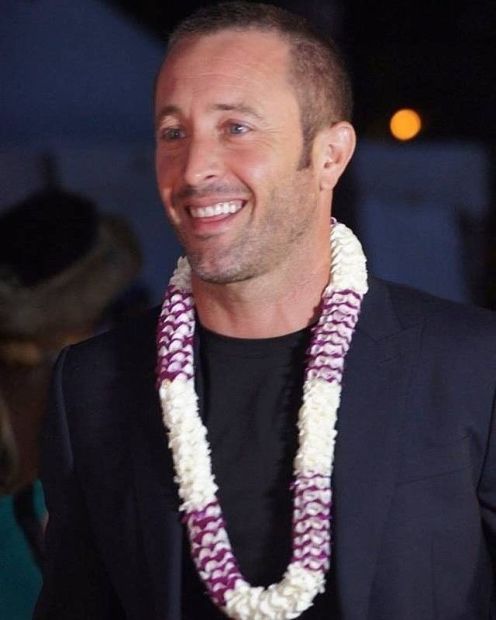 Alex making his debut as director of one episode on the show, with Malia and the kids visiting the set to support him. And both of them looking as gorgeous as ever at Sunset On The Beach. 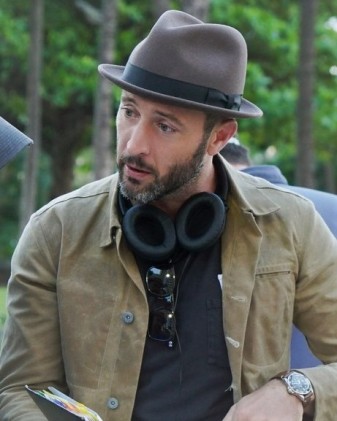 Malia visiting the set in January, on the last day of Alex directing Epi 8:18

Alex looking to expand his career, adding writing to his artistic expression, while he continues with  acting and directing on the show.

Alex, young and bright at the age of 26

and mature and gorgeous at the age of 43 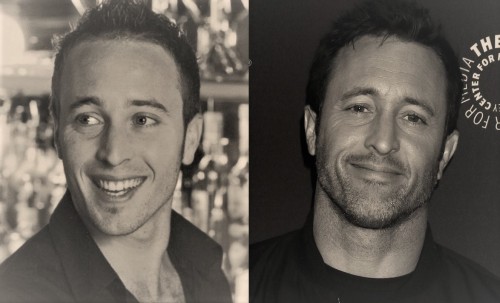 Best Wishes for the year to come, Alex!

May all your dreams come true …..

And Thank You for all the fun over the years!!

Although it is still the 23rd where most of the fans live, it is already the 24th in Australia where Alex was born 43 years ago. This is the first part of our birthday post for Alex this year.

Alex as a student in his last year at NIDA, working as a barman in Sydney.

Alex’s first visit to the Toronto film festival, promoting his first leading role in Oyster Farmer. He also filmed  his other leading role in Mary Bryant for Television at the end of that year. 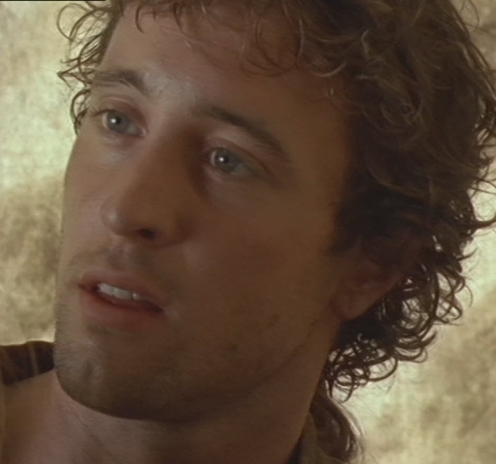 The year starts with filming the movie  Feed. Then the move to USA and doing lots of promotion work for past projects, but struggling to find new work in Hollywood. At the end of that year Invisible was filmed.

The year of filming August Rush and The Shield. 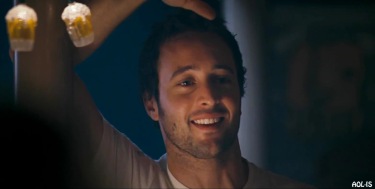 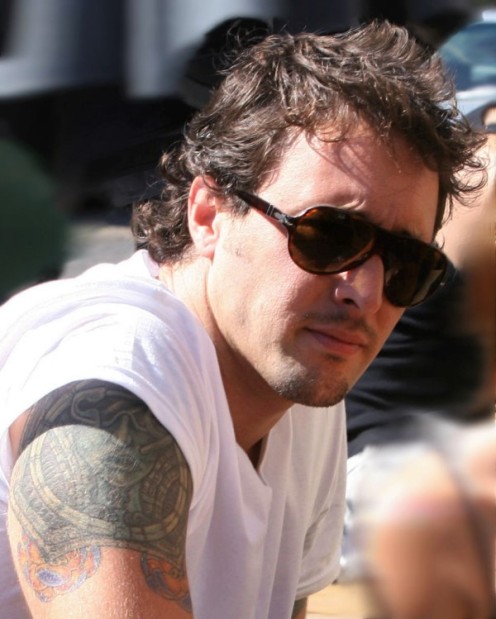 In the beginning of the year Alex filmed Whiteout. But ultimately this was  the year in which Moonlight happened, Alex’s first leading role on USA television. 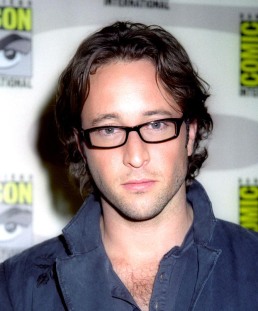 The second year of Moonlight and also the sad year of its ending. 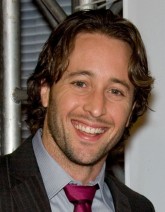 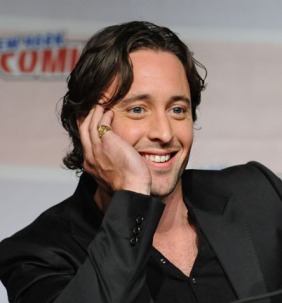 There was a comment made at the end of 2014 about how “angelic” Alex looked in his role as Dr Andy in Three Rivers. These are Pommienana’s words:

“Alex is amazing in his talent and looks in all of it but it seems to me {and I hope you and the other girls here will give me feedback on this} that Alex was never more beautiful as he was as DR ANDY YABLONSKY in THREE RIVERS. I don’t know if it was because he became obsessed with the goodness of the character he played, his friendship with DR Gonzo or his devotion to Donate Life but his beauty seemed almost other worldly. He seemed luminous. Perhaps the lighting techs on set were told to light him that way?? Who knows?? Whatever it was every time I see a picture of “DR ANDY’ or watch THREE RIVERS again I am always moved and totally transfixed by his angelic gorgeousness.”

I replied in a long comment about how I feel about it. I will not repeat it all here, but you can click on the link to read it. Part of that reply from me was, that it was not only as Dr Andy that he looked extra gorgeous during that time, but also at events on the red carpet and in general. That originally gave me the idea that we should look at the different looks we got over the years. 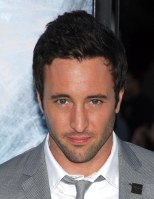 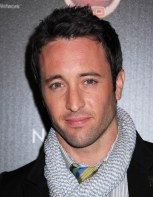 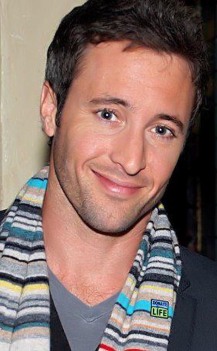 The Back-Up Plan got released in the movies and Hawaii Five-0 happened. 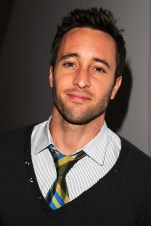 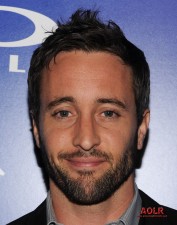 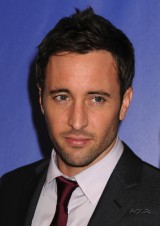 Great to get a new good quality picture of Alex from the #H50 set. It is always nice when other people from the performing arts visit the set and share their experience with the fans.

The Phantom of Phantom of the Opera on Tour, Derrick Davis, visited the set of Hawaii Five-0. On his IG story it was clear that he was very exited to meet Alex in particular.

dreamclimber
An incredible day spent on the set of #hawaii50
What a pleasure to meet and chat with #alexoloughlin and the entire crew! Thanks for coming to @phantomtour to check us out…your direction and acting today was inspiring

#AlexOLoughlin with some new faces on #H50

Hawaii Five-0 ended with a cliffhanger at the end of Season 9, but in about 5 weeks time we will all see what happened with Steve McGarrett and his Ohana when Season 10 starts on 27 September in the USA. For those of you not following social media, there will be many surprises, but I guess there are not a lot of you who don’t follow the show elsewhere. If you do not want to be spoiled with some of the things we picked up from the footage from the set, I suggest that you do not continue reading.

Not only will Alex be back, but as we reported a while back, he also wrote and directed the episode that was filmed first for the season. It will however not be the first episode broadcast. My guess is that it will be broadcast close to Halloween. And we also got the pictures from Christine Lahti who will be in that episode. That even more so would suggest that it will be a great episode.

They posted this older picture from Season 8 Epi 24, where they also featured: 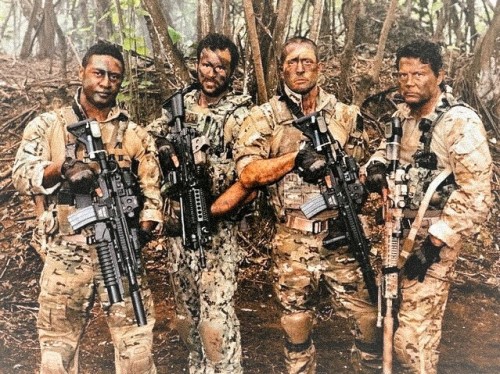 From Jim Halterman on 14 August on TV Insider.

The island of Hawaii just got a bit more interesting.

CBS announced Wednesday that Katrina Law (The Oath, Arrow) will step into a series regular role on the network’s long-running crime drama, Hawaii Five-0, when the series returns for Season 10 in September.

Law will play a former Staff Sergeant with Army CID named Quinn Liu, who was recently demoted for insubordination. Liu is described as sharp-tongued in several languages and she has a deep knowledge of military culture, which will make her the perfect person to match wits with Five-0 Commander, Steve McGarrett (Alex O’Loughlin).

Liu comes into the show after an explosive collision with Five-0 on a case involving veterans. She will soon become a local ally for the team, which also values integrity over sticking to the rules.

“We are thrilled to have Katrina join the 10th season Hawaii Five-0 as a series regular,” says Executive Producer Peter Lenkov. “She dazzles as Quinn, the team’s newest recruit, and viewers are going to love seeing how she first encounters McGarrett and Danny. If you know the show well, you’ll be feeling some déjà vu.”

(Unfortunately we can not share any pictures of Alex with Katrina  from the set. They were all posted by the person who took them, and he blocked us from his IG and Twitter pages and we can therefor not post them with full credit of original source. )

Of course Claire featured as Alicia Brown in a number of H50 episodes. She and Rob, in their younger days, starred in a 1998 movie together. It seems as if they remained good friend all this time.

Damn you two look cute together! Adore you both so much 💖💖

“To say shooting Hawaii 5-0 was fun would be a huge understatement. It was a total gift 🎁 I got to be in Hawaii, (!!!) work with the loveliest people, and ultimately do the thing I have wanted to do since I was a little kid- act on TV 🤩trying to soak in how truly grateful I am, because that gratitude is what helps me remember what it’s all for in the moments between wins. Can’t wait for you all to meet me on #H50 s 10 #AlexOloughlin“

Some dates that might be of interest to you:

As usual  a big Thank You to everybody who posted pictures and shared information on their pages, for all to see. It is good to see when the Aloha spirit from most people in the fandom.