Alex O’Loughlin spotted on the set filming some scenes for Hawaii Five-0 Season 10.

Of course the official filming of Season 10 only start on the 17th of July in Hawaii, but there were some scenes shot in LA on Monday. According to someone who shared a picture, Alex wrote and is directing this episode. Not sure if it is the first episode for the season. I guess we will get some more information at a later stage. Hope there will not be too many spoilers about it though.

Regrann @h50_pics2 Hawaii Five-0 Season 10. Alex was showing the extras how to handle the rifle 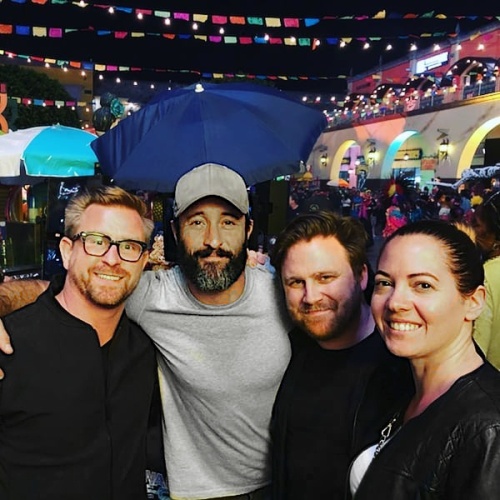 jacktaufer  These awesome people. I got to watch the filming of @hawaiifive0cbs The set and production was INCREDIBLE! Congrats to Alex on writing and directing this. #alexoloughlin #hawaiifive-0 @andreradair @saharae