#AlexOLoughlin on the Mainland during the week

Alex visited a shooting range in California during the past week. They posted some pictures with him and also added a video of him doing some target shooting and ‘promoting’ their guns. 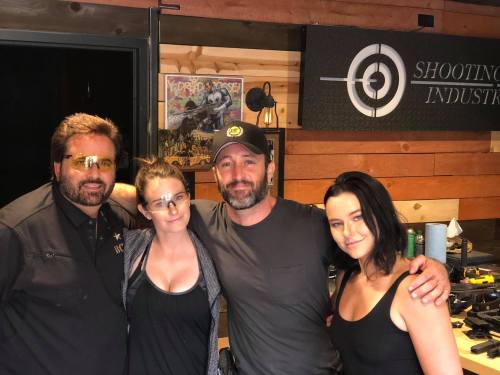 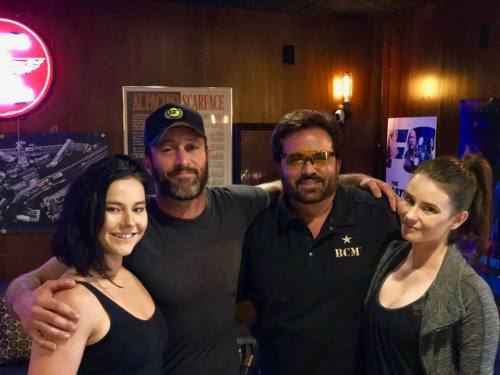 Comment from Taran about Alex to somebody else: “he is a super nice & funny guy”

About Taran from Facebook: Taran is considered the most versatile shooter in the world. He has won major pistol championships in USPSA Open, Limited, Limited 10, Production, and Single Stack divisions. He has won IDPA National titles, Steel Challenge World Championships, and IPSC World Shoot Gold Medals in countries around the world.

No other shooter has ever won so many different types of pistol and Multigun championships.

Taran has been a valuable asset to Hollywood and the film making business. Taran has trained movie producers, directors and actors including James Cameron, Michael Mann, Jennifer Garner, Collin Farrell, Chris Hemsworth, and Josh Duhamel and the list goes on and on. Taran has worked on location or hosted movie training at his 20 acre range for many films including Public Enemies, Miami Vice, Transformers, The Kingdom, Avatar, and Charlie’s Angels. Taran is a reoccurring guest expert on History Channel’s Top Shot and helps out with choosing guns and equipment to be used on the show.

PS. From the comments it looks like Alex did a good job with his shooting. Just a pity they decided to spel Alex’s surname incorrectly on the video post . 😦