I guess most of you would have heard the news by now that Daniel Dae Kim and Grace Park will not be returning to Hawaii Five-0 as Chin and Kono for Season 8 of the show. You can read some of the reports here and here

And today the last part of this comment from Alex during an interview in March make a lot more sense …..

There’s an energy in the land here; they actually have a name for it. It’s called “Mana”. And it’s like the power of the “Aina”; of the land.

And I don’t always feel it. Or I’m not always aware of it, because I get very busy 10 months of the year, frantically shooting, and trying to remember things. And trying not to get caught up in politics, you know. 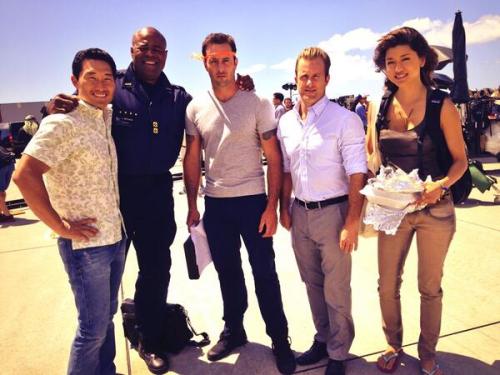 Although I am not surprised about the news, shock is the right word to describe my feelings. All the indication were all there for it to be happening, if you look back at posts and things said on social media by the end of shooting the last season.

What surprised me the most, is the fact that the story is breaking with messages of equal pay negotiations that did not work out, and that being the cause of the departures. That to me is kind of the biggest surprise. I really thought that the actors were really just tired of the same old stuff. That Daniel was just moving on to better and new adventures in his career, and that Grace was just expanding her family in real life.  That they were really just leaving out of choice, the way that Masi did …. and not because of money.

What really happened will most likely only remain between them respectively and the Network, and everything else will just be rumours and speculation by  fans and the press alike. But for a show about Ohana and the Spirit of the Island of Hawaii, that is all kind of sad.

You all know that we here at Intense Study mainly watch the show because of Alex and will of course remain only watching it because of him. Having said that, I have on a number of occasions said that of course although we watch the show for him, Alex on th show is not a one man band. Steve needs his Ohana to make the story work. And now unfortunately half of Steve’s original Ohana is leaving. And not only half, but also the part of the Ohana that belonged to the Island! That makes it even worse.

Story wise for me, seeing those two characters leave, is really not at all a good part of Steve’s Ohana leaving. Chin was a big part of his connection with his dad and his connection with the Island. And I loved those little precious moments between  Steve and Chin. Chin kind of had what Steve lost – his father John’s company and mentorship. And also the joy of being on the island as a young person becoming a man. Unfortunately that story was never really explored to its fullest – we only got to see glimpses of it and had to fill in the gaps of the connection between the two for ourselves. Kind of like most of the really good personal stories on the show in any case.

Of course with Kono, I would have much rather seen her end up happily with Steve by her side, than all the heartbreak Adam gave her. For me the perfect final ending to the show would have been Steve and a pregnant wife Kono sitting on a beach somewhere, enjoying each other and the view. Finding a home of comfort and respect and mutual love and passion for them both by each others’ side…..

I have seen a lot of tweets and comments from people making assumptions of what is going on and some just being plain rude about who they think is at fault here. Some say that they all should be paid equally etc, etc, etc.

My two cents about some of it:

Mike Gordon‏@CrankyDad   1 I’ll miss @danieldaekim on #H50. He was the soul of the cast and a gracious spokesman for the show, a role none of the other actors embraced

(Although, other than Daniel participating in social media, which Alex do not, the word “none” of the others, might be a bit untrue) 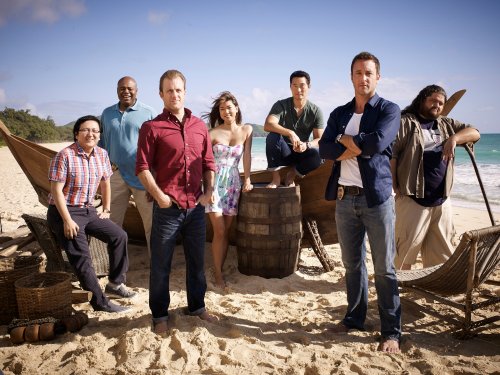 With the show, as in life, there is always the duality of the whole thing. For me, if it was a sure thing that Alex would be starring in a number of good movies and making a name for himself on the big screen, then that is where I would have rather seen him be and that he should leave the show. In my oppinion too little of his talent is explored on Hawaii Five-0 and the show has lost its luster for me a while ago already. And Alex is definitely not just McGarrett, and I would not wish it on him to be remembered in his career for just this role!

But on the other hand the show provide not only job security for Alex and many others, but also the comfort of a family home close by for Alex. Hundreds of  people who make up the cast and crew, and who rely on an income from the show would lose their jobs. And then there is the input in the economy of the island of Hawaii. That all would make the end of the show truly  sad for many.

In my personal opinion, the show should have been cancelled a few seasons back already. BUT for everybody depending on the show, a lot more should have been done to keep Daniel and Grace on the show, because them leaving will definitely cripple the show. In the end the choice for leaving and what it will mean for their (Daniel and Grace) careers and for those of others, was theirs and theirs alone to make.

As a fan of Alex, all I can hope for now, is that new characters will bring better stories and that the fact that he is still holding on to this seemingly sinking ship, will not cripple his career in the end.

I guess only time will tell if the show will survive the ‘cousins’ leaving and go beyond Season 8, and what the future holds in store for Alex. Just wishing him and all involved the best for the future!