Okay, so this one is easy to sum up. Three months ago Steve got exposed while dismantling a dirty bomb and now he is radioactive. And we will spend the next season discovering into which superhero he is morphing, or if he will stay human and just die painfully and slowly. 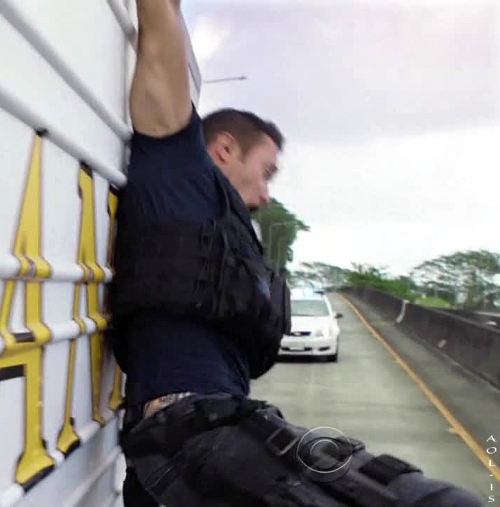 Last week we got Spiderman, this week was either Batman or Superman – I am  not entirely sure yet. And on top of that since the incident, he has been thrown off a roof by an exploding bomb, got shot, been beaten to a pulp and showed little scars or permanent injuries for any of them – so there is also Wolverine in the pipeline I guess.

I imagine Season 8 will be a never-ending joyride to discover who Steve really is now. Maybe we will circle right back to the “beginning” and discover that he is still  just only Mick St John working undercover, as I predicted 5 years ago. 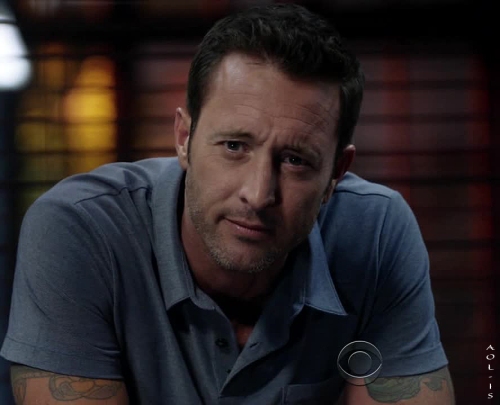 Some of you that have been following my Steve posts will be expecting my next move. Yes, of course I will have to do a short little timeline (And of course an account for the changing of clothes ) of this episode. It is just begging for it – Because I guess after 7 years of the show, they have yet to appoint somebody who can keep track of times and dates and do general mathematics. Or get an editor that have any knowledge of geography. 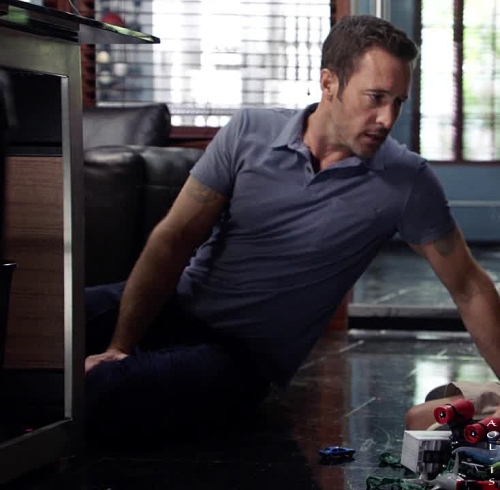 First the timeline of history that brought us here to things happening in this episode, because weirdly enough there was no previously on for everything that happens in this finale ….. (and all those old stories they picked up from past episodes confused me a bit)

(If you have watched the episode, you might guess why I am a bit confused with all of the above incorporated into this episode. I will leave it at that and not even try to explain)

Then we reach the timeline for this episode: (and the confusion keeps coming)

Koala Smartass: Nothing weird or OOC about any of that, is there? LOL 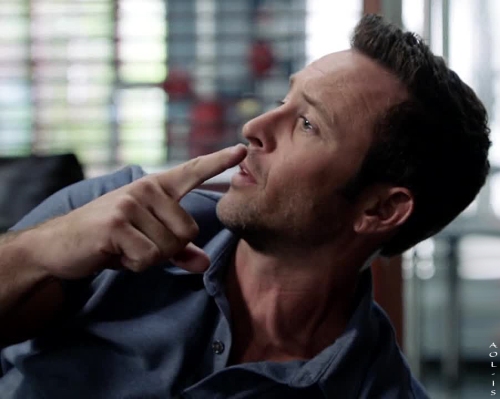 Weirdly Steve points to his left side when he talks about his liver – so I guess we were all wrong last year. Steve’s liver is indeed on his left side after all.

Koala Smartass: I was also giggling a bit because Alex seems to forget on which side his liver is supposed to be. 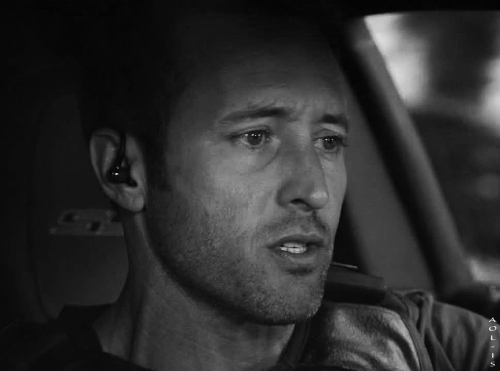 Koala Smartass: Are you implying that the show keeps women in their place (Barefoot and pregnant and catering for the needs of the men only? )

BTW, If anybody only watched the first and the last episodes of the season, they would probably think that Abby has been here and part of the show the whole season …..

Koala Smartass: Not only confusing yourself now – but EVERYBODY. 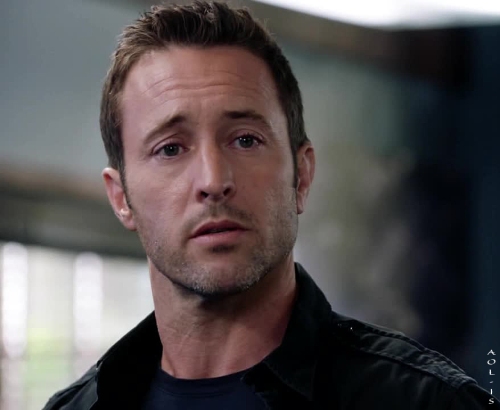 Koala Smartass: And ….. nobody but you care if it is already light before sunrise. Maybe the editor or director has never seen the sunrise? You know Hollywood and all … 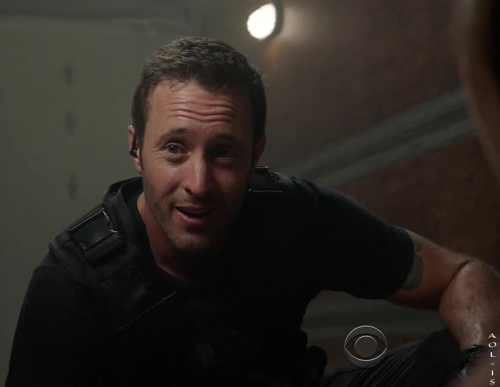 Koala Smartass: Early bird catches the worm I guess? And you know Hawaii Five-0 cast and crew start work that early – guess they think that is what we all do.

Koala Smartass: You do know only you seem to care …..

Grover:  But how did they even know we were coming?

Koala Smartass: Maybe we will get the answer in the season opener of MacGyver? You never know. #sarcasm

Koala Smartass: Maybe all the Chin loving has made her head a bit blurry. Or maybe what they say about blondes are true? Or maybe just the heels that slowed her down?

Danny: I help her (Rachel) out with the kids sometimes. I put Charlie down to bed sometime?

Of course my question then, why did Steve have to babysit 2 weeks ago, if Danny only helps out sometimes and puts him to bed only every now and then? Where was Rachel then?

Koala Smartass: But you said it yourself. That scene was just concocted to serve the fans and their fantasies of the happy McDanno family …..

Koala Smartass: But Charlie left his toys there. How else would Steve have explained it to them without the toys? (Although, it could have been left in Danno’s car as well …. and same explanation with it done on the side of the road. )

Koala Smartass: It at least keeps his one hand busy and then prevents Danny from flapping round both his arms too much.

I just want to add here, that I totally agree with Danny. We have seen Steve do reckless stuff on the spur of the moment, but nothing as idiotic as this. In real life – NOT realistic to achieve at all. MANY other more realistic and believable ways a trained SEAL can get onto such a moving vehicle, without risk of suicide. It is as if the writers have this uncontrollable need to be ridiculous. 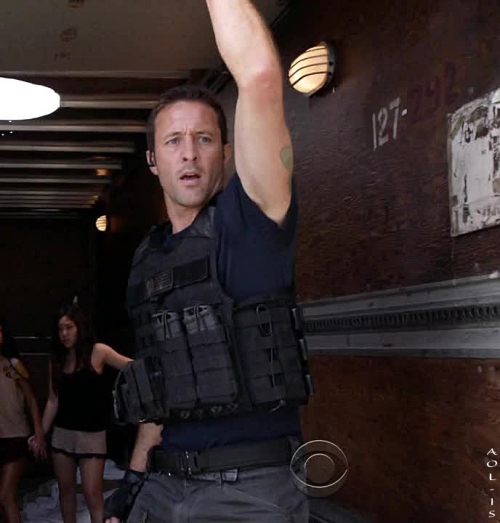 Koala Smartass: Now you are just plain silly. I am sure those trucks equipped with such a ramp, are easily available for rent all over the Island.

Koala Smartass: You must have missed some of the dialogue – I am sure he said some like, “Beam me up Scotty“

Koala Smartass: Now you sound like lots of people in the fandom – confusing real life with the make-believe world of Five-0. 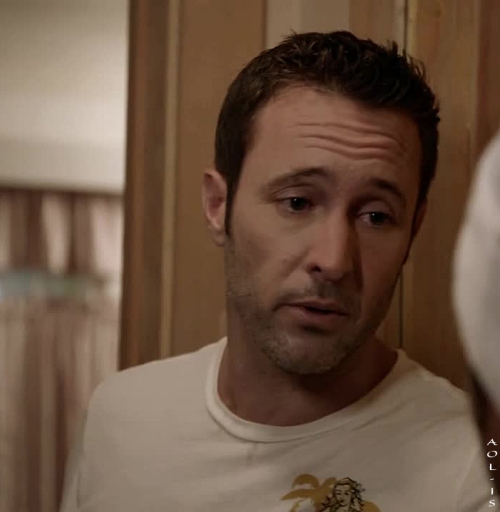 This was then the finale of Season 7. Loads of action and cliffhangers for everyone to choose from …… just like we were promised. It was all there, but for me there was something missing. It felt forced. Forced because they had to deLIVER something worthy of a finale. And forced because they had to set up some  uncertainties for Season 8 to keep people interested and talking for the next 4 months. Forced because they had to use old stories to make up stories for actors that might leave  …… And the questions or cliffhangers from last week seems nearly forgotten. Is the USA still under attack from inside the government, and will Chin propose and or move? 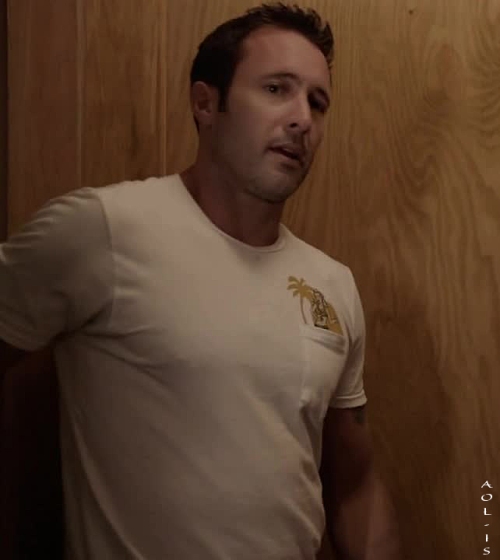 So once again it suits the writers that Steve is an idiot and did not look properly after himself and never got himself properly checked out after he was exposed to radiation. Just like they made him an idiot to believe a battery could protect him in the first place. Clever thinking from the writers? No – for me it is clutching at straws and ‘dumbing down‘ their hero. Maybe he is actually the HULK now – that would explain him losing his mind at stages, doing stupid stuff every now and then.

I like my action heroes to be action heroes, but I prefer it if they are clever as well. And that’s what I liked about Steve McGarrett when I started watching Hawaii Five-0 – he was a man of conviction with both brain and brawn for me.  Was I THAT wrong?

Slide show of screencaps from the Episode: