I hope you all are having a great week! And to set us into the mood for what will hopefully be one of the better episodes of the Season of Hawaii Five-0, a look back at the past week and a ½ around Alex. Not much happening, but at least we got some new stuff to post.

As always a big Thank You to those individuals who were so generous to post their pictures during this week. 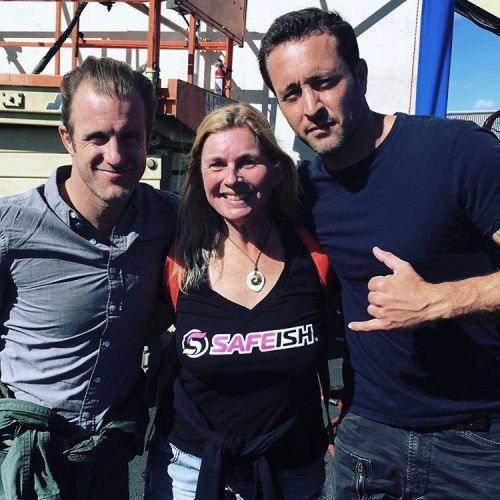 Peter Lenkov also posted this picture, which would suggest that the two partners will do a tandem jump in an upcoming episode.

Check The Gate – trained studio animals (10 February) Our local doctor and his mules got to play around on last Fridays episode of Hawaii Five-O (ep.715). Joined here by the always accommodating Alex O’Loughlin.

Thank you Michelle, it is such a great picture

Promos for this week’s episode: 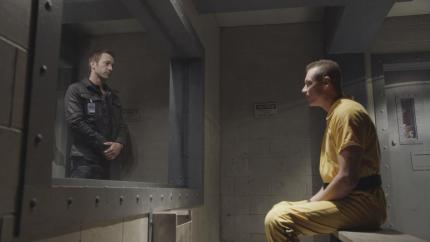 ajofficial    Jams & Mad Faces with my mate Alex O’Loughlin. This is the guitar he played in #augustrush.

Aiden posted this picture below, of them in March 2013. Looks like they both grew up a bit since then. 🙂

Aiden looks very young here so maybe this picture was not taken 4 years ago, but rather taken when he first appeared on H50 in 2010. 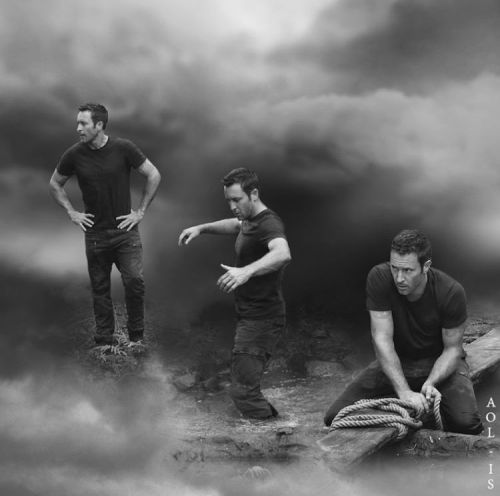