Collider interview – Alex getting stem cell treatment for his hurt back

The following is just part of the interview (click above for full link), we have gotten so many already about what to expect in 7.07. I found the following more important. Alex finally saying season 8 will be the end (for him). He is getting stem cell treatment for his back in California. Poor guy must be hurting worse than we thought. I wish (some) fans would be more considerate, and let him decide when to quit H50.

Seven seasons into this show, you’re closer to the end than you are to the beginning, at this point. Have you made a definite decision that eight seasons is it for you?

O’LOUGHLIN: I’ve decided. Beyond anything else, I don’t want to do any more because I don’t want to kill it. It’s still got some magic left in it. It’s hard to keep it alive and fresh. It’s hard to keep it fun and new, each day. I’m worried that I won’t even be able to do that until the end of Season 8, but I’m going to keep swinging until I’m in the box. The other thing is that physically, I’ve had a lot of injuries. I’ve been hurt really badly on this show. I’ve now got some serious back issues, which I’m going back and forth to California to deal with. I don’t want to fuck my body up anymore. I’m getting stem cell treatments in my spine, so that I can pick my kids up. At a certain point, it’s television. Film and TV is not as important as my life. I don’t think I can physically do any more than eight years. We might not even do an eighth year. That’s a little presumptuous of us to even be speaking like this. But, if they want us to do an eighth year, that will be it for me. 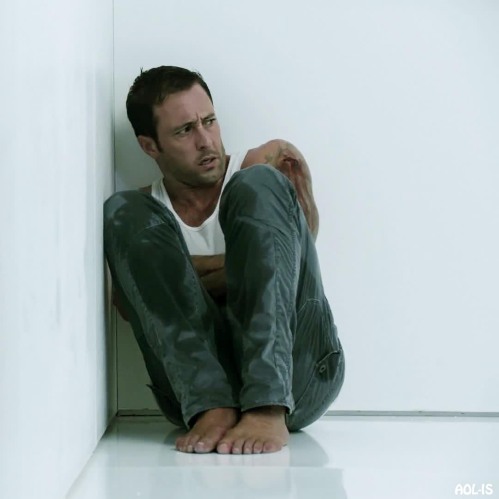 Have you thought about where you’d like to see Steve McGarrett end up and have you had any discussions with the writers about that?

O’LOUGHLIN: I don’t really speak to the writers because it’s frustrating for me when we see things differently. I just try to do my best with what they give me. They have their own ideas, and I have my own ideas. Frankly, I think that if my ideas were written down, we probably wouldn’t still be on the air. I don’t know how to make a successful TV show. So, I’m open to it. As long as it’s smart, thought-out, creative and interesting, I’m down with it.

A lot of actors who are thinking about trying their hand at directing seem to do so with an episode of their own TV series. Over the course of seven seasons, have you ever thought about taking on an episode of the show, as a director?

O’LOUGHLIN: I will be directing an episode in Season 8, if we make it that far. I’m here, every day, and I think all of us have a say in the way that it’s going to go, on that day. We all know how the show is shot and how to tell the story. It won’t be that foreign for me to sit in that chair. After this is all over, I hope directing is a part of my career. I don’t think I’m that good at the acting part. I think I’m fine at it, but I think I’m probably a little better at directing. But then again, maybe I’m horrible at it. If they don’t put my episode on the air, than we’ll know that that won’t be a part of my future.

And finally, here´s the invite from the HawaaiiFive0 guys to tune in for the 150th episode