posted in The Sydney Morning Herald

With an acting degree from NIDA to his name and an airline ticket to Hollywood in his back pocket, Alex O’Loughlin embarked on an acting career for all the wrong reasons, the 40-year-old star of Hawaii Five-0 now admits.

“Whether or not I would have admitted it at the time, what I wanted to experience was fame,” he says. “I wanted to make some money, but I wanted to really just be in the running at the higher level. I wanted to be on billboards and I wanted people to go, oh, that’s that guy.”

You might argue that as the star of one of the most successful television series in the world – the CBS Studios reboot of the iconic ’70s tropical cop drama of the same name – he’s at least achieved what he set out to do.

“I think that that was the drive but I don’t know why, because I hate celebrity,” O’Loughlin says.

“The minute I got a taste of it, I was like, oh, this has nothing to do with anything,” he adds. “I think for me, it was very important to go to the heart of all that stuff and see it from close up to realise that that wasn’t what I wanted.”

At just over 185cm tall, O’Loughlin cuts a formidable figure as he walks onto the sound stage. Production on the seventh season of Hawaii Five-0 is well underway and, though he is just starting his day, he moves with the slightly bruised carriage of a man whose work exacts a physical toll. As roles go, this is an unusually tough one.

As we talk, he rattles off an eye-watering list of injuries, from herniated discs in his neck, nerve damage, torn shoulder muscles, torn bicep tendons and more.

“When I show all the medical records to the doctor each year for my physical, the one for this season was funny,” he observes wryly. “She was just like, are you f—ing kidding me?”

Looking back, O’Loughlin isn’t sure the career windfall – the gig, the fame that came with it and the financial security – was worth the physical cost.

“It’s taken a toll that I don’t think is worth the money and I wish I had made different decisions from the beginning,” he admits.

One cost is a loss of innocence, he says.

“Now it’s all gone, and a part of me has become one of those actors that I used to look at and go, oh, what’s wrong with him? If you don’t become the guy that immediately has really staunch boundaries, you get really hurt, you get taken advantage of.”

But in transactional terms there are benefits. He now works in the top tier of network television. And after Hawaii Five-0, he will no doubt have his pick of series. But creatively the profit is less easy to measure. He does not, for one, watch his own work back.

“Every time I watch it, I get deeply, deeply depressed; I can’t watch myself … I start thinking about what I’m looking like, what I sound like, all that other nonsense.”

Graduating from Australia’s most prestigious drama school, Sydney’s National Institute of Dramatic Art, O’Loughlin notes he learned lessons he was not even aware he was being taught.

“There is a lot you don’t get to understand or comprehend until you find yourself in a work environment needing to juggle six cats,” he says. “Needing to retain huge amounts of dialogue, getting through a giant page count and being able to compartmentalise.”

But it taught him that great performance is a case of all or nothing.

“It comes down to that but I didn’t get that right away,” he says. “The first few jobs, not only was I shit, but I felt relatively overwhelmed. I’ve never been as overwhelmed as I have on this job but I’ve never managed anything as well as I’ve managed this, I think.”

Taking on the role of policeman Steve McGarrett six years ago, O’Loughlin turned to a good friend, Justified and Sons of Anarchy star Walton Goggins, for advice.

“I called him panicking, and he was like, would you relax? He said you can show up every day and hit your mark, and save yourself the pain, the trouble and the stress, or you can care as much as you do, until the final breath of the show, and become better than you are,” O’Loughlin recalls.

“This was an opportunity for a master’s degree in front of the camera,” he adds. “And it was one of the more important things anyone said to me when I came on to this. I really took those words on board, and I’ve tried to approach it like that and think like a director all the time and learn as much as I can.” 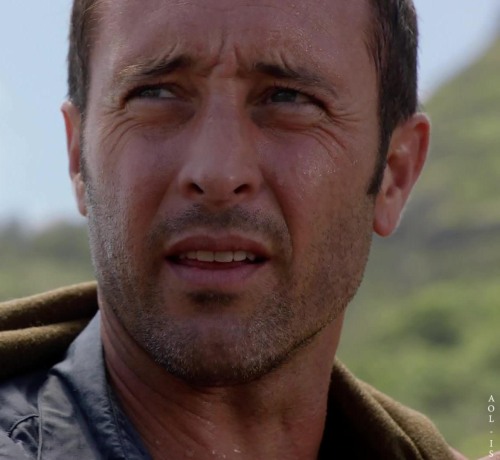 “I’m blessed into these islands. I’ve got a [Hawaiian] name, my children have Hawaiian names, I’m married to a Hawaiian girl,” he says. O’Loughlin married surfer/model Malia Jones in 2014 and they are raising three sons, one each from previous relationships and a third, born in 2012.

O’Loughlin also built a house – by hand, with a couple of mates from Sydney – in which he and his family now live.

“It holds incredible significance to me,” he says. “I don’t ever want to leave it.”

Even if the price is to give up acting? “I don’t want to go back to Hollywood,” he says.

All of that said, he is not unhappy with his life.

“I don’t think there’s a destination in this [but] I’m well on my way to become the man that I hoped I would become one day, a man that reflects similar qualities to the men that I’ve looked up to in my life,” O’Loughlin says.

“And that is a direct result of the people that I’ve had the good fortune to be in contact with, befriend, get close to, and a lot of that has been because I have had this great opportunity on this show.” 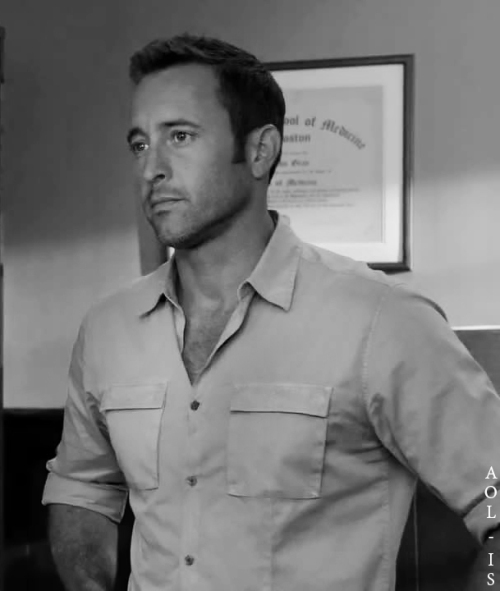 35 responses to “#H50: #AlexOLoughlin on playing the Hollywood game”