In the 21st-century version of “Hawaii Five-0,” Steve McGarrett is a military man through and through — right down to his preferred footwear.

“I wanted him to always be in standard combat boots,”

says Alex O’Loughlin, who plays McGarrett in CBS’ reworking of its classic cop show. He pauses for a second. “Which was a stupid, stupid choice, because now I’m extremely hot all the time.”

O’Loughlin talked with Zap2it earlier this month in Hawaii as he took a short break between shooting scenes for the show’s sixth episode.

Poorly thought-out shoe decisions aside, he says the essence of McGarrett goes back to the character’s time in the U.S. Navy.

“The way he sees life is as a team guy. So that’s always going to be part of him.”

Here’s some more of our conversation:

Zap2it: The action level in the pilot is really high. Are you able to keep that up week to week?

Alex O’Loughlin: There’s a really high level. … Considering the drop in budget when you go from a pilot to a series, it’s amazing what we get for our money. There’s still just as much action.

Zap2it: Have you gotten to do any particularly cool stunts thus far?

Alex O’Loughlin: Nothing outrageous. They won’t insure me to do anything too outrageous. But I’m riding some dirt bikes tomorrow up in the mountains; that will be fun.

Actually there is one thing — I think it’s in [the second episode]. I jump off a hand railing kind of 30 feet above the floor and grab a chain while I’m firing at a guy, then come down the chain. That was pretty amazing. I actually did it — my stuntman did it, then I did. 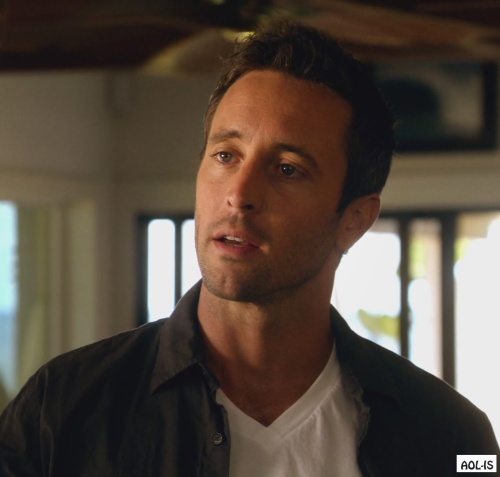 Zap2it: McGarrett seems a little different than your characters in “Moonlight” and “Three Rivers” — he seems to have more of a sense of humor.

Zap2it: Will his military background come into play more on the show?

Alex O’Loughlin: A lot. This show, I think it has a real kind of military core.

We’re in Hawaii, which is the first port on the Pacific side for the United States. So there’s a lot of military involvement in our stories.

Zap2it: Will we be seeing much of McGarrett off-duty?

Alex O’Loughlin: You will, but the thing about McGarrett is he’s kind of always on duty. … He’s always on point. He sleeps with his 9-millimeter under his pillow.

Zap2it: What’s the relationship with his sister (played by Taryn Manning starting in episode two) like?

Alex O’Loughlin: Their relationship is tenuous. It’s touchy because he went one way with his life and she went the other; she’s more of a problem child.

Both their parents are dead now, and she’s dealing with their deaths in a different way than him. He feels a sense of responsibility to look after her even though she’s a grown-up.

It’s frustrating for both of them, but it’s fun to play for us.

Zap2it: Did you know much about the old show before you took this part?

Alex O’Loughlin: I had seen a little bit — I was very young when it was on. I didn’t go to it when I got the role because this is a reboot and a new take on it.

I thought it was important that what I do in the some comes from my work and not from something someone else has done.

Zap2it: It does seem like it’s been long enough that a lot of viewers won’t bring too much baggage into the show.

Alex O’Loughlin: I hope so. The bottom line is yes, it’s a reboot of a show that was very popular once upon a time, but what we’re making is a really good show on its own merits.

How we’re making it, the actors we’re using, the storylines, the whole thing — it’s a great show.

… So I think the old “Hawaii Five-0” fans are going to tune in and be very pleasantly surprised, and I think new fans will tune in and just be like, “Wow — this is fantastic television.” 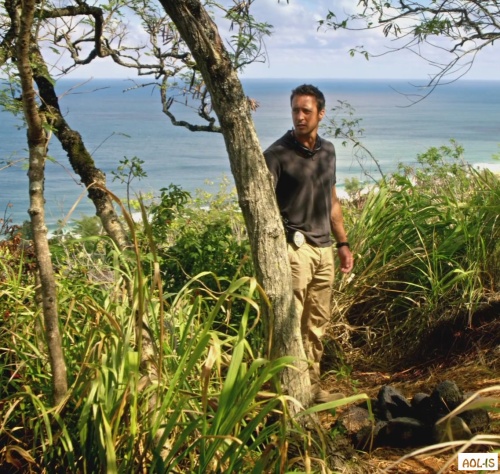