While I was catching up and searching for pictures for the monthly post, I stumbled upon all these great pictures of Alex that I have never seen before …….. and there are some great stories among them as well.

They were found by Sadie McGarrett on Facebook (also known as l50ve  on Instagram). Whoever you are Sadie, it seems that you are a genius at finding rare pictures of Alex at the original source. You posted so many rare ones, but I am only posting the ones I have not seen before. (And as usual many of the Hawaiian people posting pictures, using the surname O’Laughlin instead of O’Loughlin 😦 . But all are forgiven with all the pretty stuff you posted)

And Sadie I can guarantee you that from here on you will not get many thank you’s for finding the pictures (nor will we for editing & sharing them), when people repost them. But from us here at Intense Study, a BIG THANK YOU for finding and sharing the gems. 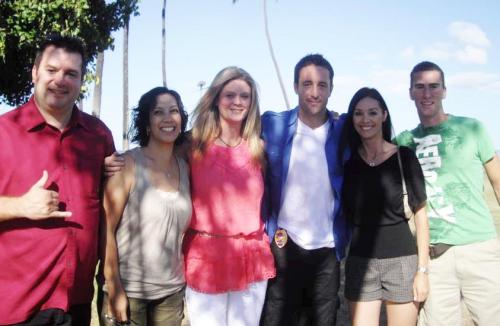 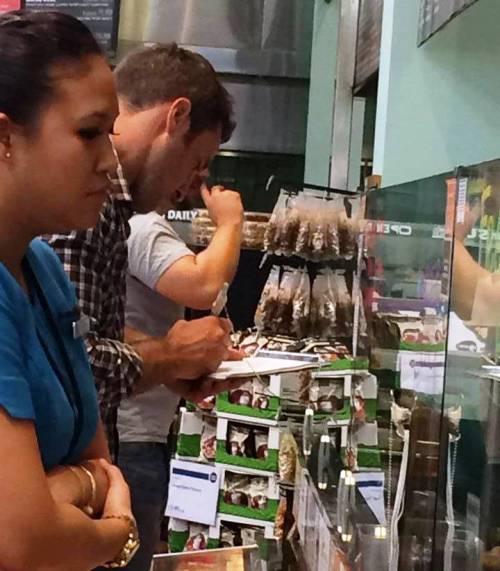 Joan Hinkle ‏@poohkids @HawaiiFive0CBS Alex and crew…Thank u 4 taking the time to talk to us! Made my bday xtra special… love u! 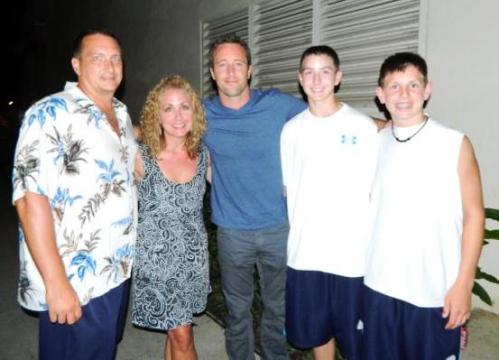 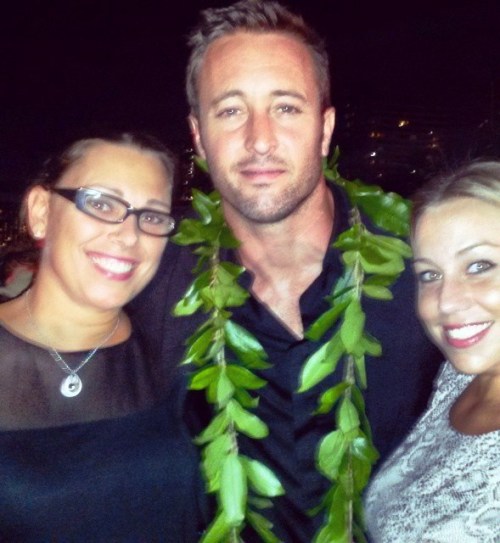 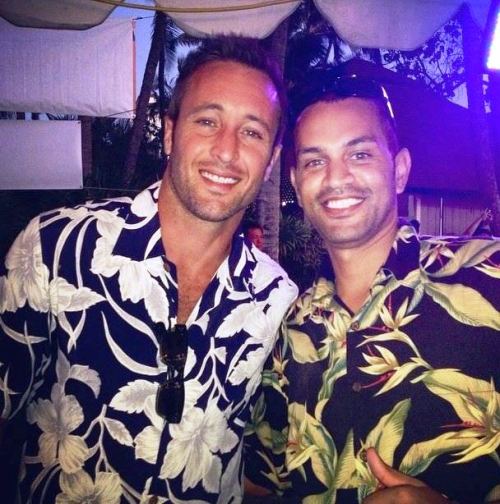 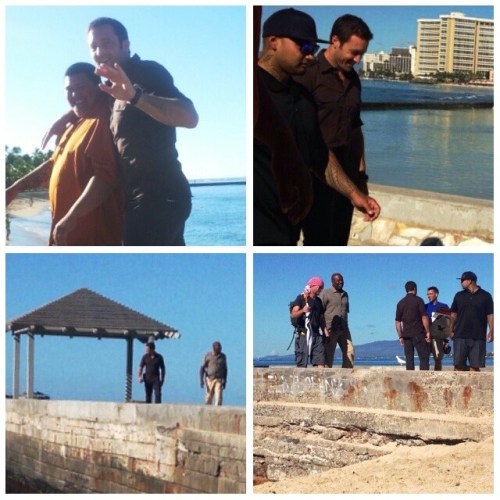 Robert Tolentino (11 September 2011) I had a great time at the Hawaii Five-0 Season 2 Premiere in Waikiki. Thank you Paul Leo Klink for getting me access to the red carpet. Thank you Mark Ramelb for taking my picture with Alex O’loughlin. 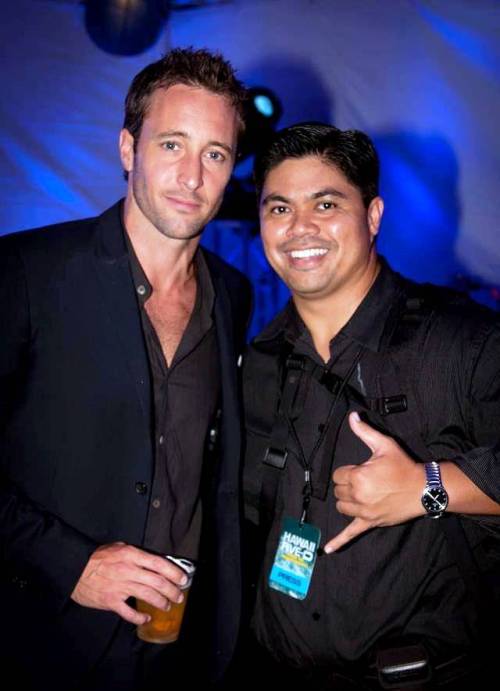 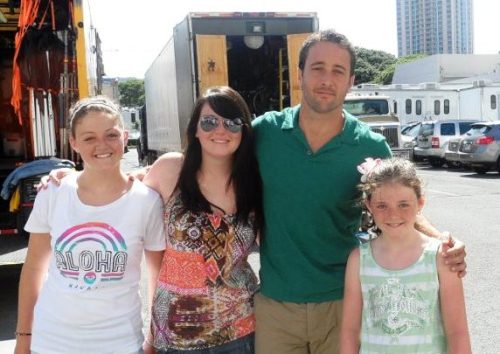 David Stoker (20 November 2010) Hawaii 50 filming today at the church. Here is a photo of Alex O’Loughlin who plays Steve McGarrett. Very nice guy. In fact the whole cast and crew are super nice. They are great representatives of the Aloha spirit of Hawaii. 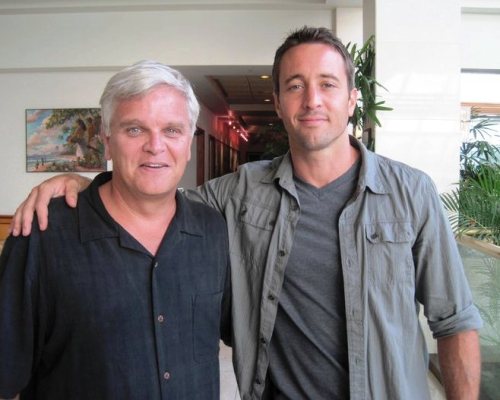 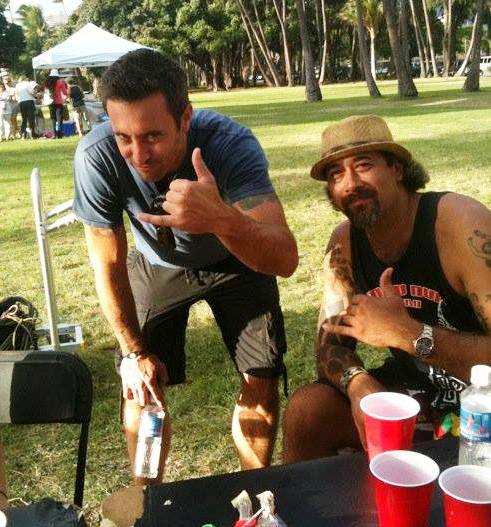 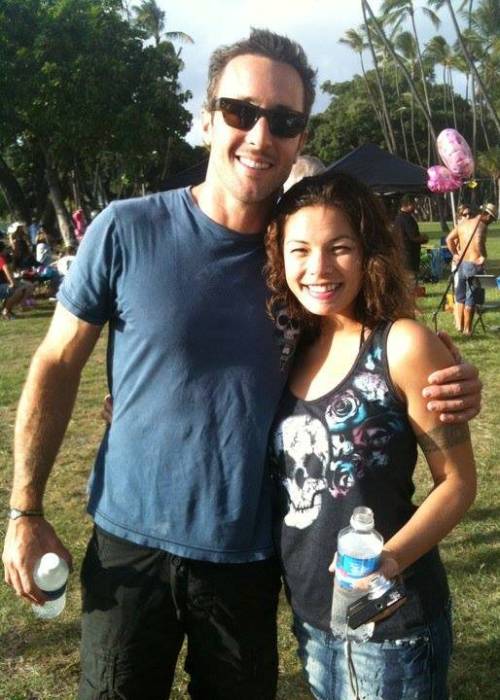 Rob Kiely (11 April 2013) near Honolulu, HI, United States.  Taking time out of my hectic vacation schedule to hang out with Alex O’Loughlin AKA Steve McGarrett from the new Hawaii 5-0… 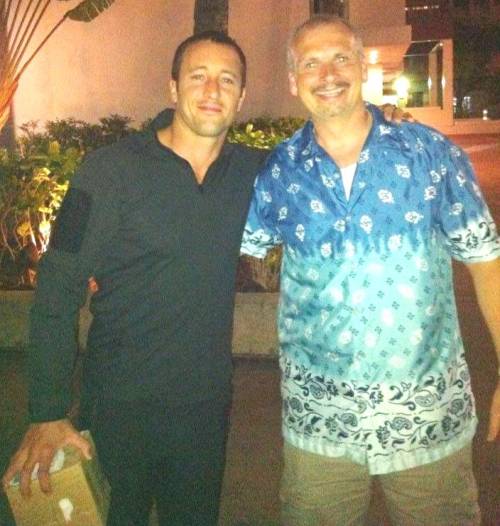 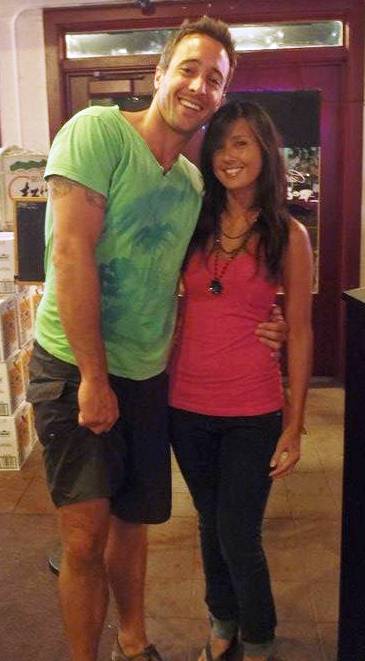 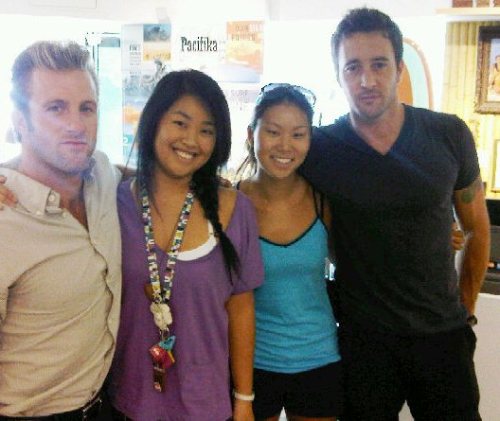 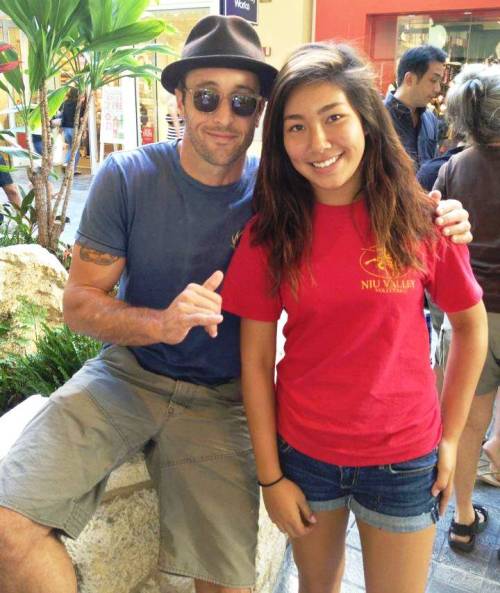 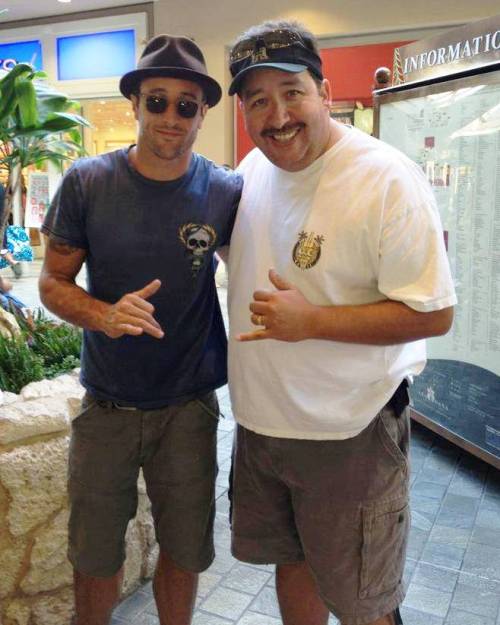 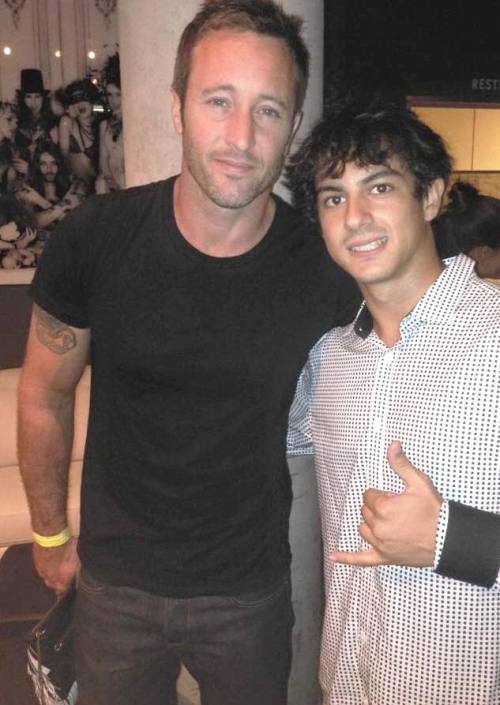 Rana Gordon Sullivan (2 March 2012) My mom ran into Alex O’Loughlin while she was in Hawaii. For those who don’t know he plays Steve McGarrett on the new Hawaii 5-0. 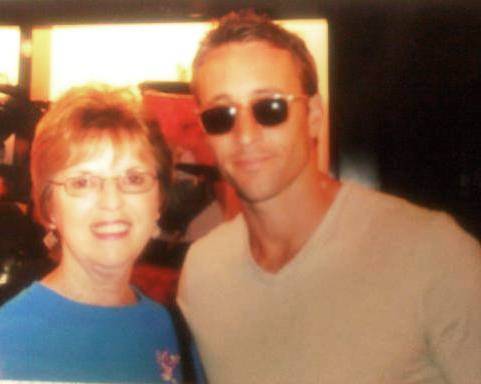 Rob Lowe (30 April 2012) Look who we saw the other day … Only Alex O’Loughlin aka Steve McGarrett from Hawaii Five-O! 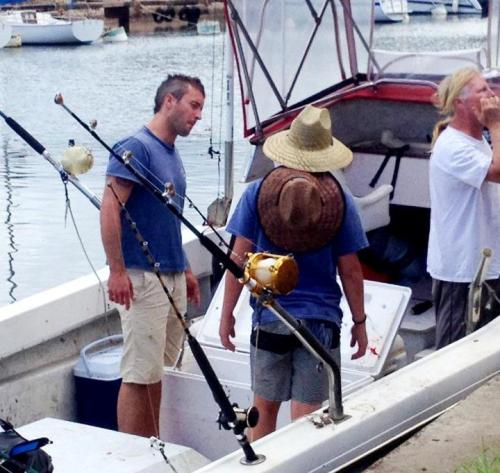 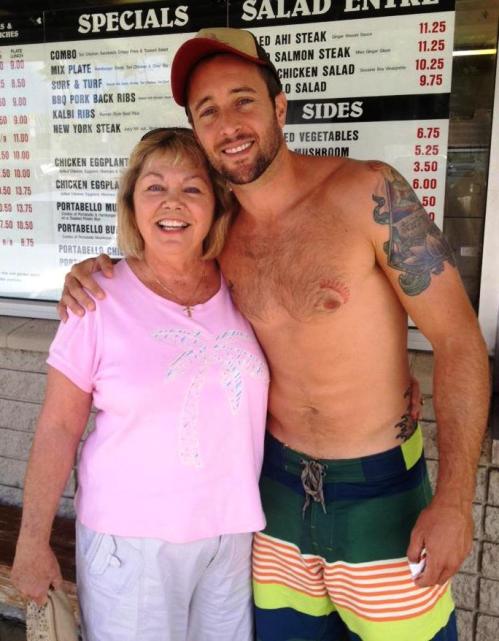 (I can not help but LOVE this picture! ) 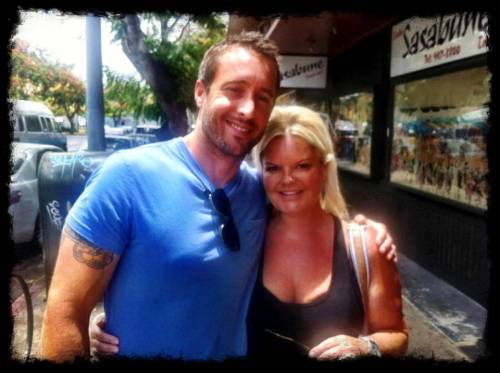 Gael Donaldson (20 June 2012) Alex O’Loughlin just took us to the best Japanese restaurant on the planet! — with Alex
O’Loughlin 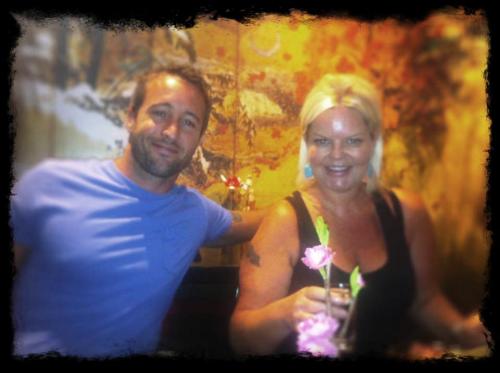 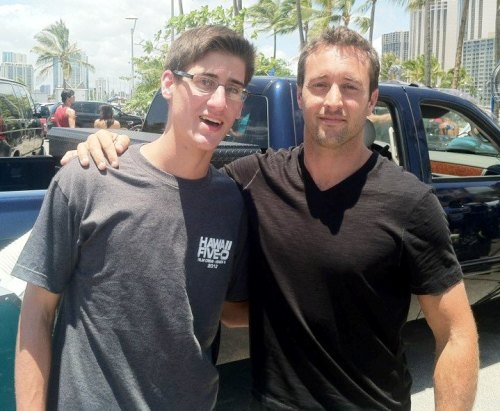 Elissa Pham (3 November 2012 )Ryder cuddling with Alex O’Loughlin from Hawaii Five-0 this morning..they were filming in the neighborhood and Ryder got starstruck 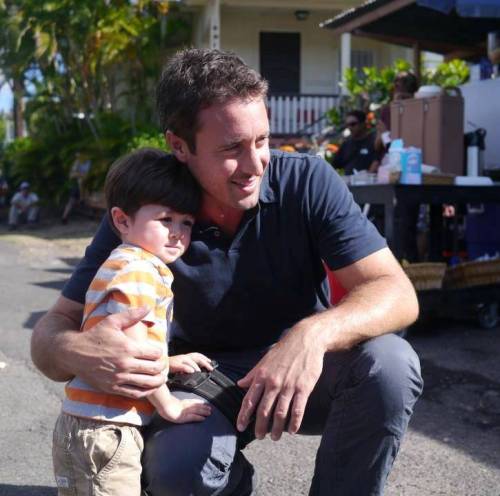 (My heart can’t take this!)

Now that was great fun!!