Alex with Charlie Pickering and the team at 7PM Project

There’s a new show that’s about to hit our TV screens. And it’s a reboot of the classic Hawaii Five-O. And we caught up with the star Alex O’Loughlin to find out all about it. Now you’ll recognise the accent, because he’s an Aussie.
Looks very cool. Alex joined us all the way from Hawaii earlier.

Anchor: Hi Alex Thanks for joining us. Now remakes, how come we can’t get enough of them?

Alex: Everybody loves a remake. Because I think … I think. I think some of us love a remake because we want it to be better than the first time and some of us can’t wait for it to be worse. [laughs] I don’t know why we love a remake. It’s also interesting to see what a new group of people are going to do with you know …. the same material. And …. But I think it was about time for Five-0 to be remade. It was a great old show. This isn’t your father’s Five-0 though. It’s very different. It’s a very different show. 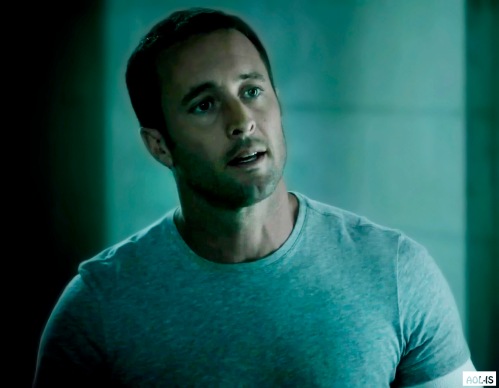 Charlie: Alex, are there any Aussie shows we can do over again?

Alex: I think we should start Home and Away right at the beginning and just go again. Home & Away and Neighbours. They are the two greats. I’d like to play Alf … at some stage.

Charlie: Looks like a tough gig. How’s it going over there?

Alex: I don’t know how much of this you can see, but its paradise. It’s the greatest thing ever. I’ve been in LA for a …. About 6 years now. I kind of … I miss Australia a lot. Like I miss our coast. There’s certain things I miss about Australia and I miss it less now that I’m here. It feels … there’s something very Australian about this Island.

Charlie: What … for those of us not lucky enough to be there, what can we expect from the new Hawaii Five-0.

Alex: Lots of action. Lots of you know, girls in bikinis, some guys in bikinis. Lots or beautiful beaches. Coconuts. Big guns. Fast Cars. All that stuff.

Charlie: Well it’s already huge over there; hopefully it will be a success over here as well. Alex, thank you very much for talking to us tonight.

Alex: Thanks guys. Hope you all enjoy the show.