About Alex: “He is incredibly gifted,” Cadiente said. 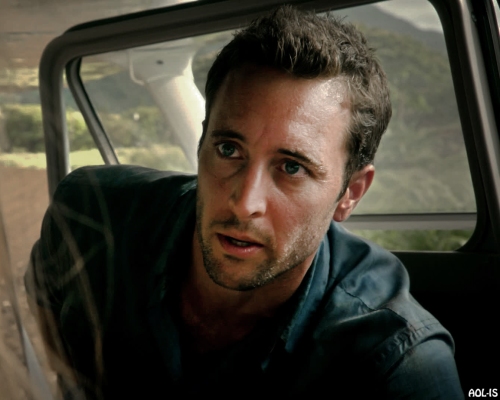 WAIALUA » The guns were loaded, the nameless thugs had the lawmen in their sights and orange foam ear plugs had been handed out. Jeff Cadiente, the Emmy-nominated stunt coordinator for “Hawaii Five-0,” studied the illusion of violence he was about to command and liked what he saw. “Fingers off the triggers, guys, until everyone is hot,” he shouted. 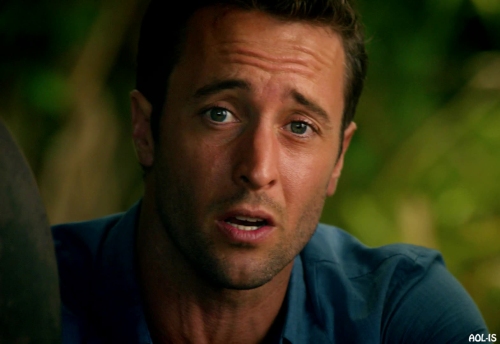 There was an air of casual tension here, on a location set at a remote North Shore ranch. The stars of “Five-0” were also hard at work on the second episode of the CBS show’s second season, but Cadiente and his production crew of 30 people were about to start a gunbattle elsewhere on the ranch.

The scene — which focuses on a pale-green shed where stunt doubles for Alex O’Loughlin and Scott Caan are hiding — is heavy with action. 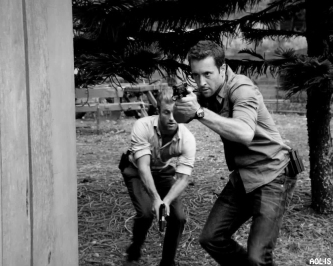 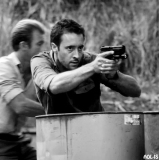 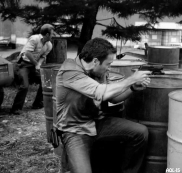 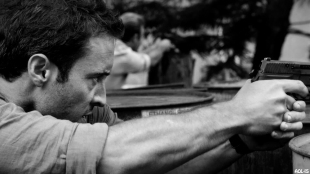 Everyone will use real guns loaded with blanks, but they’re going to fire off 40 rounds so the exchange will be ferocious. As they start blasting, a special-effects technician armed with a paintgun that fires dust-filled balls will shoot out the windows above the stunt doubles. At one point, small explosive charges called squibs will detonate with enough power to produce sparks on a horse trailer and blow a hole in a stuntman’s T-shirt — but not his stomach. 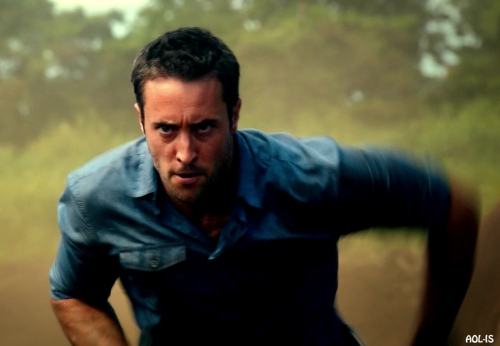 Scenes like this are central to the success of “Hawaii Five-0.” From fistfights to explosions, car chases to shootouts, the action on “Five-0” sells the show as much as bikinis, banter or bromance.

Throughout, Cadiente is the ringmaster. It’s his job to ensure the action feels seamless and authentic. The show’s creators give him bullet points, and he has to figure out how to make them happen.

“You are not dying on this,” Cadiente told a pair of stuntmen, then changed his mind. “You know what? It couldn’t hurt.”

So when he shouted, “Action!” They went out in a blaze of glory. 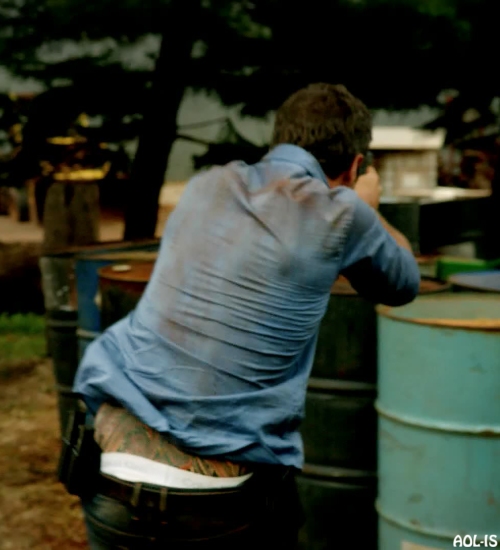 If this was in a neighborhood and not off the beaten path, someone would be calling 911.

“I think we are going for realism,” Cadiente said during a break in filming. “The guns we are using are real, so it helps the stunt people react. It helps the actors. It helps everybody get into character.”

CADIENTE brings a wealth of experience to every scene. A second-generation stuntman who was born in Hollywood and grew up in Southern California, he has worked professionally since he was 18 when he got a job on the Al Pacino classic “Scarface.” Since then he’s worked on 93 film and television projects, including the Fox series “24,” which earned him four Emmy nominations as a stunt coordinator. 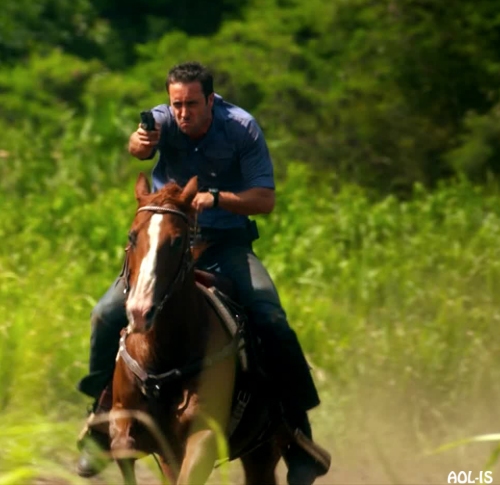 His stunt directing on “Five-0” last year earned him another Emmy nomination — the fifth of his career — for the episode that saw Caan’s character, Danno Williams, exposed to a deadly neurological poison.

A résumé like that generates trust. Cadiente doesn’t ask his crew to do something he hasn’t done himself.

“It helps that I know what I’m talking about because I’ve been there,” he said. “So, when I show them the reactions and what I want them to do and the body language and the acting and how to fall and do it safely, it’s all coming from my experience. I’m very hands-on.”

The show’s primary cast members often get involved in the action, especially the athletic O’Loughlin. “He is incredibly gifted,” Cadiente said. “He remembers choreography, so when I am teaching him a fight, he can remember 15-, 20-punch combinations.” 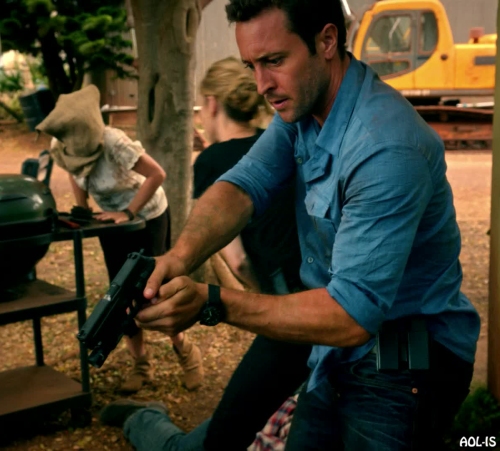 When it’s time for a stunt double to fill in — for risky scenes or for camera angles that do not show a star’s face — “Five-0” turns to Justin Sundquist to play O’Loughlin and, sometimes, Noah Johnson to play Caan.

Emerging from the shootout at the shed, Sundquist had small chunks of breakaway glass, known in the trade as candy glass, stuck to his hair. 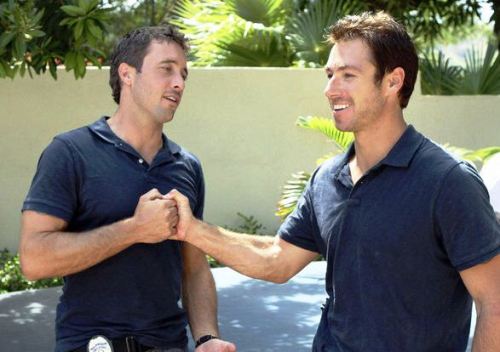 Realism is rooted in understanding what your character is supposed to be experiencing, Sundquist said. That means the ability to act surprised when someone throws a punch.

“You rehearse so much that you know it’s coming, but you still have to act to make it look real,” he said.

Some scenes are better for everyone if they have to do it only once, such as the time last season when Sundquist had to chase down a moving bicycle rider from 20 yards, make a leaping tackle and do it at the right spot for the camera. 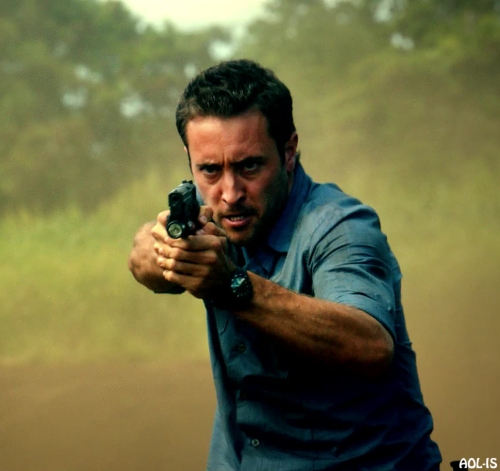 Sundquist, who met O’Loughlin on the set of the short-lived CBS series “Moonlight,” isn’t an exact match for the Australian, but the actor has given his double a weightlifting routine and a diet regimen of chicken and brown rice in the hopes of giving him more beef.

Unfortunately, Sundquist can’t taste it. He hit his head during a stunt about three years ago and lost his sense of taste and smell.

JOHNSON  HAS been doing stunts seriously for only about five years. Before that the Hilo native was a professional surfer who won the Quiksilver In Memory of Eddie Aikau Big Wave Invitational at Waimea Bay in 1999.

He’s one of several stuntmen who bear a resemblance to Caan, but he has to wear a wig. Johnson called it “the wolfman look.”

Last season Johnson spent a lot of time as what he called a “punching dummy” doing background stunts. But sometimes, like in this episode, he’ll find himself on both sides of a gunbattle — bad guy yesterday and Danno today.

“There are times when I have to shoot myself,” Johnson said. 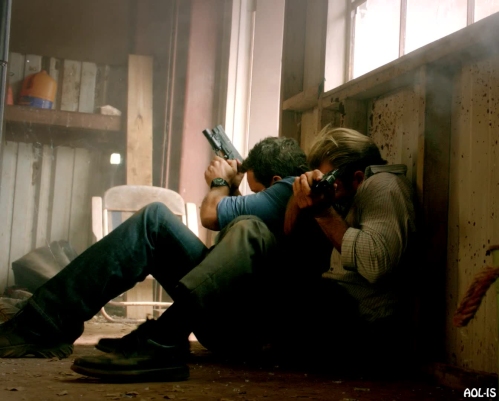 THE  NEW SEASON brings the pressure to create action scenes that are not recycled from the year before, but Cadiente relishes the challenge.

“We are always pushing the envelope,” he said. “We’re always trying to make it more exciting, which sometimes means you are doing things that are a little more dangerous. In the first episode we shot McGarrett flying out of this ambulance at 15, almost 20 mph, and we did that for real.”

And that means bumps and bruises along the way. Or does it?

“I like to say what we are doing is controlled chaos,” Cadiente said. “It looks like everything is out of control and we are doing death-defying things, but I like to do it in a safe manner. We know what to expect.”

The “Hawaii Five-0” season premiere is Sept. 19 on CBS. Local fans will get a sneak peek of the episode at a Sunset on the Beach premiere featuring the show’s stars Sept. 10 in Waikiki.

Stunt director Jeff Cadiente, runs through a scene during filming for the television series “Hawaii Five-0” on Friday, July 22, 2011 at Flying R Ranch in Waialua. 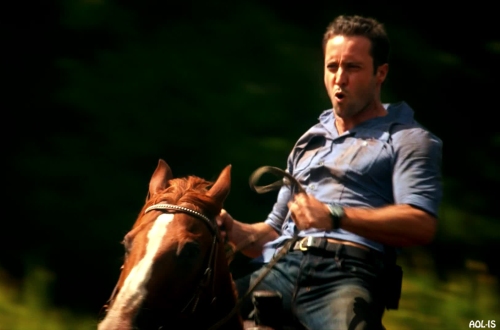 Link to video: Shooting for realism on H50 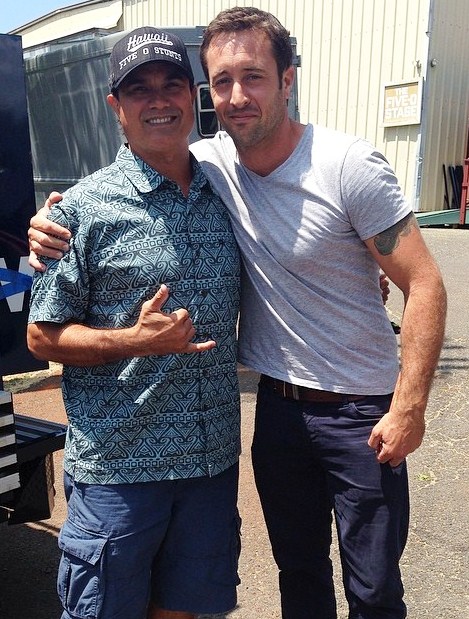 Justin’s last day on #h50 Mahalo for the risked life n limbs my friend! Couldn’t have done it w/o u! #h50stunts 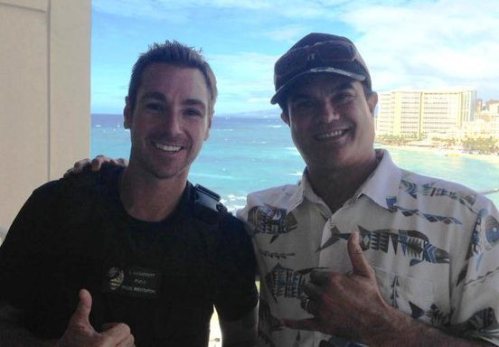