A few comments yesterday where people think that it was a bit of a strange interview. Maybe this will also shed some light on it. It looks like big parts of what was originally recorded, was not even used for the broadcast. It was kind of strange  that the interview was done to promote Three Rivers, but they did not really talk about the show in the clip we saw.

In the clip, he talks about getting sick in Mexico, but I only know of his trip there in May 2008, more than a year previous to the interview, right after Moonlight was canceled. Just to put the timeframe of this in perspective – This interview was done while he was filming Three Rivers. And Three Rivers started shooting the day after he finished filming The Back-Up Plan. And The Back-Up Plan started filming right after he filmed the original pilot for Three Rivers (where he was a bit chubbier, before he trained for TBUP). And that was filmed a month or two after Criminal Minds episode. So what I and trying to say, is that unless he only went to Mexico for a quick weekend and then got sick, he most probably got sick a year before in 2008 already, and that it was not something that happened right before this interview in 2009. He was actually looking thin here, because of all the hard work and training. 🙂

Anyone who has ever been lucky enough to see Alex O’Loughlin in the flesh knows that the very first time is a special experience. Imagine the effect when he’s sitting just 25 ft. away, right in front of you…

Yesterday was the first day of my trip to LA and what a day it was! Approaching the CBS TV studios via Fairfax for the taping of the Late Late Show, we saw various posters for Whiteout as well as a couple of billboards for Three Rivers. 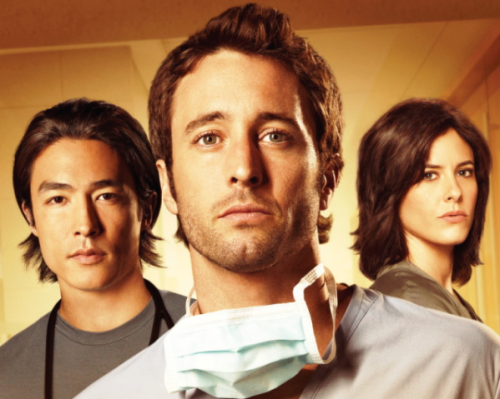 As the show only has seats for 108 people in the audience, the studio proper is surprisingly small and intimate. The segments aren’t taped in the order that they’re aired. And yesterday, the producers saved the best for last!

When Alex was introduced by Craig and walked in, we stood up and applauded very loudly. I’m not sure he could see us with the spotlights on him, but you can see in the video his cute double take that resulted in a huge smile when it dawned on him.

What you may not see is that Mr. O’Loughlin still gets nervous. There was lots of thumb activity going on, especially in the first minute and he was tapping his right foot to a rhythm that only he could hear. You can see the toe of his boot bobbing up and down on the screen 😉 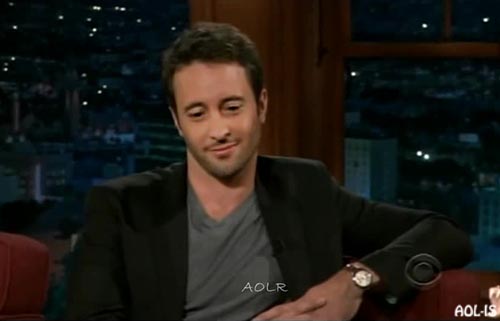 Unfortunately, not everything that was taped for the show was actually aired, so here’s a summary of what you missed: 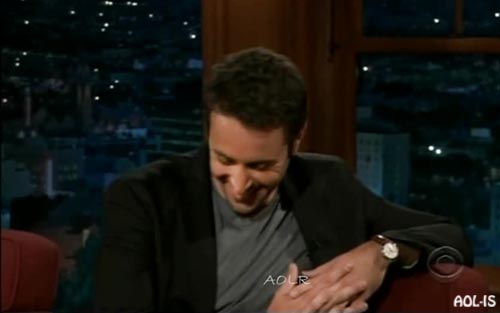 He remained seated to chat with Craig when the interview was over. When they were done, Alex stood up, hugged Craig goodbye, and turned and walked off, but not before giving us a two-handed wave first and blowing us a kiss!

I had already been warned by Deb that Alex O’Loughlin is even more enchanting in the flesh. 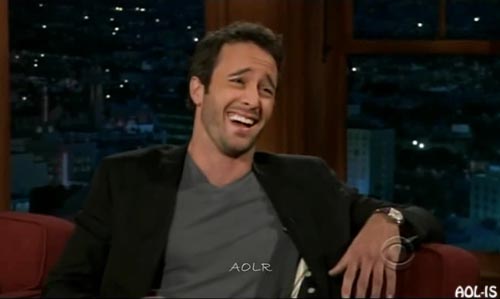