After last weeks drought – we were bombarded with new pictures of Alex during this week – hope you enjoy it all!

Just a reminder – if you see a word that is underlined (especially a user name), it is normally a link to the original source post of anything we report on here. You can just click on that word and it will take you back to the original post on Twitter, Instagram, Facebook or where ever else on the internet it was posted. Make sure to visit them and “like” their posts as well ……

And to see pictures in full size, you also have to click on them 🙂

There is nothing more annoying than a logo right across the bodies of the actors – really, what do you get out of adding your signature across everything and spoiling the whole picture? For that reason, I rarely share or post links to any pictures here, from people who spoil pictures like that.

Posted by The Ninja on 11 August 🙂 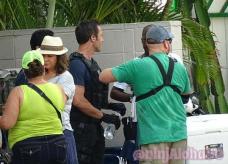 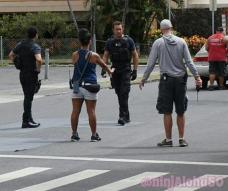 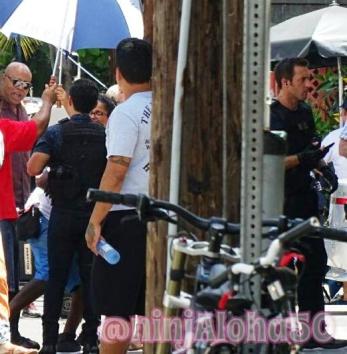 And a little video of the action:

Please make sure to visit the Ninja’s Twitter account to see the many pictures that were posted.

0415kako Filming Hawaii FIVE-O🌞 He tripped in front of me and his reaction was so funny Then, he shook hands with me Anyway I had a fun time😀 やっと撮影みれた- まさかの目の前に歩いてきてコケたw まぢで抱きつかれるのかと思ったww 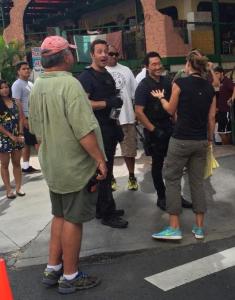 Kris: Hawaii 5-0 filming at the Sheraton across the street – Alex O’Loughlin and Grace Park. 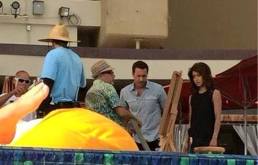 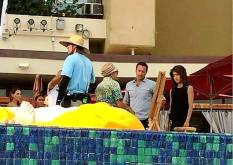 laila helen ⚡️ ‏@laila_helen  got to meet my favourite Aussie today was so lovely meeting Alex, he was so sweet @HawaiiFive0CBS #hawaiifive0

kohei0126 Alex以外にもGrace, Teilaと写真撮れた！まじ感動 Grace綺麗すぎI was sooooo happy because I took picture with them! All of them were so kind. Grace is most beautiful women I had ever seen.This is my best memory in this trip Thank you guys!

kohei0126やばすぎ！ずっと見てるドラマHAWAII 5-OのAlexと写真撮れた！まじ感動 I was sooooo happy because I took picture with him, Alex O’loughlin!! He wa so kind. This is my best memory in this trip Thank you Alex!

Egan Inoue   Look who got his purple belt today! Congrats to all that tested today! Keep challenging yourselves! 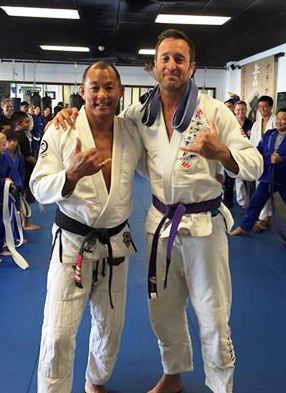 After 4 years of training Alex got his Purple Belt in Brazilian Jiu Jitsu yesterday. He is definitely a star in more ways than one. Now for the hard work to earn more stripes and then graduate to a Brown Belt 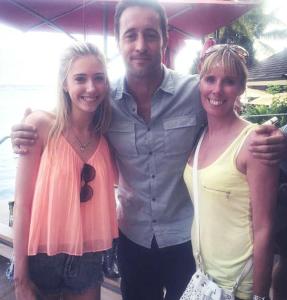 (It might be here under trivia, but for me the information is definitely not trivial…..

Question: What is going on with “Hawaii Five-0”? Have watched it from the beginning and it seems as though they are not using Scott Caan very much. In fact some weeks he is not even on the show. They seem to be using the actor from the police force more and more. I would like to see them go back to the original four characters. – LU, MARS

Rob: I actually received and ran this question earlier this year but the non-response was unsatisfactory. So when I spotted Caan at a CBS party earlier this week, I was able to get a response straight from him. “I do five episodes less than [series star] Alex [O’Loughlin],” said Caan, who lives in Los Angeles while the show shoots in Hawaii. “I just do a couple of episodes less so I can come home to see my family and stuff. They were cool about it so we just all came to that.”

Thank You Rob for asking and a big Thank You Scott for answering it clearly. (And it was good to see that Scott took the time to represent the Hawaii Five-0 cast and show at TCA)

I myself would have preferred a Danny that could be available full-time, because Steve and Danny has been the centre of the show from the start. But I hope fans will stop complaining now when Scott (Danny) is not in episodes and other actors take his place. It  is HIS choice to do less time on the show. If you are a fan of him, respect that. He has been doing it for 2 seasons already (since the beginning of Season 4, long before Kacy even got pregnant).  I think it is high time for the complaining fans to get used to it by now.

As an example – this great picture posted by Daniel Dae Kim on Instagram, where many of the comments repeatedly ask where some actors are:

danieldaekim One of the best things about this job is that once in a while you get to work with a #legend. Last night it was @49ers star #JerryRice. As a huge fan of #BillWalsh and all the #Niners of that era, it was a special thrill. Mahalo, Jerry! #H50 #ClassAct 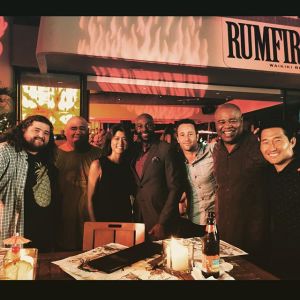 I realised something when I looked up to which post the search must have taken them. We posted a Whiteout Premiere video where Alex jokes about him buying a plane and flying there – and we never told the readers specifically that he was of course joking – oops. Although the name of the post should be a hint, I think: ‘Sarcastic’ Alex – Whiteout Premiere, September 2009

There comes a point where you just love someone, not because they’re good or bad. You just love them the way they are. 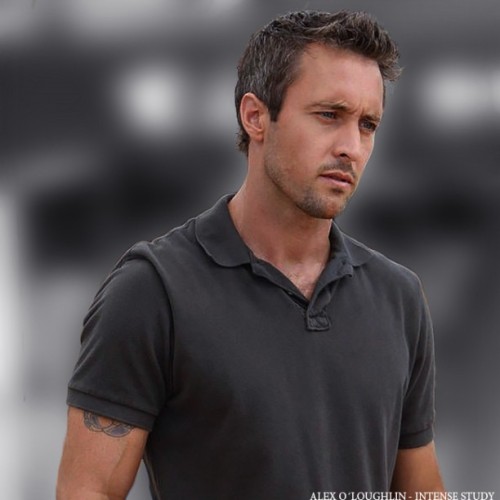 Once again a BIG Mahalo to everybody who contributed by posting all their pictures and stories on social media for us all to enjoy!