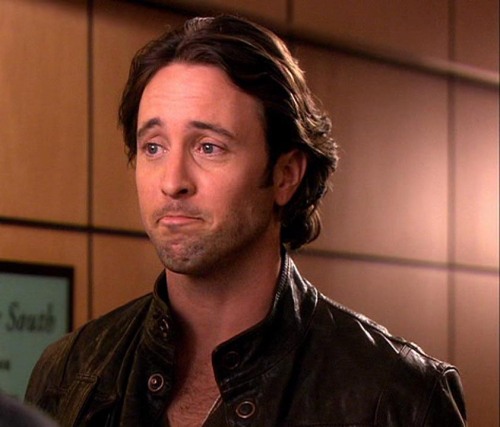 “No! You can not see my fangs”

As most long time Alex fans will know, ‘Alex O’Loughlin Rocks’ was one of the best fansites ever. The site closed down in November 2012 and the information from it, together with that from Adoring Alex O’Loughlin.Org, are still sorely missed amongst all die-hard Alex O’Loughlin fans.

This post is a combination of two of the posts originally posted on the AOLR.

Courtesy of my friend J. who was on the production team for the TV show Moonlight, here are three photos of one of the three sets of vampire teeth that were made especially for Alex O’Loughlin to use in his vamping scenes as Mick St. John. 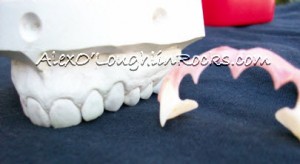 In an interview with Bill Florence in the March 2008 issue of Starlog magazine, Alex explains,

“The teeth snap in and out pretty easily, and they’re extremely realistic. I do go through them, though. Occasionally, I get pretty heavily into character, and I’ll bite down on them, or I’ll get punched in the mouth or fall on my face and break them.”

The model shown here, cast from a mold made of Alex’s upper dental arch, was first used to build the vampire teeth and later served as a holder for them
Because the teeth were made to fit Alex’s bite, they weren’t uncomfortable to wear. They were lightweight and fit him snugly.
Alex has a set as a keepsake and J. has the other. The red box is the container in which the model and teeth are stored. 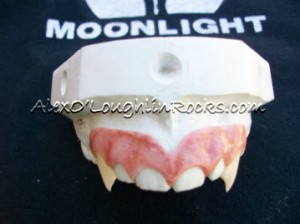 Initially, there were three stages of vamping, each with their own make-up.

In Stage 3, the make-up included cracked lips, the very light blue contact lenses, dark eye make-up, mottling of the skin and prominent veins in the face and neck areas. 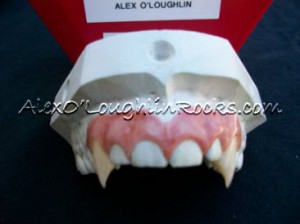 Production, however, decided that only the Stage 2 vamp teeth would be used at all times, as the Stage 1 fangs were hardly visible on film.

According to Alex in Starlog,

“It takes me about an hour to get into full vamp mode. When we do the morphing on-screen, that’s a process which involves green screen and slates both with and without me, and I have to keep the same position.

It’s pretty standard procedure for the show to morph me from normal to vamp, but it’s time-consuming. As the actor, I have to remain patient and let everyone fuss about and do their job frantically around me, while I stay in character and in the moment.

But I’ll tell you, mate, once I put those teeth and eyes in, it’s like I’m wearing a mask. It completely shifts me away from who I am. Mick St. John as a normal guy, before he vamps, is one character, but Mick St. John in full vamp is another beast altogether!” 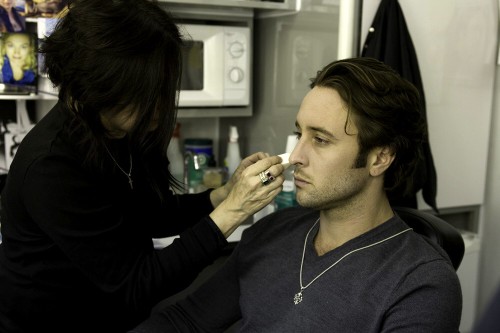 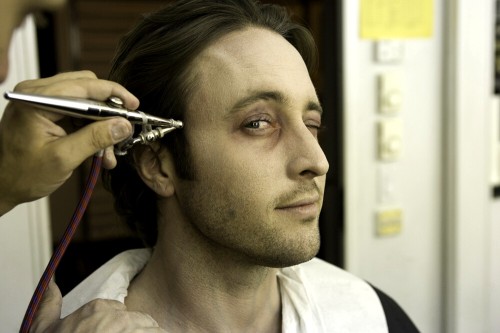 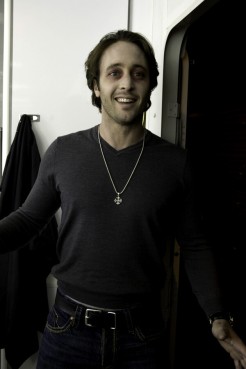 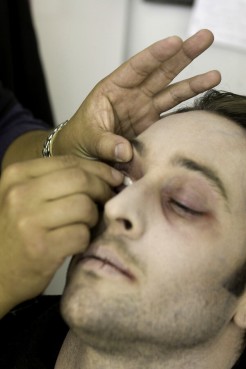 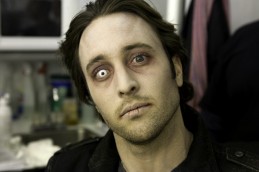 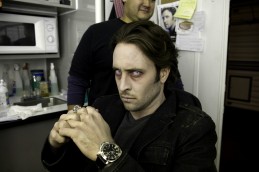 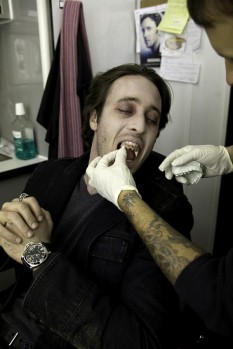 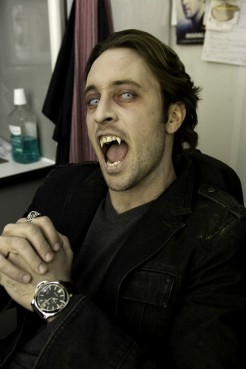 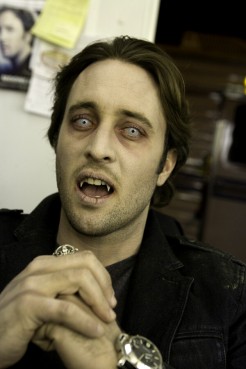 As a Moonlight buff, I’m into collecting memorabilia. I usually go for the regular stuff, like signed photos, but I’ve also been able to purchase various scripts and call sheets .

The scripts are really fun to read and to compare with the final cut of the television show.

A call sheet is basically a schedule for a particular day of shooting. It provides the cast and crew with essential details such as the filming locations, the scenes that will be shot, the current script revision to work with, which cast members are needed where at what time (e.g. for hair & make-up or rehearsals), the location of the nearest hospital, emergency phone numbers, the weather forecast, sunrise and sunset times, parking instructions, transportation arrangements, safety notes, etc.

Key cast members are assigned a number for easy reference and it saves space on the call sheet: Alex O’Loughlin was #1, Sophia Myles was #2,Jason Dohring was #4.

According to information on one of the call sheets,  Alex O’Loughlin’sAmerican Red Cross Public Service Announcement was shot on Wednesday, April 9, 2008 on the Warner Bros. studio backlot during day 4 of shooting episode 15, What’s Left Behind. 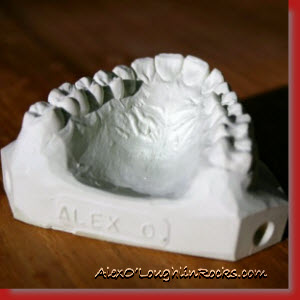 Last December I was lucky enough to acquire a highly unusual Moonlight memento: one of the very few models cast of Alex O’Loughlin’s upper dental arch.

Please read the post “Alex O’Loughlin on Mick St.John’s Vampire Teeth” for a clarification of why the models were made and how they were used. My model arrived about two weeks ago, after getting held up at customs, probably due to the influx of packages for Christmas.

Or else the customs officials didn’t know what to make of it ;-].

It now sits on my desk and I use it as an ashtray (just kidding!). 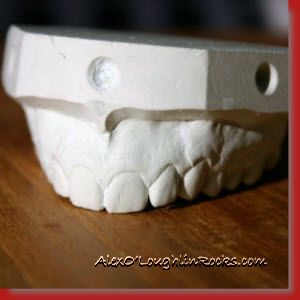 The chipped corner of Alex’s front tooth is replicated

What can I say? It’s weird. It’s wonderful. It’s amazingly accurate. It has a partial impression of Alex’s soft palate and even the tiny corner that’s chipped off his front tooth is replicated. 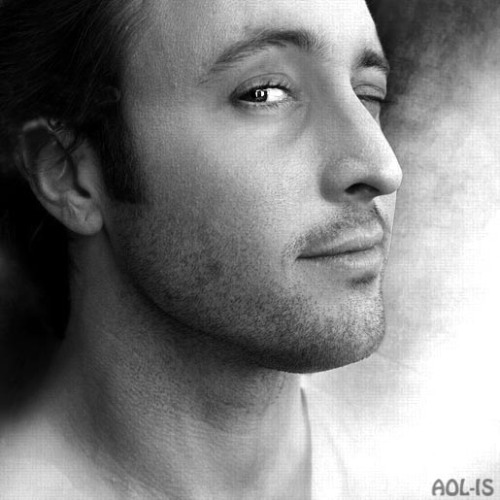 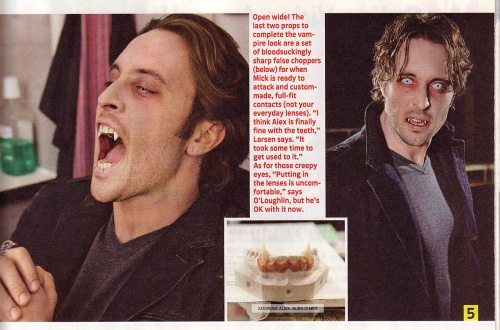 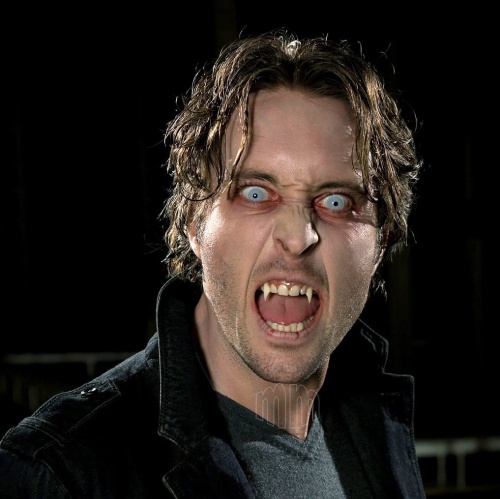 Filed under Alex O´Loughlin, Fan Stories, Mick wants to kiss you gently with his fangs.