Australian Alex O’Loughlin talks about bonding with Jennifer Lopez and disastrous first dates while promoting his new rom-com, The Back-Up Plan, as well as the appeal of the movie itself. 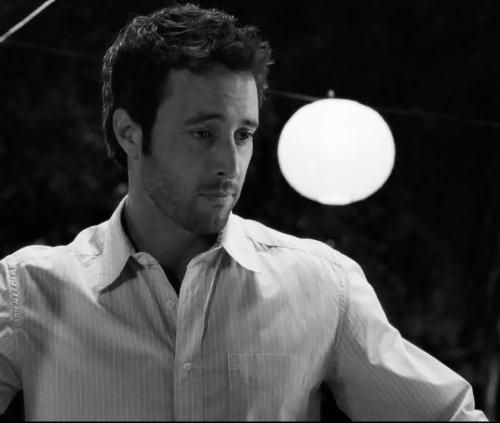 He also discusses his future, including landing the role of Steve McGarrett in the new Hawaii Five-O TV series…

Q. What appealed to you about The Back-Up Plan?

Alex: Of course, it always starts with the script and the script was very well balanced and I thought it was funny. I laughed out loud in a bunch of different places… the same places I laughed when I actually saw the film.

The thing was the arc of these two characters was there. Romantic comedy is a genre where you can lose the character arcs… you just need the formula and then you have the film. This just felt more real. 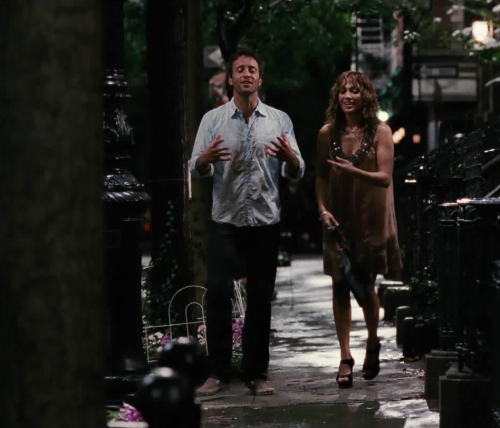 Q. When did you know you had such good chemistry with Jennifer Lopez?

Alex: I met Jennifer after the film was offered to me. I went up and met her at her house in Long Island. We sat down and had a cup of tea and got on well. So, it made sense.

Q. How nerve-wracking is it to try and establish chemistry with someone for a romantic comedy? It’s been said that chemistry is the one thing Hollywood can’t fake…

Alex: I guess when you meet someone for the first time, there’s a pressure and you think: “If we don’t get along are we still going to do the film? Is it going to be worth doing the film?”

But the bottom line is that if we didn’t understand each other and sort of jive off each other, it wouldn’t have been worth moving into.

Q. Was it hard to keep a straight face while filming some of the more outrageous scenes?

Alex: Yeah, some of them were outrageous, especially the water birthing scene!

There are a lot of scenes where we had to cut and take a time out because everybody was laughing so much. But it’s the nature of the comedy and the nature of dealing with funny subject matter.

The worst thing about it is that when you start laughing and trigger everyone else it’s so hard to bring it back. But we got through it… evidently! 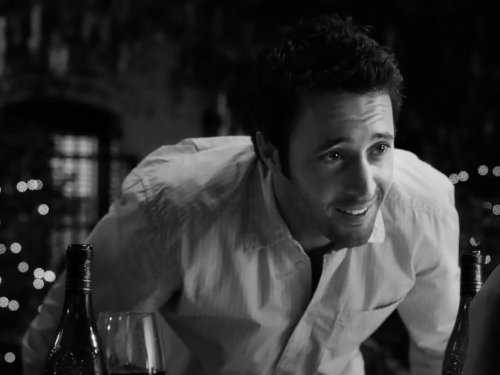 Q. And how was that birthing scene to film?

Alex: It was hilarious. It was fun. It took a long time, because there were a lot of actors and a lot of action, but it was terrific.

I think there are some out-takes at the end of the film where we’re all laughing. It took a lot longer than it needed to take… that’s for sure! 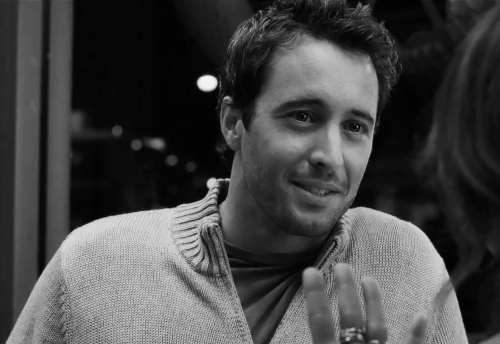 Q. You obviously have a disastrous first date with Jennifer’s character. Did that bring back any memories of your own?

Alex: Yeah, but I haven’t had that many terrible first dates. But I do remember one first date where I was with a European girl who had a very strong accent and I couldn’t really understand what she was saying for the entire time.

It meant me just guessing and trying to work out what she’d said. 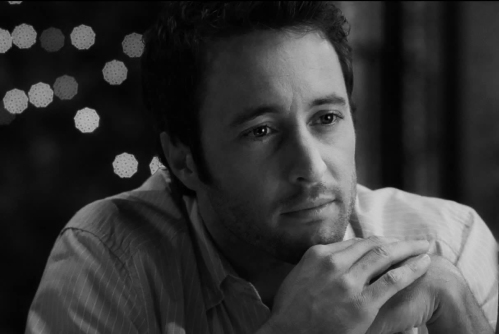 Q. Do you think you got away with it? Did you attempt a second date?

Alex: I think I got away with it but no, I thought it was best we didn’t see each other again.

I tried to tell her that but I’m not sure she understood that either [laughs]! 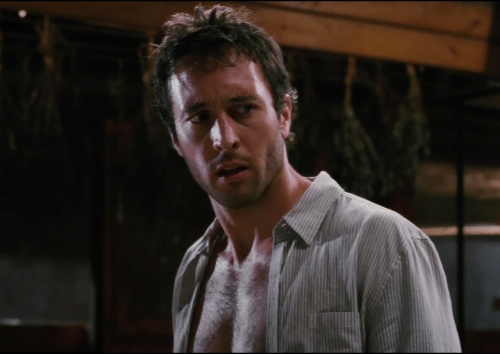 Q. This is your first romantic lead. What does that mean in terms of your career?

Alex: I’m not sure to be honest. I’m glad it’s out because there’s so much to making a film. It’s so hard to get a film off the ground… the scripts got to be good.

The fact that I’m sitting here with you now is testament to everyone who was attached to this film and everyone who made it happen – the producers, the director… everybody. 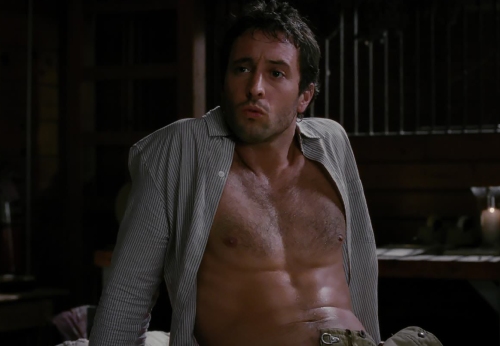 Q. One of the things that people are really excited about is the new Hawaii Five-O and you playing Steve McGarrett…

Alex: That’s great and I’m very excited about it. We’ve done the pilot. I’ve seen it and it’s fantastic. It’s a great show.

Scott Caan plays Danno, we’ve got a great team… I’m not sure what’s happening with it. It’s not been picked up yet. But I think it’ll be a terrific show. 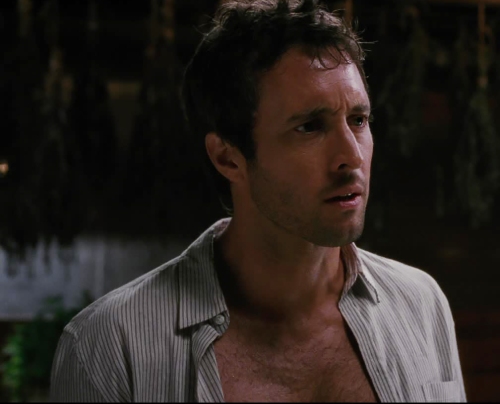 Q. Will you be going in between movies and TV as your career progresses? You’ve previously done TV shows like Moonlight and have appeared in movies such as Whiteout. Now you have The Back-Up Plan and Hawaii Five-O within months of each other…

Alex: Absolutely. I think it’s every actor’s dream to work in features.

There’s something really magical about working on a film.

You have the luxury of time and that luxury that television doesn’t afford you. 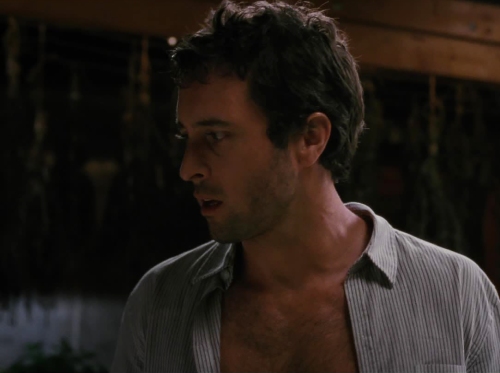 Q. You’re also following a great tradition of brilliant Australian actors and actresses. I believe you went to the same drama school as Mel Gibson and Cate Blanchett?

Alex: That’s true… 10 years ago now. I went to NIDA, the National Institute of Dramatic Art in Sydney and I was there for three years.

I got my degree and it was great. An education like that… you spend three years absorbing all this information and then it’s really about the practical application of that information and knowledge from that time.

It happens over the course of your career… there are still jobs now where I’ll go: “Oh yeah, I remember that…” And I’ll go back to my notes. 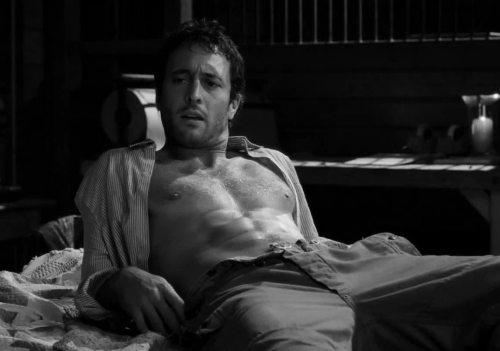 Q. You also co-produced and co-wrote a couple of your early films when starting out. Is that something you’d like to continue doing as you move forward?

Alex: Yeah, on a very minor scale. But I’d love to continue doing that. I think I’ll end up directing one day as well. 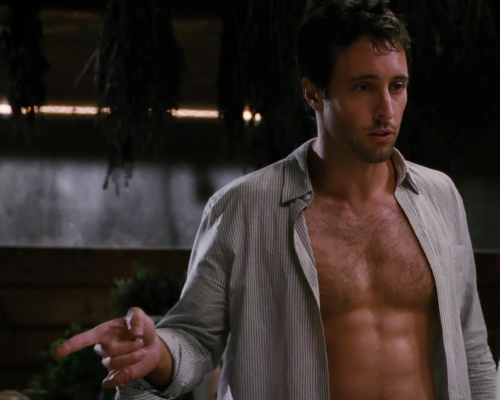