This story is an extension of one we posted a while back…..

Moving on to far more pleasant things, click here for a story just posted on Zap2it.com in which I share a few details you may not know about Alex O’Loughlin of CBS’ Sunday-night medical drama Three Rivers

And just because I always like to give my Cuppers a little something extra tasty for tea, here’s an additional story that explains why O’Loughlin wears a very nice watch and owns several more.

Alex: “I collect watches. I love them. I’ve been obsessed with watches since I was a boy. My grandfather had a watch.

Before he died, he used to turn wood, make beautiful tables. At his workshop, he had this old watch. It was, like, stainless steel with a black face, some old Swiss watch. He would keep it in one of the drawers in his workshop.

“He was an old, gruff Aussie man, so he’d growl at me when I’d go into the workshop. So I’d sneak in — because he had sharp tools, lathes, dangerous stuff. I’d go in and think, ‘It’s so deadly in here.’ I’d go in his drawer, and I’d open it and the watch was this big thing.

“It was cold, and I’d put it to my face. It was cold, metal, heavy. It was like a story in his life. It had dings in it.

I remember looking at it when we’d go fishing. So from that point, I’ve always had this thing with watches.”

Unfortunately, O’Loughlin didn’t inherit the watch — which apparently has been now lost — but has several in his collection, which he keeps in a bank safe-deposit box. Don’t know for sure, but probably not a Hello Kitty one in the bunch (but maybe I’m wrong). 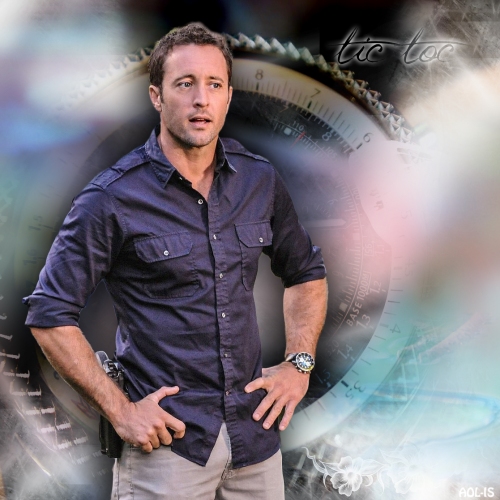 Reading Kate’s story, we thought in might be interesting to take a look at some of Alex’s collection of watches. Of course the only times that we can see them is on pictures taken at events and also in candid pictures at events and with fans. It is not easy to always spot them, because at formal events he wears long sleeves.

It looks like he’s got some favourite ones and you will see him wearing them more often and at different occasions.

In most of the pictures they did not really focus on his hands, therefore the watches are small. And of course fan pictures are rarely good quality.

We did not incorporate watches from his work, because they most probably are part of the show’s wardrobe props and not his own. We are not sure about the watches used in photoshoots, but have incorporated a few of them here. 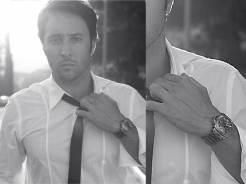 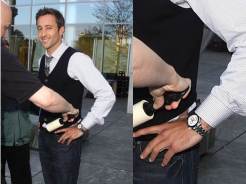 These picture are just for fun and as always just an excuse to look and intensely research some pretty pictures of Alex. 🙂

Maybe some of you who are knowledgeable about watches, will recognize some of the brands that he owns.