Here are transcripts of some clips from interviews Alex did on the press day back in November 2012.

(Just to put you back in the time and place

Alex on watching himself on TV

Alex: I just don’t want to spend that much time looking at my face. At my own face. [Laughs] I mean it is kind of weird. It’s not like, you know, when you go into the restroom and do your hair or something. You know what I mean, brush your hair, or whatever.

You don’t stand there for an hour and look at …. well, I mean, okay, sometimes you do. But, you know, it’s just weird. It’s just strange to me. It makes me feel weird. You know I want to …. you know, forget. I don’t know, I’m even uncomfortable even talking about it. It’s just, it makes me uncomfortable to spend that much time, watching and listening to myself.

The best way I can describe it, is that….. and every single person on the planet, relates to this. You know when you hear your voice on an answering machine. And you’re like, “Oh, what happened to my voice? Who am I? What happened to me”. It’s like that, but in 3D. 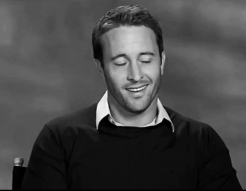 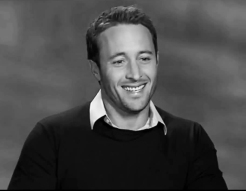 Alex on being kept in the dark

I loved that experience. And they worked like that as well, you know. And I love …. and everyone loved  it. You know everyone enjoyed it. Just couldn’t wait to get the script and every one would go back to their trailers and read it … “Oh my god, you read the script?” …. nah, nah, nah …. so.

Alex on sharing a dinghy with Scott in 3:03

Alex: I think we shot 7 days on the water. And they’re long. They’re sort of minimum 12 hours a day.

Scott and I were, in that sort of 6 by 3½ Ft dingy for most of it, I think you know. And in and out of the water to. Like I had to jump in and out of the water and …… I mean, it’s Hawaii and it’s beautiful to a certain extend, but it’s …. at a certain point you do get cold and you do ….. And so whatever, it’s. It’s …  ah….. even thinking of that week, I’m like my brain is starting to freeze up. And I start to feel hypothermic, you know. It was, it was tough.

Again it was a great sort of obstacle to put in front of all the words, and in front of what was actually happening, you know. Cause those moments when we’re like [clenching teeth], were very real.

Alex on that Kid, Wo Fat

Alex: I’m getting to a point now where I’m like, “Listen, we got to talk about Wo Fat“. Like I’m gonna put a bullet in this kid. Swear to god. I just want to kill him.

Or he marry …. they should get married, McGarrett and WoFat. Or something should happen. We need to develop that storyline. I’ve been doing that for 2½ years.

So I think he might need to die, or something. Or join the team. Wo Fat could join Five-0, I don’t know. Something massive has to happen, soon, I think. 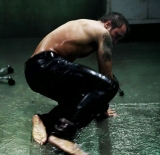 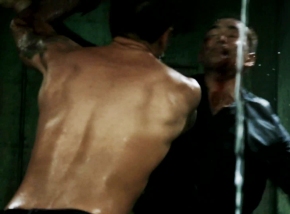 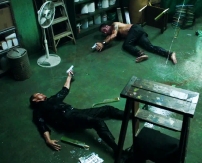 Alex on the advantages of a 3rd season

Alex: I’ve actually really enjoyed this season. It’s …… First of all, I’ve never had a 3rd season of my own show, you know. So, this is new territory. And there’s something, that happens between the 2nd and the 3rd season as an actor, you know, and as somebody who……. I mean the job security stuff.

And that sort of stuff, it’s ….. Something settles down. And I kind of came into this a little more relaxed and a little more less weary of  what was going to happen. And I also really like the stories we’ve done so far too.

It really becomes a family affair, you know. After this amount of time. I mean, any sort of film set is, is  kind of like a family. Well that’s what you hope for. But after you spend years and years together, and you weed out people that aren’t happy, or don’t fit or whatever. You end up with a really close group of people. And there’s a familiarity that comes along with that. And that kind of turns into a well oiled machine.

In the first year, particularly, you’re ironing out a lot of kinks, you know. And so, once they’re all out and everything is comfortable as it is now, you get to focus on specifics and on the play itself.