Happy Birthday Commander Steve McGarrett – How old are you today?

First  of all we would like to wish our favourite fictional TV character, Steve McGarrett, a Wonderful Happy Birthday today.

I know most of you sane people out there, will seriously question our celebration of Steve’s birthday. And together with that, even more the discussion that will follow here. This is all for fun and should definitely not be taken too seriously – actually as with everything else in regards with Hawaii Five-0. After all, it is just a fictional story, with fictional characters on TV.

Many fans might wonder where we get Steve’s birthdate from. As far as I can recall we never heard anybody mention the date, but the first and only time we saw it, was on the warrant for Steve’s arrest during the season 1 finale. On there, with some screen caps we could see that his birthdate is 10 March 1977. That means Steve is 38 years old today. 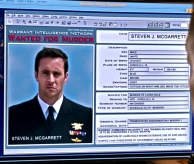 While I was doing the re-watches and research for the recaps of Steve’s story, I picked up on something that caused some doubts with me. In Episode 1:11 Steve says this to Danny:

Steve: I was 16. My mom was late for dinner. Mom was never late. And uh, the doorbell rang and from the minute I saw the cop’s face, I knew right away.

Danny: How did it happen?

Steve: It was a car accident, drunk driver. My dad used to say he felt sorry for the cop who had to come and tell us. And I never understood what he meant by that, until the day came I had to do it myself.

In the same episode, we have this conversation between Steve and Chin about the number he found in the Champbox at the back of the photos of a burned car:

Chin: So I heard back from my guy over at the HPD archives. He looked up that case number that your dad had written down.

Steve: What did he say?

Chin: The file is missing. Which means it was either lost somehow…

Steve: Or somebody stole it.

Chin: Yeah. I was able to get a bit of information just based on the file number itself. Here’s the thing. The case was opened on April 19th, 1992.

All in all, that actually makes more sense. It will even fit in with Alex’s real age – not that it really matters, because Steve is not real, remember. 😀 .  But most of all it will fit in better with other conversations and also make the references to Steve’s football records a little bit better, but not really. 🙂 .

In Episode 2:14 we got this conversation between Young Steve and John McGarrett, shortly after Doris’s “death”:

John: Sit down son. We need to talk. I’m sending you and your sister back to the mainland. You’re leaving tomorrow.

John: Joe got you into the Army-Navy Academy. Mary is going to stay with Aunt Deb. So you guys will only be a few hours away from each other.

Young Steve: I just started junior year. Why are you doing this?

John: It’s not safe for you here anymore. You have to go now.

Our American friends can help me if I am wrong, but if my research is correct, Junior Year means 11th grade, the second last year of High school. And normally children would be around 16 or 17 in that year.

This is what I wrote in my comments on that Episode 2:14 post:

Doris ‘died’ on 19 April 1992, and if I understand correctly school for the new school year in Hawaii, starts in August – so this must have been in August, about 4 months after her death.

This all reminded me about a discussion we once had about Mick St John’s birthday and what my response on that was. In Episode 3 of Moonlight, Mick says that he turns 85, in November. But we also got a screen cap of Mick and Coraline’s wedding certificate with the birthdate of 15 February.

My answer to that dilemma was, that we should accept the date that is clear and visible for “normal” general viewers to know and not freaks like us, who look at small detail on screencaps and study things in detail. That would mean that what Mick said was known to everybody on TV (and not just us) and therefore November in my eyes is the correct birthdate. We know that props for the shows are not always correct and many times the people responsable for that, get it wrong……

There are many of them, but this is just another example of how props do not always give the correct information. In Hawaii Five-0, Episode 4:18 they show us the football pictures of Steve and Chin  in the display case at school. If you zoom in a bit closer to Steve’s picture, you can see that the date on the plaque says 1993 – but Steve must have left Hawaii in 1992 already, after his mom died, according to the conversations above. 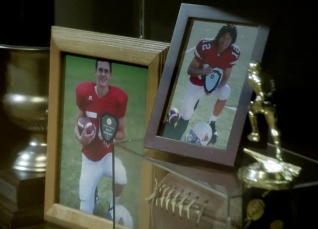 But to get back to my thinking about the dates in Moonlight. If we bring the same reasoning here as with Mick’s birthdate, we will definitely say that Steve already turned 16 earlier in 1992 before 19 April, when his mom died – because for normal viewers to see/know, he clearly said that, but there was never a date given.

This brings another dilemma for us – if we do not use the arrest warrant as the correct date of birth, we do not have a correct date to celebrate his birthday on. 😦  Only thing we do know, was that in Season 2 Episode 19, which was broadcast on 19 March 2012, the team celebrated Steve’s birthday with cake. This was in any case the closest day to the 10th for broadcast, so at least we know we are close.  🙂

In my mind, I would still like to accept the date, 10 March, but I think 1976 would have been a better year of birth to choose. And that would then make Steve 39 years old today. 😀

Five years on the phone 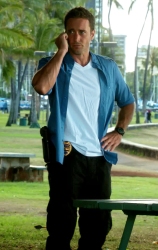 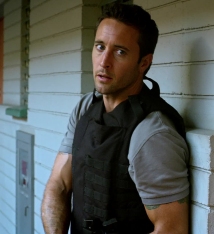 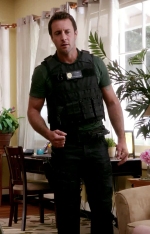 Five years of being our (Super)hero

The man (the legend), maturing and growing to be even more gorgeous, year after year!

24 responses to “Happy Birthday Commander Steve McGarrett – How old are you today?”