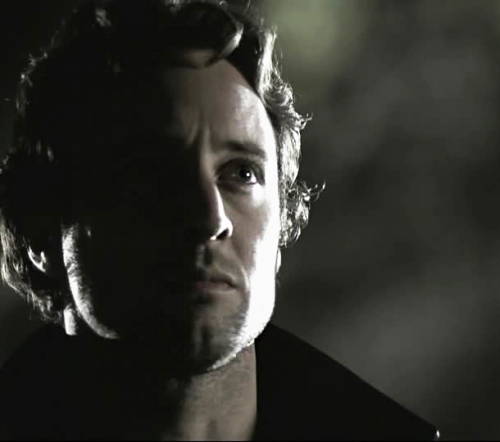 Alex O’Loughlin is the latest in a long line of Australian imports to American film and television. O’Loughlin first got notice for his role as Kevin Hiatt, the cop who would replace Vic Mackey (Michael Chiklis) on The Shield. O’Loughlin left The Shield when he was offered the role of Mick St. John, an immortal vampire who works as a detective in modern day Los Angeles on the series Moonlight.

While the description of Moonlight may sound familiar to anyone at all familiar with the show Angel, it turns out that Moonlight even has some direct ties to that show. After the original Moonlight pilot was scrapped, producer David Greenwalt was brought in to reconfigure the show and develop a new pilot. Greenwalt, along with Joss Whedon, was the creator of Angel. It seems that if anyone can keep Moonlight from being an Angel knock-off, it’s Greenwalt. However, Greenwalt’s association with the show ended shortly after it began, as another producer took over (Chip Johannessen of Dark Angel…to work on this show, you have to have done a show with ‘Angel’ in the title…). Nonetheless, the newest pilot was developed under Greenwalt’s supervision and whatever initial direction the series takes, it seems that the former Angel writer will have made his mark on it.

While at this summer’s Television Critics Association (TCA) event, we had the chance to talk to Alex O’Loughlin on the day he began shooting the new pilot, which would go right into the regular series.

The actor talks to us about ‘The Shield’

and his new vampire series, ‘Moonlight’.

Mick from Moonlight Episode 1: No Such Thing As Vampires 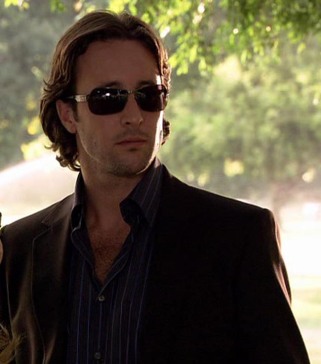 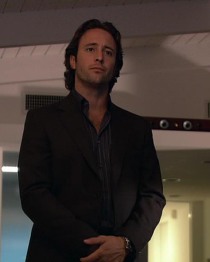 IGN TV: Has your character changed much from the first pilot that was shot?

Alex: A little, but not too much. Fundamentally he’s still the same cheeky devil he was when we first started out. There’s been a few little shifts, in so much as the way he conducts himself in his day to day affairs. And also how light he is and how serious he takes things.

IGN TV: So when David Greenwalt got involved, are these changes he implemented, in maybe bringing the character up a little bit?

Alex: A little. My character Mick St. John was a little dark, a little obsessed and … I don’t think sanctimonious is the right word, but he was kind of trapped in the darkness of his life and he seemed to have to struggle to get out of that. Now he’s much more in touch with the irony of everything that’s happening around him, which I think is really important. It’s also a way in for me as an actor into this character, because that’s much more what I’m like and how I see life.

Mick from Twilight – The original unaired pilot of Moonlight 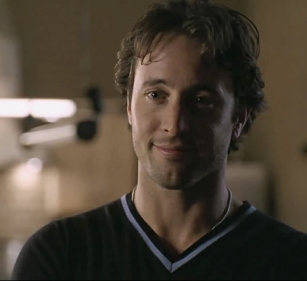 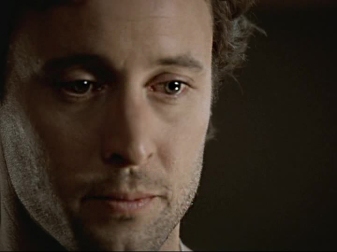 IGN TV: This show is starting up a little bit different because you’re re-shooting the pilot and then heading right into the regular season.

Alex: Yeah, it is different. The regular way you shoot the pilot over two or three weeks and then its over and there’s a break while you see what happens. But with this, it’s on. There’s no wrap, we’re on. We’ve got weekends off, we have 30 seconds to see our families and open presents. If we get the back nine, and hopefully we will, we shoot through another five months or so.

IGN TV: Did this bring you away from The Shield? Had you planned on staying longer?

Alex: Let me tell you, when you do a show like The Shield you’re mad if you don’t plan on staying longer. They asked if they could have an option [to keep him longer] and I said, “You can have as many options as you want, Shawn Ryan, you’re incredible.” Essentially the deal was for seven episodes, which is what I ended up doing with the character of Kevin Hiatt.

They did talk about an option, but at that stage they weren’t sure where the show was going and if it was going into another season, and if so what that season was going to be about and the journey of Vic Mackey. All the episodes I did there was so much emphasis on Vic being squeezed out of the Strike Team, so…I got this role on Moonlight and I thought, ‘Oh, now I don’t think I can option on The Shield.’ If they even choose to go that way. But I got my own show, so you really got to do it.

IGN TV: It seemed Hiatt began as the guy who really got Vic. He got Farmington and the Strike Team and understood what needed to be done.

IGN TV: And then in your last few episodes, it seemed like Hiatt become a bit more of a tool…

Alex: Oh, let’s say a device. Not a tool, I don’t like the word tool (laughs). But absolutely I think he was more easily manipulated as he found the groove in Farmington. He relaxed a bit more and it was sad he was used the way he was. If I were in a few more shows I think he would have raised his head a bit more. There were things about Hiatt that weren’t let out in the early episodes so I was looking forward to some darkness coming out.

IGN TV: So you think Hiatt’s story was a little bit abbreviated?

Alex: It was abbreviated a bit. And we missed the chance for an option, which is a shame.

IGN TV: Can you tell us what would have happened?

Alex: I can’t really because of Shawn [Ryan], and the ideas never did come to fruition. And I certainly had some character ideas for Hiatt and was going to talk to them about that and if the option was taken up we would have moved into a lot more character development. Maybe some about his past on the border, possibly illegitimate children to a Mexican immigrate who maybe had a relationship with. A lot of different things that would have informed a lot that had taken place. But that’s on the mantle now, but is a great point in my career. 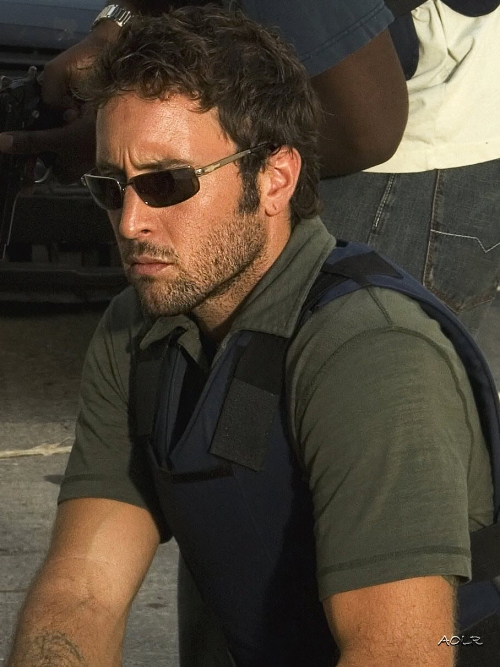 IGN TV: So were you a big fan of vampire fiction before coming to this show?

Alex: Yes, a big fan. A big fan of vampires. I’ve always been obsessed with the genre, and the beautiful romanticism and erotic kind of nature of the immortal being, the undead who lives on human blood. Just the thought of eternity and us experiencing it, and the fear that brings up in my heart when I think of it. Then I read Anne Rice’s novels, I read her Vampire Chronicles. The way she encapsulated this genre and these stories within her characters was incredible. She took me on such a huge ride. From then on I always felt it would be great to play a character like Lestat and therefore there is a bit of Lestat in my character in Moonlight.

IGN TV: Were you a fan of Greenwalt’s show Angel?

Alex: What I’ve seen, yeah. I’ve not seen huge amounts of it and I’m not going to go out of my way to do that until I’m firmly in this character. I don’t want anything to inform it, I want to go into this totally neutral. But I am really looking forward to sitting down with it, get the box set over the next couple of years and watching all of Angel.

IGN TV: Do you have a working theory about the huge influx of Australian talent into the United States? You guys didn’t all get on the same boat to come over did you?

Alex: No, man. The thing is, this is the film and television mecca of the world. It just so happens to be here. That’s just the way it is. It’s not necessarily that LA is where we want to be, but this is where it all is. So that’s why we come here. And we come here because there’s no work at home. In Australia it’s more a boutique industry, what are you going to do? You have to go where the work is. So we come here, and if you’re lucky you get a gig and you answer to it. I feel very fortunate to be accepted the way I am in the American industry.

PS. Adding a big thank you to Gabi aka Fever for giving me the opportunity to capture the original Moonlight pilot in better quality and without the logo. We are so thankful, cause there really aren´t that many captures made from it. We will post more at some point. You might remember she was the one to share the White Collar Blue video with the fandom, too. Wonderful person ♥

Filed under Alex O´Loughlin, Interviews, Kevin - Shield, Mick wants to kiss you gently with his fangs.