Until a year ago, actor Alex O’Loughlin was, by his own admission, such a nobody in Los Angeles that he “couldn’t get arrested.” Living on baked beans and building work since arriving in 2005, his luck changed a year later when he met a certain starlet.

O’Loughlin’s ability to empathise with other people and roles is “quite astounding,” says Tony Knight, NIDA’s head of acting

“I was helping a friend with a pergola and Holly [Valance] came over – they were mates,” says ex-Sydneysider O’Loughlin, who is best known here for the 2004 film Oyster Farmer and 2005 miniseries The Incredible Journey of Mary Bryant. “I was like, `She’s so hot, ` but she played it really cool. As it turned out, she was more of a fan than she let on.” 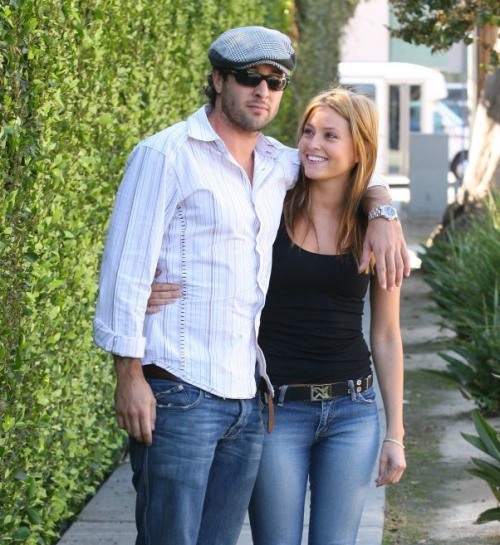 Alex O’Loughlin and Holly Valance in 2006

The pair shacked up in Hollywood, where O’Loughlin was known for losing the James Bond role to Daniel Craig – “How gutted was I? I didn’t think I was going to get it. It was a f–ing fantastic experience. I’ve held the gun!” – and (erroneous) reports that he is the son of AC/DC rocker Bon Scott. “My dad didn’t care [about the rumours] but my mum was upset,” says the 31-year-old, whose father is a physics teacher and mother a nurse. “Being viewed as a charlatan worried her.”

Then he landed a part in TV crime series The Shield and a supporting role in August Rush, a magical drama (opening on Feb. 21) starring Keri Russell, Jonathan Rhys Meyers and Robin Williams, about an orphan who is sure his parents are alive. O’Loughlin, whose son Saxon, 10, is in Australia, and Rhys Meyers shared an apartment in New York while making the movie. “We’d work out and see bands,” says O’Loughlin.

Nabbing the lead in vampire TV series Moonlight means O’Loughlin has less time with Holly: “We’d prefer to be together more. You want to be with someone you love, but you adapt.” 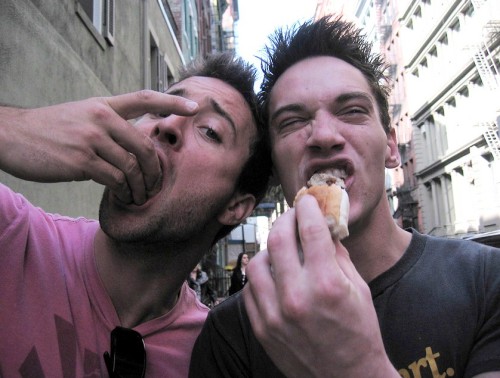 Thank you Alex and Malia for a delicious New Years dinner and great company. I love this lil Lion (and Spike). 😍 @thelionandthelambchop on IG

(It looks like Mara Lane (who posted the picture on her Instagram today) and Jonathan Rhys Meyers got engaged earlier in December and are on vacation in Hawaii at the moment.)

Links to other articles we posted that featured August Rush:

Pretty solid procedural epi, but hard to capture apart from Steve´s pretty face. Did anyone else think Ellie might have been setting Steve up for a date with herself 😉 …maybe just my imagination. That narrator´s voice was so great, reminded me of Moonlight and Alex softly narrating Mick´s thoughts. I think they should do another epi like this, having Steve´s thoughts narrated by Mick 😉

This is what caught my eye. Enjoy 🙂