Looking back at our ‘tortured’ past – High Five for Hawaii Five-0, Season 5?

About nine months ago, on 14 March, to be exact we posted the good news  that we will be ‘tortured’ with another season of Hawaii Five-0 again. (Link to that post) I stumbled upon it again, while searching for something else. The post contained a few wishes or requests that we had for the new season (Season 5). It was actually funny to see which needs were met so far and which ones we did not nearly get at all. It was also interesting to see the many comments and  the debate with the post. And it was also great to see some old familiar names there who ‘liked’ the post and commented on it.

Well Steve definitely got tortured – AGAIN….. by WoFat…..for something he did not know at all….again…. But do we also feel ‘tortured’?

Paula and I thought it might be nice to compare our wishes listed then, to those we actually got…….. 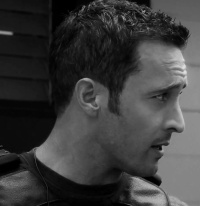 Next up: Steve doing more SEAL stuff again – How do you feel,  did we get enough ‘Badass’ Steve so far? With Alex’s stunt-double Justin leaving the show at the end of Epi 515, we surely hope that most of those dangerous stuff for the season is already in the bag.

(I was so glad, I did not even mind the fuddy-duddy old blue shirt)

And with this “Do-wishes-come-true?”, we wish everyone a Happy New Year and all the best for 2015!

22 responses to “Looking back at our ‘tortured’ past – High Five for Hawaii Five-0, Season 5?”