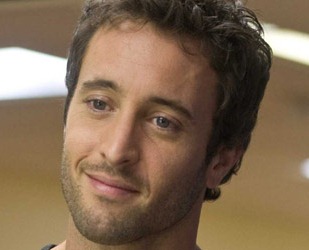 CBS has commissioned a pilot for a new version of  Hawaii Five-0. The original island cop drama starred Jack Lord as detective Steve McGarrett, leader of an elite branch of the Hawaii State Police. Alex O’Loughin stars as McGarrett in the new version.

“It’s the biggest pilot CBS has ever shot I believe,”

O’Loughlin said on a break from shooting. He’d returned to Los Angeles from Oahu to promote his feature film, The Back-up Plan.

The new Hawaii Five-O promises to be action packed. O’Loughlin is still smarting from the stunts he’s performed himself.

“I’ve been getting thrown out of tanks, beaten around the island of Oahu for a couple of weeks and I’ve just come back.”

The hunk factor likely comes into play. O’Loughlin has taken his shirt off in films and television, to the delight of fans. If he’s seen running down the beach with an open Hawaiian shirt blowing in the wind, you’ll see just how roughly the new Hawaii Five-O is treating him.

”If I took my shirt off, I look like a beaten piece of beef.”

That’s about all O’Loughlin can say for now.

“I’ve been given direct orders not to talk about it. I’m allowed to say three things about the show. I’m very excited about it and I hope all the fans really enjoy what we’ve done.” 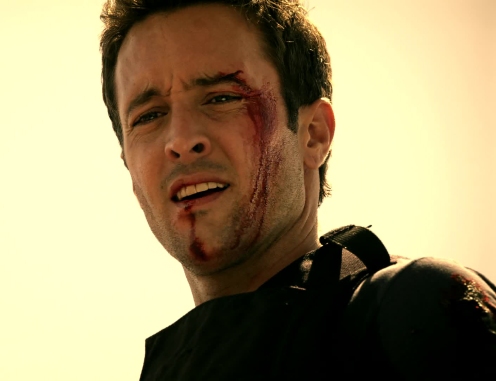 You may know the Australian hunk from the short-lived vampire series Moonlight, or the short-lived medical drama Three Rivers. Rest assured he does not take this American TV icon lightly.

This country has afforded me, my family work, and security. For that, I’m forever grateful. As an extension of that, being accepted to the point and loved to the point by you guys that I’m allowed to step into someone like Jack Lord’s shoes to play a character like Steve McGarrett in Hawaii Five O is massive for me. It’s not lost on me the significance of that.”