(Although this publication was done in Jan 2014, the press day about which this article was written, was held in November 2013 already)

Alex O’Loughlin is recognized more often in public and occasionally stopped, even while shopping with his family. Other than that, “the Hawaii Five-0 effect,” as O’Loughlin calls it, has been like a day at the beach.

Hawaii Five-0, now in its fourth season and nearing 100 episodes, has cast the 1968 original series in the shade of late. Five-0 is not Emmy or Golden Globe material, but it is one of the most watched weekly dramas on television, particularly in Canada, where it draws nearly two million viewers each week and has firmly dispelled the notion of the so-called “Friday-night death slot” — the night where shows go to die.

O’Loughlin, a Canberra, Australia, native who appeared briefly in the short-lived CBS series Moonlight and Three Rivers before landing the role of Steve McGarrett in the newly minted Hawaii Five-0 in 2010, credits a passionate following that has helped make Five-0 destination television.

“Without the fans, we are nothing,” a visibly relaxed O’Loughlin told a small group of international reporters, from countries as far flung as Turkey, Malaysia, Russia and his native Australia.

“Without the fans, filmmaking is a redundant industry. We need people to come and see what we do. I love them and cherish them, because without them I would have to go and do something else. I’d be a carpenter or something, because otherwise I wouldn’t have a job. I’m proud of my show, man.” 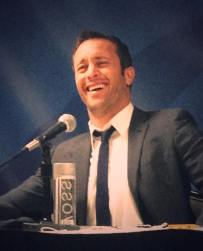 Aside from being recognized at the market —

“If you go to buy bananas with me on a Saturday at Whole Foods, it takes a really long time”

— and wanting to shield his children from the public eye, O’Loughlin says his experience filming Five-0 in Hawaii with Scott Caan, Daniel Dae Kim and Vancouver native Grace Park has been swell.

O’Loughlin juggles work with his children and a household full of pets — a dog and two chameleons — and that keeps him grounded. Working in Hawaii has afforded him the opportunity to earn a living at what he does best, and live a proper, down-at-home life at the same time, without fear of being hounded by paparazzi or celebrity stalkers.

“It’s a funny business, this business that we’re in,” O’Loughlin said. “It’s a weird job that I have. I love it. I did my first play when I was eight-, nine-years-old. I loved it then, and I love it now. I’m not really good at anything else.”

“There’s a lot of anxiety and a lot of stress and a lot of pressure, though. The hours are terrible. There are a lot of risks, physical risks (that go along with doing an action show). All that stuff goes away when I’m with my kids.

Any parent will understand what I’m saying: When you look at your kids, nothing else matters. Everything you do is for your kids.”

O’Loughlin dispelled suggestions that he’s looking for a way to get out of Hawaii Five-0. He was misquoted in a recent media report, he said.

Look, I love this show. This show is my job. This is my show. I like doing more work than anyone else connected to the show. I have from the beginning, and I will to the end.

This is my life, and it’s all I have. I don’t have time to go do films. I don’t have the luxury of gaps in my schedule so I can go and do passion projects. I miss that, but I’m fully committed to Hawaii Five-0 and I’m deeply grateful for the opportunity I’ve been given.

I get really mad when I’m misquoted. I try to be honest with the press. I don’t give one-word answers, and I like to say what I think. I’ve got a bit of a sense of humour. But when I’m misquoted and painted in a certain way, it makes me not want to do press.

I’m ferociously protective of this show, so I would like to meet that journalist again on a carpet.” 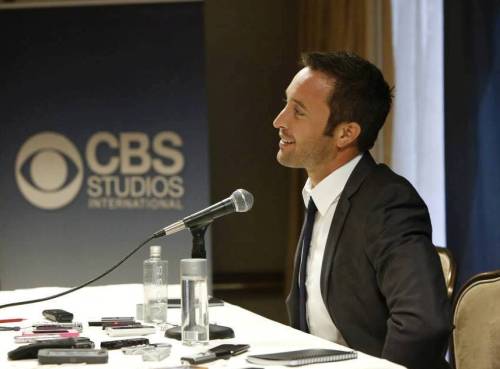 “Peter’s the best,” O’Loughlin said. “It’s crazy. He’s from Montreal but he sounds like he’s from Long Island. He has a Long Island accent. It’s very strange. Look, Peter is the one guy that works harder than I do.

“He is the most committed, resourceful, vision-driven guy I think I’ve ever met. He’s the best writer with plot that I’ve ever met. The way he can solve problems on set, creatively in the script, within 30 minutes’ time, and have the pages ready for is … is incredible.

He’s hands-on. He’s on-set regularly, and always available. I will email him at 4 a.m., and he’ll email me back in three minutes. He’s a huge reason we’re still on the air, why the show is the hit that it is, and why all the fans around the world get to have a show every week.

I really think that with a different showrunner, it may have been a different story. We may not have stayed on the air.”

O’Loughlin is not about to trade in Hawaii for Hollywood any time soon, in any event.

“When I come back to Los Angeles, the first thing I notice is the pollution. Then I notice the billboards everywhere, for TV and movies. I’m, like, “Oh my God, he’s in a TV show? She’s doing TV now?” There are no billboards in Hawaii, no posters or anything.”

“There’s something refreshing about that. Hollywood is like another planet, in that sense. It’s refreshing to be away from that, because that side of things doesn’t inform my life on any level. It just distracts me from what’s important.

And what’s important is my family and my health and my work.” 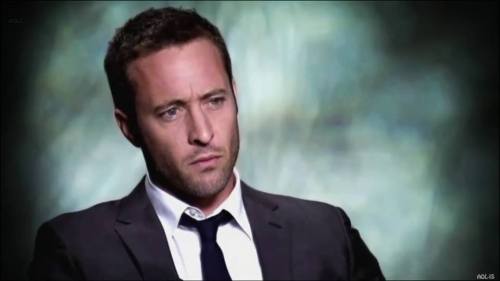 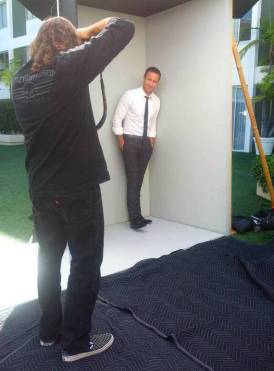 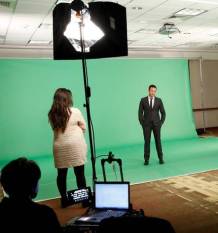