Oy, what a frustrating episode this was for an Alex fan. I wish we had been told in advance, that he would not be really part of it. I wouldn´t have been this disappointed if I had known (and especially with weeks since we got 5.08). It´s great for Alex to get more time off, and obv this season having 25 episodes, it was expected he wouldn´t be part of them all.

If ever there was an episode to be saved with  McGarrett taking a shower, this one sure could have used it 😉

Rove: And now our next guests, stars of the new Aussie film called Oyster Farmer. One is an Aussie icon; the other is one of our brightest young actors.

Please welcome to the show, Jack Thompson and Alex O’Loughlin.

Rove shaking Jack’s hand, saying something that sounds like: So good to have you on the show.
Rove shaking Alex’s hand: A-Rod

Alex: No. [While looking down, he says something that sounds like] I can’t believe you calling me A-Rod.

Rove: Have a seat.

Rove: (Saying some that sounds like)  [Tollo] and A-Rod.

Alex: I can’t believe you know about the A-Rod.

Rove: What’s the A-Rod thing? I’ve been told by a friend of ours, to call you A-Rod.

Rove: Is it a Andy Roddick thing?

Alex: I don’t know what it is. Steve Curry made it up.

Alex: And, it’s my favourite nickname though.

Rove: Even though you don’t know what it means. Just like Hot dogs

Alex: I don’t know what it means. He won’t tell me. 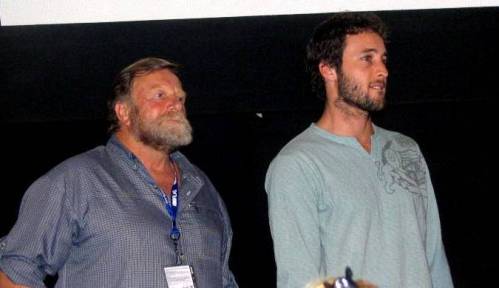 Rove: Maybe that’s what it is?

Now, you two of course together for Oyster Farmer, but you guys have actually worked together before, haven’t you?

He used to sell insurance and I used to buy it.

Rove: It must be exciting for you, I meaning having worked together a couple of times?

But for you Alex, to be with someone like ….. of Jack’s caliber, the first time you met him?
Everyone else with the film as well. David Field, Kerry Armstrong.

Rove: How was it for you as a green kid…?

Rove: …fresh out of NIDA?

Alex: It was hard. I was very scared, you know.

Alex: Yeah, he’s gonna ruin it for everyone.

Jack: Will he remember the lines?

Alex: It’s  … there’s a lot of pressure, that you put on yourself I think. I got there and Jack Thompson and ….. you know. And all the others.

But, I was so comfortable as soon as I got there. They embraced me and I was one of a family and ….

Jack: And now he’s our bastard son. No, no …. it’s fantastic. It’s really fantastic to work with this kind of energy, that’s come of an industry that I’ve been a part of, creating.

You know, I mean, when I started in 1969, ’68, ’69, there was no Australian film industry. We created an Australian industry. And we created a film and television school and filmed being taught at NIDA. And then you get, twenty-five  – thirty years later, you get this generation of bright young stars like Alex, fulfilling these roles,  in a movie like this.

The other night, it premiered at the Sydney film festival and I had seen it for the 4th time. And I walked out and I said to my wife,

“That’s right, I remember what it is, I really love about this country and that’s there in this movie.”

Rove: It is. It’s a great one. And I think a lot of people will enjoy it. It’s a beautiful film, in a lot of different ways.

How do you feel the Australian film industry is fairing at the moment?

“You‘re not going to say that. Say Rove-Rove”

Alex: You know, all I have to say.

No the thing is…

Alex: Hang on, hang on …. my girlfriend loves you, so much.

Alex: I know it is awkward.

Now I get my 20 bucks back and we are square.

Jack: Australian film. The thing about a film industry is, that ah … Well you recognize certain factors about it. One in nine movies returns to the producer in Hollywood. We have had an average of one in seven to one in eight, here.

That really much higher than in Hollywood. And it’s a high risk investment. It’s like farming. There are years where it doesn’t happen. And then when it does happen, it’s fantastic.

And I can’t tell you how many times I’ve heard that the Australian film industry is at the end of its tether. I have heard that quite recently.

But you know, Rove. I won’t use the other thing. You know, having seen the film, that if you want to know how the Australian film industry is now, go and take a look at this.

Rove: Yeah, we’ve actually got a clip from the film here. Alex, I don’t know if you want to set  this up? This is your character of course, who..

Rove: He starts out, he’s moved up to the Hawkesbury from Sydney to become an oyster farmer, to help his sister out, gets himself into a bit of trouble.

Rove: Jack’s character, an ex-Vietnam vet who talks about love and life. Do you know the scene we’re about to show here?

Alex: I do, I do. This is a scene where my character Jack, talks to Jack’s character ‘Skippy’ and asks him if he’s ……..

Alex: And asks him if he’s ever been in love, so..

Dialogue from the movie clip:

Some bastards’ leaps out of planes. Some have a real big wedding. Some lucky bastards even gets laid. And some poor fucks, carve themselves up.

I recon you best to know that part of yourself. Cause, its gonna surface sooner or later isn’t it.

You don’t want it to come as a shock, hey.

Thank you gentlemen. Very good to have you here.

Thank you very much.

This interview was originally aired in June 2005. The fans from Aussies-Adore-Alex-OL.com fan site all pitched in and paid to get this interview from Rove Enterprises. 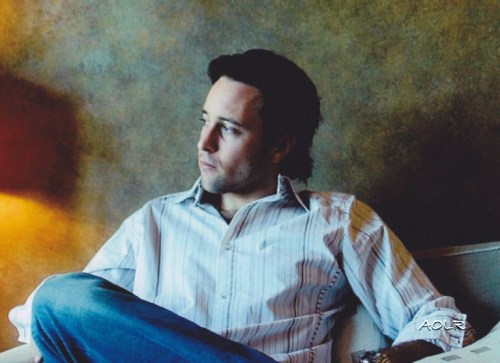 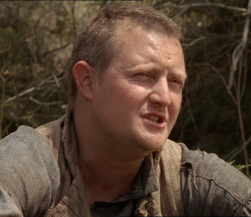 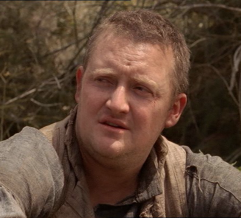