Rachael: So, you guys may recognise my next guest from TV shows like Moonlight, The Shield and Three Rivers, but this weekend you can catch him as Jennifer Lopez’s love interest in The Back-Up Plan

[They show a clip from The Back-Up Plan

– Stan & Zoe are walking to their first date]

Yeah, right. Everybody goes out on a date.

Alex: How are you?

Classy, I spilled water all over the table.

Rachael: Everybody in the audience, all the women, they were like,”Awwwwww”. It does go downhill, kind of after that.

Alex: It does go downhill terribly, but you’ll have to go and see the film to see what happens.

Rachael: But that’s like every, every first date. Didn’t that happen for you guys every time you went on a first date? [giggles] Yeah, right.
So you’re actually Australian, but you’ve been here a while, like five years. We were chit-chatting backstage, we were wondering, do you have throwback phrases, you know, slang, expressions that still make people, you know, that still remind people that you’re Australian? And it makes them do that thing that dogs do when they don’t understand what you are saying? 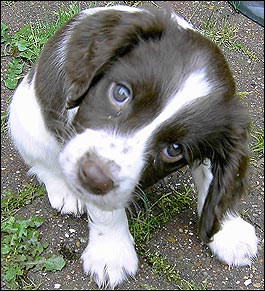 You know that do that …… that thing.

Alex: Actually, it’s kind of embarrassing, some of the things I say. I say. I say, “Fair dinkum”. Which is…anybody Australian, watching this is going to be like, “Agh, quickly become an American citizen, so we can let you go.”

Rachael: I don’t even know what he’s saying. Do you?

Alex: I know, this is the thing.

Rachael: This is the thing.

Alex: I say these things.

Rachael: I have no idea.

Alex: You’ve got to put and ‘n’ in there, otherwise it becomes fair dikum, which is weird.

Alex: It means….I don’t know what it means.

Rachael: Okay, moving right along. We’re off to a good start.

Rachael: So, is…. is an American accent really super easy for you now? You’ve had so much experience with it.

Rachael: So it’s easy for you to slip into that.

Rachael: You know what? I don’t think a lot of people realise about romantic comedies, is that they do… like what they call a chemistry test. They put the two stars together to see if they will have an easy time working together. So that there’s that chemistry there. So tell me about your chemistry test.

Alex: Ah, well it was pretty cool actually. I … the director offered me the role and then I had gone up to meet Jennifer. I had to fly to New York, to meet Jennifer at her house. And so I went out there and it was like, “I going to JLo’s house.” 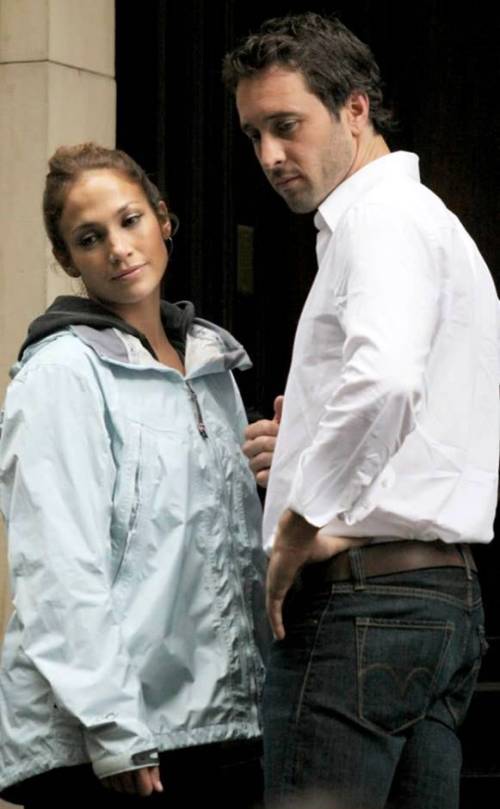 Rachael: I mean this is not in a studio. He’s invited to the house.

Alex: I go to the house. I went to the house. But it was great. You know, because Marc and the kids and Jennifer were there. And Jennifer and I had a chat and we had ….. la ha ha … we had a laugh and kind of if you “get” someone, you get them and you’re okay, “I can work with person.” And we talked about the script and stuff. And then Marc came in and I was like, “What’s up?” We sort of like just walked off. And so Jennifer was like, “Where are you guys going? He’s my co-star.”

Rachael: So you guys had a very successful chemistry test? The fellows? 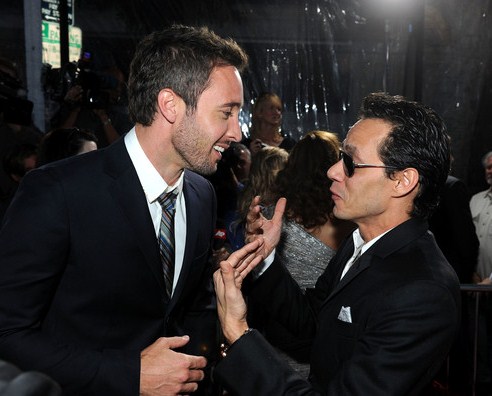 Rachael: So your next film will star Marc Anthony and our friend, Alex.

Rachael: So, this ought to be a dream movie for Jennifer Lopez to get ready for, because her character plays a woman who’s pregnant, so she can pretty much eat anything she wants, during the course of the film.

Alex: She was actually… she had a tough time. I mean she had to eat, because you know part of the pregnancy, you know, is eating.

Rachael: We showed it in the promos. We know she’s pregnant in there.

Alex: Okay, yeah, yeah. No, but there’s another thing. But I’m not going to tell you. I not gonna say.

Rachael: Don’t tell us that.

Alex: I’m not going to tell you. I would give something away.

Rachael: My point is. My point is, you, on the other hand, have to look especially fit. They’ve got scenes with your shirt of and stuff. Does a man feel the same pressure a woman feels? Yeah, there’s a shot there, see. It’s still there.

Rachael: Yeah, you know he’s got that man-dents, they’re really cool by the top of your legs.

Alex: It’s actually a suit. It’s like a little.

Rachael: It’s like a little suit, they put on you.

Rachael: No seriously, does a man feel the same pressure a woman in your business feels?

Alex: No, I mean, there’s pressure, but there’s no…. this is a brutal business for women. I don’t think.

Alex: “I’ll do it”, because every cheese farmer, must be ripped.

Rachael: Must have a trainer.

Alex: Every cheese farmer must be, must be fit, you know.

Rachael: So, we saw a lovely scene there, of what looked to be a perfect magical dream night.

Rachael: For that young character. But the scene does go south. So, we wanted to know, what’s some of the worst dates you ever been on? And or produced miserably.

Alex: I don’t know, I think, I think, there’s a lot of a woman out there that would….  I would be an example for them for a bad date. I just haven’t worked out what it is that I do wrong, yet. So, ….but hopefully, I’ll learn, I’ll learn more as the years go by.

But remember one date I went on with a girl and she was, I can’t remember where she was from. It may have…. I can’t remember, she was European, but I couldn’t understand what she was saying, throughout the date. And this has happened and I think I had this experience twice, but I remember once vividly. And we had dinner and I was just hanging in there the whole time.

Alex: It really became about universal signs like, [whisper] “I’m just going to the bathroom”. And, yeah, yeah. I mean we got that. When the check came, I was like ……”I will get that”. She understood that. There was certain……But that was a tricky one.

Alex: Cause I wasn’t sure what we were…..where we’re going. What was happening. Or what we were talking about.

Rachael: We have a friend who’s actually just from a few states away and we never know what the heck she is saying.

Alex: There you go, yeah.

Rachael: So don’t feel bad about that.

Rachael: So, you know, you mentioned briefly that you watched a lot of American TV. That you’re very familiar with it.

Rachael: So we’re going to put that to the test. We have created….it’s the highest compliment our show can give you, by the way. Because we love playing games here. We’re very competitive.

Rachael:  We have created a game, your very own game. We’re going to play a game with Alex, right after this. 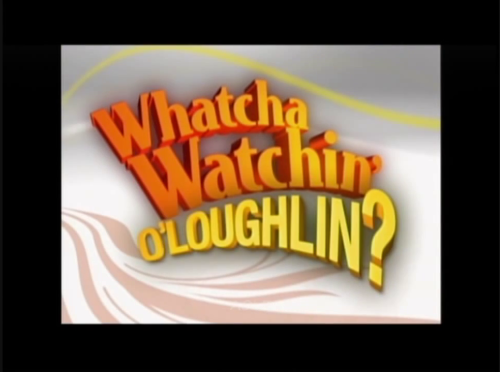 Rachael: This is big. We have created a brand new game in honour of our guest, Alex O’Loughlin. Stars on the big screen, this weekend with Jennifer Lopez in The Back-Up Plan. So we had a little fun with his name and the fact that he likes to watch American TV. So we invented a game called, ‘Whatcha Watchin O’Loughlin?’. [Laughs]

Look we gave you graphics and everything.

Rachael: Now what other show on Television, would give you your very own graphic?

Alex: I don’t know what to say. That’s awesome. I want it on a T-Shirt.

Rachael: This is good, right. Now, if Alex gets five out of seven, right. Five out of seven, correct answers, everyone in the audience and Alex too, will win this soundtrack to The Back-up Plan. Which he really want, because he didn’t know all the great artists that are on here.

To help him out, because he isn’t from America. We thought we’ll give him a little bit of a handicap and we would have an American school teacher, named Brooke, to play along with him.

Rachael: Come on up.

Brooke: So nice to meet you.

Brooke: Thank you. So do you.

Rachael: Now Brooke is a school teacher, she deserves a prize, no matter what. But Brooke, if you get five out of seven right and you help him win this game.

Rachael: I’m not going to tell you what it is, but let me tell you, your prize is big. It’s much bigger than this card. And you would really really want it.

Brooke: Are you good with TV shows?

Rachael: We’re going to show you guys the opening credits of a couple of very famous television shows. You are going to sing a few lines from that theme song. And all you got to get, is five out of seven correct. You have to sing them though.

Alex: How many, how many lines is a few?

Rachael: Even just a smitch.

Alex: A smitch you say.

Rachael: They didn’t tell me, so I’ll let you go with a smitch.

Brooke: Are you ready?

Rachael: Before we go though, I don’t want you to leave without me asking. I loved it as a little kid. Cause I loved crimes shows. I loved Hawaii Five-o.

Rachael: I heard that you are in the Pilot of Hawaii Five-0?

Alex: I’ll come back, I promise.

Rachael: Now we can play the game…

You can listen to the sound clip of Alex singing:

Links to the interview