Reporter: I just learned that pretty much your whole team is born in August.

Alex: A lot of us are. How about…… Did you know that Scott and I were born, like the same time?

Reporter: You guys the same age?

Reporter: You guys are brothers.

Alex: Evidently I got the smarts. I kind of got the looks. There are differences. A lot of differences, but we’re….. 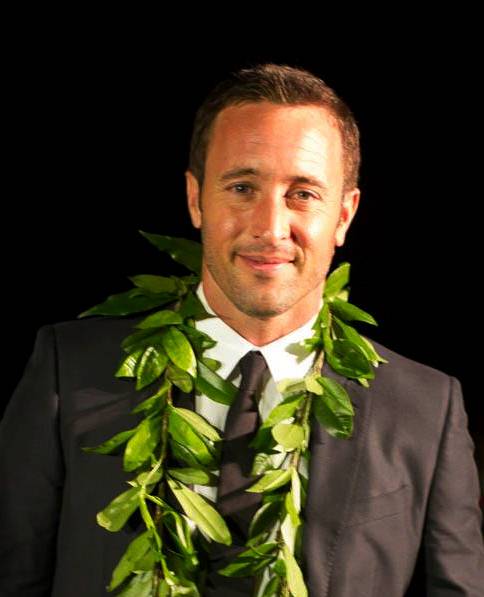 Reporter: And your son Lion.

Reporter: Turning one in October.

Reporter: Where did you get the name from? Lion?

Alex: Well we thought. Actually Malia was convinced that is was a girl. And I did not question that cause mothers know best. So we were thinking up names for a girl and the middle name was going to be Lyon. She’s a house in France. And I always loved the town of Lyon. And I loved that as a name.

And we had our first ultrasound and we discovered that our little girl had a penis. And so we couldn’t call her what we were going to call her. But I was like, “We still can call her Lyon”. And we were like, “What about Lion?” And we were like, “No we can’t”. It’s the greatest ever.

[Just some information: Lyon is a city in east-central France, in the Rhône-Alpes region, situated between Paris and Marseille]

Reporter: Is he a lion?

Alex: OMG. I couldn’t bring him tonight, because…. Well for two reasons. First of all he had his Frank Zappa…… Gail Zappa sent us a little baby package and one of the things was a onesie with “I love nipples”. Zappa, like Frank’s, ‘I love nipples’ shirt. And he had that on. But he’s kind of a bit….. He would have got drunk. He would have taken over the carpet. And it’s my night. It’s my night.

Reporter: Season 4. How excited are you? Is Hawaii home for you now? 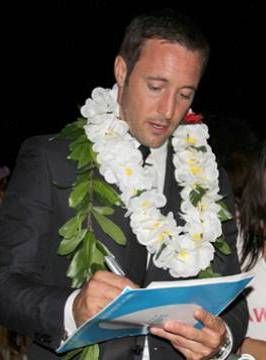 Reporter: Are you excited that it’s Season 4 now?

Like, I don’t know what we’re doing right? But we love our jobs. We get to employ like hundreds of people locally. And feed families and help pay mortgages and all the rest of it. And people watch us as well. Every single day that goes by, especially these days, I’m indebted to the universe, man. 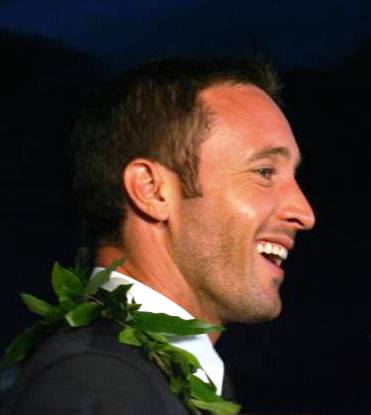 Reporter: Does Steve find out who killed his father?

Alex: Um, um….. Does Steve find out who killed his father? He still doesn’t really know, does he? He’s pretty confused and upset. I’ll tell you next time.

Alex: Good to see you. 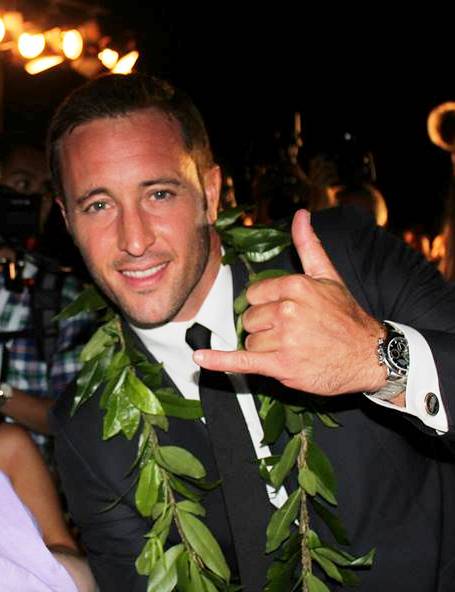