The Steve McGarrett Story – No #98 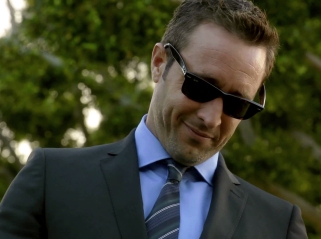 It is 20 September 2014 and I think Steve shows us that he truly is ‘An Officer and a Gentleman’. The respect and honour that he shows for his dead father is heart warming. Putting on a suit and tie (in Hawaii) to visit John’s grave on the anniversary of his death. Remembering that terrible day, 4 years ago when he had to hear him die………

Steve: Hey Dad. I spoke to Aunt Deb last week. Looks like she’s gonna give chemo a shot. She said to me that the McGarrett’s are fighters. And Mary, Mary is good. You would not believe it that, but she is become such a strong woman. She’s such a great mother to that little girl. She sends me like video every other day. Getting to watch Joanie growing up.  It’s amazing. Kid’s starting to take her first steps. I really wish you were here for all of this . I think you would have liked being a grandfather. Miss you dad.

This fangirl would have liked it if Steve added this:  Dad, I really wish you were here to help me figure out how to handle things with mom. I love her so much and thought we got a second chance, but she keeps on disappointing me. So much of her and your past, still doesn’t make sense to me. It is kind of lonely at the moment for me, because the woman who I love and who’s been part of my life for many many years now, chose duty and honour towards strangers above me. Maybe she’s a bit like mom, I guess. I don’t think the old her, will ever come back to me. She lost someone close to her, and I think it kind of broke her and I could not help her to fix it. I don’t know how you coped without mom and having a partner and lover for so many years? Not sure if that is a life I would choose for myself. Maybe some day all this will be forgotten, with only the good memories left…. 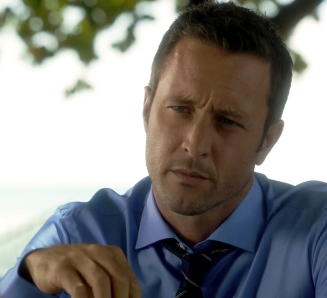 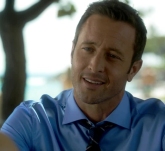 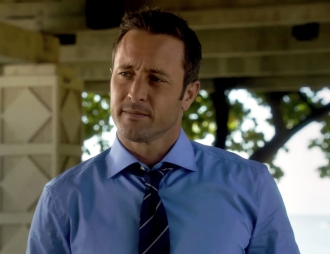 Steve returns to his car and phones Mary, but while they talk he sees a strange woman kneeling at John’s grave and he follows her when she leaves ….

Steve: Excuse me. Hi. Sorry to bother you. I saw you at John McGarrett’s grave. Did you know him?

Ellie: You’re his son, aren’t you?

Ellie: You have his eyes. Ellie Clayton.

Ellie: I can see that.

Steve: Do you mind telling me how you knew my dad.

They have some coffee, and she tells him of how her father was killed 19 years ago and that John investigated the murder. They were never able to catch the shooter, but John stayed in touch with her. He also took her out for lunch on the anniversary of her father’s death every year and that she now pays her respects to him on his. Then she says that she needs to leave because she is due in court in an hour.

A few things hit me in these first words between them

Ellie ala FOYeur: You are Steve McGarrett, John’s son. I saw you at the funeral, but knew you had so much on your mind at the time and did not want to bother you. I ‘ve been working on the mainland for the past 5 years and only got back a couple of months ago. I really missed this place. Heard about your task force the minute I got back, but haven’t had time to look you up. I am a prosecutor, so at least we are on the same side. 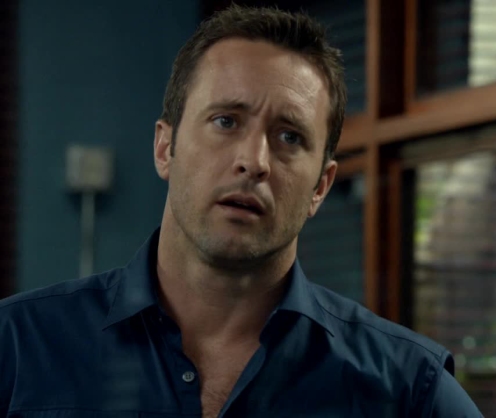 Ellie tells him that his dad called her shortly before his death to tell her that there might be a new lead in her dad’s case. And she also says that her dad’s bar was Aces High. Steve seems to remember something and back at home he takes a look in the Champbox. In there he finds a matchbook from Aces High.

If you have been following Steve’s story with me, you’ll know by now that I’m a tad disappointed at how the wonderful potential of the Champbox have not been used effectively. Well this is no different. Firstly, a matchbook is hardly evidence of anything. And the fact that it was even in there without us ever seeing all the stuff being returned after it was stolen is just sad. Add to that the fact that through everything these past 19 years, the matchbook still looks like it was freshly manufactured and placed in there – (just for this episode) 😦 .

Steve asks Chin what he knew about the case.

Chin: You want to reopen this case?

Steve: Obviously this meant a lot to my dad. I owe it to him to try to solve it.

Steve and the team follows the leads and they come to the conclusion that the murder was not as a result of a robbery, but that Paul Clayton was targeted.

Chin: Your dad really went at this one hard, didn’t he? He definitely ran down every lead.

Steve: Yeah. He really wanted to get justice for Ellie. I think that’s why he looked after her the way he did., because he never could.

Chin: Actually Steve. I think it was a little more than that.

Your dad had some regrets. But you know what I think his biggest one was? Sending you and Mary away when he thought your mother’d been killed.

Steve: I mean, he had to. He did that for our safety.

Chin: Yeah, he did. But I think he came to believe it would have been better for you if he hadn’t. And he should have kept you close. Be in your lives every day.

I get the feeling here that the writers have regrets and kind of want to re-write John McGarrett (or maybe not). If he was really regretting his actions and decision about sending the kids away, there was always time to undo it or change it. He died fifteen years later, without  ever doing anything about it. Just living with that regret without taking action for a man who never gives up? It actually sounds even worse to me, than staying with the original believe that what he chose was best for his children and their safety.

I also wonder why John’s children did not ever visit him as adults. They could make their own choices once they grew up, but they still chose to stay away? Why? Is there any motivation for that or maybe the writers just never thought that, that they were actually grown-ups for most of this time? Capable of making their own decisions about their own security and feelings towards their dad…..

The Team solves the case and after 19 years, Ellie can rest assured that the man who killed her father was caught (killed?). And also that her dad died because he was targeted for trying to do something good for someone.

Ellie: I was just on my way to the hospital to see Jordan. I wanted to stop by first and say thank you, in person. 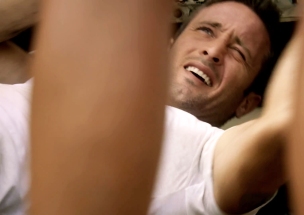 Ellie: I should really get going.

Steve: Ah. Am I going to see you at the National Memorial next year?

Ellie: Yeah, I’ll be there.

Ellie: Hope it won’t be that long before we see each other again, though.

And again we end the episode with a Soap Opera style ……

“Tune in next time to see why Jerry got kidnapped”

I like the idea of Ellie. Her character is long overdue and could have even been introduced a year or two earlier. For me it is great when Steve learns things about his father that happened in those wasted years. Really hope they will give her and Steve a good chance, before trying to please the loudest online screamers…….

My song for this one – “When you wish upon a star”

Pic for the Day – Officer´s profile

Winter is coming… (any GOT fans here?) 😉